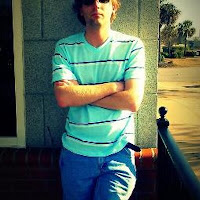 HN: We are still not sure whether Trump is going to put his radical promises into actions or not. New York Times believes that Trump is stepping back from his views gradually. What do you think about it?

I’m not sure how radical Trump’s views ever were. I think because he gave lip service to some ideas – ending free trade, backing away from the war on Syria, etc. – that many people saw some of those views as radical. But that’s America in 2016. We, as the American people, are so unaccustomed to seeing views that differ even slightly from the status quo and the current course of events that even glaringly obvious ideas like the two I just mentioned are considered “radical.” Trump is naturally going to step back from his stated positions because he won the election and this is the time when politicians who promised peace, jobs, rights, etc. start backing away from the promises and start “seeing the value of the other side” and become “practical.”

While I saw Hillary Clinton as, by far, the worst option, make no mistake Trump is a fascist. I wouldn’t bet my money on total war avoidance simply because he won. In fact, I think a confrontation with Iran is still very much on the table with a Trump administration. You can see that by Trump’s own rhetoric.

HN:  Some analysis suggests that trump is not able to finish his four years period of presidency because of his immature beliefs and hard line views. What do you think?


It’s going to all boil down to whether or not the U.S. oligarchy wants Trump to finish his Presidency. I don’t think his personality is going to preclude him from serving his four years though. After all, LBJ was president despite a range of psychological issues. Reagan served despite the possibility of exhibiting early symptoms of dementia in the latter years and George Bush served despite a host of sexual, psychological, and mental issues. Likewise with Clinton and George W. Bush – issues with sexuality, possibly even pedophilia, and psychopathy. Obama, too, is a text book narcissist. It seems a certain level of psychopathy and mental breakdown is a pre-requisite for serving as U.S. President.

As for his “hard line” views. What are they? I’m not sure. Trump has been quite malleable from what I can see. During the campaign trail he went back and forth so often, with so little actual detail as to what he believed and what he wanted to do, it’s still hard to criticize him accurately because no one fully knows what his plan might be. Even if he did have hard line views, there are other factors involved such as the deep state that will fight him tooth and nail if his agenda does not line up with theirs. His own advisors and cabinet members represent the establishment enough that Trump is showing there is less and less danger of veering off the present crash course.

HN: Do you believe in any observable differences between Clinton and Trump administration or democratic and republicans , knowing that the main factions that decides for America is lobby and pressure groups?

Not really. But, as I said earlier, I do see Clinton as the worst option. Clinton represented the very worst of the American establishment and an open admission that not only is democracy dead in the West but that a series of inhuman policies were going to be implemented both domestically and internationally. Not that this wouldn’t happen anyway but what I am saying is Clinton was an open admission of it. A Clinton presidency would have been an open war on the American people and the people of the world. Trump, bad as he may be, had some redeeming qualities such as his pro-gun stance, his ability to question the safety of vaccination, his critique of free trade, and his suggestion that he would back away from the war on Syria and begin rapprochement with Russia. This is not to say that Trump will be a great President or even a good one or even anything other than a fascistic tyrant. I don’t have hope for a Trump Presidency, in fact. Trump is a fascist and that much is clear. I hope we would at least some positive aspects from Trump but I expect the next four years to be a clampdown on rights at home and military action abroad. Clinton, however, would have been a crossing of the Rubicon because it would have been essentially a green light to the establishment.

As for differences between Democrats and Republicans - absolutely not. They are merely different presentations of the same agenda. This goes for their supporters also. They both love war. They both want to break unions and promote free trade. They both have shredded the U.S. Constitution and civil liberties here at home. We could go on and on. Democrats and Republicans only exist for one purpose and that is to keep Americans convinced that we have actually have a choice in terms of who is in charge. They provide teams for voters to join based on their pedigree and thus provide the illusion of choice and competition. It is a method of control and it’s much like a football game here. You can scream and yell for your team but it doesn’t really matter who wins since the league reaps the benefits.

HN: According to the revealed reports , George Soros has attributed a big budget to challenge Trump administration as they met in Washington some days before . What is the reason behind that in your point of view? Would they be successful in their efforts.

What you are asking about ties in to the question about Democrats and Republicans as well. This is the strategy of tension that is used to control and dominate the domestic population here in the U.S. It appears that the Anglo-American establishment is embarking upon the method of “divide and conquer” but this time on steroids. This has been years in the making. American propaganda – television, movies, and media – have radicalized so many different categories of people that Americans are constantly at each other’s throats. You become acclimated to it if you live here. If you don’t, you sense it as soon as you touch down in the U.S. Everyone has been pushed into assuming identities in the identity politics game. Democrats and Republicans, liberals and conservatives, whites and blacks, women and men, gays and straights, millennials and the older generation, - all of these groups are at each other’s throats because of perceived wrongs done to them by the other group. This is divide and conquer if ever there was an example and Soros has been right in the middle of most of it.

This anti-Trump movement, heavily supported and instigated by George Soros and his organizations, is simply part of this same strategy. It is a method of radicalizing people into seeing Trump as a danger to their race, gender, or other identity group. They are so radicalized that they become violent or actively bully supporters of Trump who, in turn, become radicalized as a result of the pressures coming from the anti-Trumpers and thus we have conflict. After years of pushing Americans into identity groups, America is poised for some real internal conflict between these groups.

Notice also, that these anti-Trump protests never focus on real issues regarding Trump. They all focus on phantoms of racism, etc. It’s a perfect way to deflect energy into a black hole with no hope of brining about any positive change.

The question of whether or not they will be successful is a little more difficult to answer. This is a tried and true method that didn’t start with Soros so the odds are in their favor. It would require something massive and unexpected to their plans to reverse the course Americans are currently on.

HN: How do you see the future of American protests and people dissents? Would this wave of discontent spread all over America or it stop?

Again, it depends upon the whims of the Anglo-American establishment as to how far these protests will go and how far they want to take this strategy of tension. In terms of real protest and dissent, however, it’s become increasingly difficult to organize a mass movement in the U.S. In fact, any real organic protest movement is either ignored into silence or it is quickly infiltrated by intelligence/law enforcement operatives or operatives from various NGOs and Soros-style organizations.

The grip that propaganda and infiltration has over the American activist community and over the people as a whole is simply not understood by outsiders. Because of their media and television, Americans live in a very different reality than Iranians, Syrians, Russians for instance. Not that these countries don’t have their propaganda. They do. But Americans are so tightly gripped by what is shoveled out in their media and the subtle storylines in television and movies that it has taken a firm hold over their minds.

Something unexpected and massive would have to happen to break that spell of propaganda if Americans have any hope of organizing and engaging in a mass movement. The alternative media has been essential in breaking the hold that the government and corporations have on the minds of many people and that is precisely why we see Google, Facebook, and the U.S. House doing whatever they can to label the alternative media as “Russian propaganda” and even moving to censor it, choke it out, or simply ban it.
Posted by Admin at 8:46 AM