What The Hell Is Happening In Hong Kong? 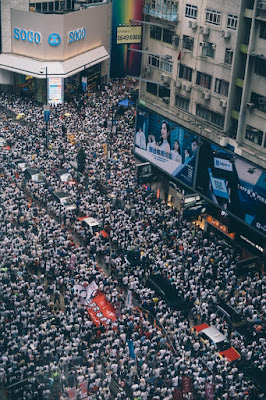 Over the past few months, both mainstream and alternative news outlets have been covering massive protests in Hong Kong where tens of thousands of people have taken part in demonstrations that have since devolved into violence both with police, counter-protesters, and others. These protests have seen injuries on both sides and have now caught the eye of the world.

But the question is more nuanced than simply whether or not one supports the protests. After all, we have seen plenty of protests in the past that, at first glance, seemed legitimate, but unfortunately turned out to be merely tools of Western governments. So the first question is "Are the protests legitimate or are they a color revolution?" In 2019, it is no longer safe to assume that protesters are organic. However, it is also not safe to assume that every action of civil unrest is because the United States has organized a coup.

Before we look in to whether or not the protests are legitimate, it is important to understand the trigger for the demonstrations that are currently taking place. The first protests in Hong Kong began in response to a proposed extradition bill that would have seen individuals who are wanted in territories with which Hong Kong does not have an extradition agreement to be detained. Many of the opponents of the bill felt that it would have placed both Hong Kongers and visitors to the territory essentially under the jurisdiction of mainland China, thus making the "one country, two systems" setup obsolete. Others, however, argued that the extradition bill made sense. After all, since it would be difficult to negotiate an extradition agreement with Taiwan or China, it would be useful to at least provide some sort of avenue for justice for individuals who committed crimes and subsequently crossed the border to evade jail time or other punishment.

It is worth noting that the bill was submitted by the Hong Kong government. It is also worth pointing out the complexities of the "One country, two systems" agreement whereby the British, after decades of imperialist rule over Hong Kong, ceded it back to China in 1997. The British forced Beijing to accept a number of conditions such as the agreement that Hong Kong would draft a mini-Constitution and retain its capitalist system, own currency, legal and legislative system as well as individual rights and freedoms. However, this agreement was only to last for fifty years, when the agreement is set to expire and Hong Kong is to be fully returned to China in 2047. 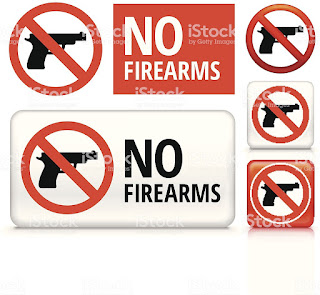 Within minutes of the tragic mass shootings in El Paso and Dayton, gun control fanatics were predictably not letting a crisis go to waste by calling for extreme measures of gun control. The usual suspects were at it – Soros organizations, MSM, left-wing extremists, and Democratic Party members – but, interestingly enough, they were joined by many Republican lawmakers as well. While Lindsey Graham, a Senator who has scarcely seen a right in the Bill of Rights he hasn’t wanted to carve up for dinner, is no shocker, others in staunchly red states have also joined the call for stricter gun control measures. Most surprising, however, is that President Donald Trump has jumped on the bandwagon, calling for “red flag laws” among other egregious measures to deal with the recent spate of shootings in the United States.

The response from Trump’s based has been a mix of personality cult support and virulent opposition, hinting that Trump, if he goes forward with his “red flag” proposal, could be shooting himself in the foot for 2020. After the last few years, it is clear that nothing Trump could ever do would convince a leftist to vote for him. However, he can convince his own supporters to stay home in 2020 and that appears to be what is going to happen if he doesn’t quickly pull an about face in the manner that he has done in the past in regards to many of his positive attempts to govern (Syria, Afghanistan, etc.).

So What Is The Problem With Red Flag Laws?

For those that may not be aware, “Red Flag” Laws are allegedly devised to disarm individuals who may be at high risk to commit violent acts before they are able to do so. These “red flags” can be thrown up by law enforcement, mental, and medical professionals regarding a person’s mental state and/or capacity to do harm. In some cases, family members and others can also trigger the gun confiscation order. A number of states in the US already have such laws, Maryland being the most memorable example.