A message to the American people from Syria - your media is lying to you. The truth about the released ISIS prisoners and why Israel wants the neocons to stay in #Syria.

As you know, I have been doing my best to keep up with the events transpiring in Syria over the last eight years. In recent days, events have been so fast as to preclude me from being able to write enough article in real time. Therefore, I'm encouraging you all to find me on social media (Facebook and Twitter @BrandonTurb - Twitter is embedded here on the site) to follow my posts about the situation as it takes place. The articles, videos, interviews, etc. will continue to be posted here as well.

Thanks as always for your support.

Brandon Turbeville
anticodex@yahoo.com
Posted by Admin at 7:23 PM No comments: 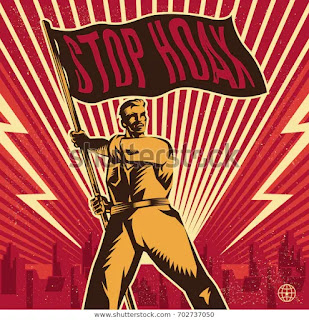 As the Western corporate media becomes apoplectic with rage over the fact that the United States appears to be withdrawing from Northern Syria and the Syrian government is reclaiming territory in the same area, the propaganda coming from those outlets is increasing. Along with catcalls of Syria being "Trump's Saigon" from war criminals like Susan Rice, MSM is also attempt to frame the narrative of "abandoning the Kurds" in order to pressure the Trump administration into remaining in an unjust and unwinnable war.

Perhaps an act of brazen propaganda or perhaps an oversight , ABC recently ran a propaganda piece regarding the "Slaughter In Syria," a phrase used to denote Trump's apparent betrayal of the Military Industrial Complex and to paint a withdrawal as an act of complicit genocide.

Alongside the report, however, was an accompanying video, that appeared to show the firefight taking place in that "slaughter." The problem is that this video was apparently taken in 2017 inside the United States at a place called Knob Creek Gun Range, in West Point, Kentucky.

As Becket Adams writes for the Washington Examiner in their article, "ABC News' 'Slaughter In Syria' Footage Appears To Come From A Kentucky Gun Range,'

ABC aired supposedly shocking footage Monday and Sunday purporting to be from the frontline battle between the Syrian Kurds and the invading Turks. The only problem is: The footage appears to come from a nighttime machine gun demonstration at the Knob Creek Gun Range in West Point, Kentucky.

Understanding Syria, The Kurds and the Iranian Oil tanker

What Does the US military Draw Down Mean for Syria

Trump’s New Pullout Of Syria: Is It Real Or Just Re-positioning? 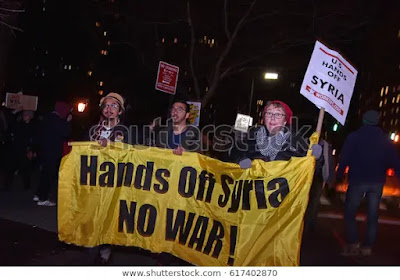 With the surprise announcement by US President Donald Trump that American troops would be pulling back, refusing to defend the Kurdish forces it has supported from Turk attack, and refusing to support the Turkish forces now invading, almost as many questions are being raised about the future of the US presence in Syria than existed 24 hours before.

While the announcement is most certainly a welcome development, particularly for those who oppose American military involvement in Syria, it also raises the question of whether or not the US will be pulling out of Syria entirely or simply pulling back troops from the Turkey/Syria border. Will the US leave its encampment at Tanf? Will European forces take America's place? Will America simply reposition itself as Turkish forces move in? What is Turkey's real motivation? How will the Kurds react? How will Syria react? Perhaps even more pressing, how will the Military Industrial Complex, American War Machine, and Deep State react at home?

All of these questions remain without answers at this moment but will undoubtedly become answered within the coming days.

Is The US Pulling Out Or Pulling Back?

According to a flurry of MSM reports as well as a statement from the White House, the United States is pulling back from the area where Turkey is now planning to invade. “Turkey will soon be moving forward with its long-planned operation into Northern Syria,” the White House said in a statement released just before 11 p.m. in Washington. “The United States Armed Forces will not support or be involved in the operation, and United States forces, having defeated the ISIS territorial ‘Caliphate,’ will no longer be in the immediate area.”

Epstein's Trail Leads To The Top: A Collection of Articles and Videos That Help Connect The Dots (Continuously Updated) 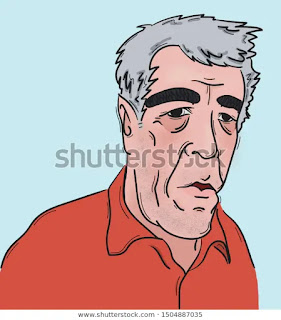 The arrest of Jeffrey Epstein on July 6, 2019 triggered a renewed interest in the dark networks of sex trafficking, blackmail, espionage, satanism, and pedophilia that infest the halls of Big Corporations, banks, and government. Epstein's alleged suicide on August 10 virtually united the world in the knowledge that there was much more to the story than the general public was being told. Still, as major revelations keep coming from incidents and individuals surrounding the Epstein case, mainstream media is incredibly quiet about important evidence and implications.

As a result, I have chosen not to attempt an exhaustive article of my own, but rather to put together a series of articles and videos that are either written/recorded by highly skilled journalists and researchers as well as those in msm that may be of interest or assistance in pointing toward the deeper implications of the Epstein case.

Below are a number of links that pertain to the Epstein case and the wider conspiracy. Occasionally, I may update this page with new links.

Possibly the most succinct summary of the Epstein saga available on the internet: