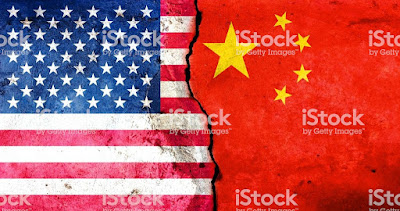 There is a crisis in the Western world. Both in terms of domestic affairs and foreign policy, Western nations are showing all signs of impending collapse. This is despite the fact that the flagship of the Western world, the United States, continues to expand its empire across the globe. At the same time, the world is witnessing the “rise of China,” an empire in its own right though no one seems to have any interest in calling it what it is.

The American empire has come to terms with itself to some extent. Through all the claims of support for “democracy” and “freedom,” the United States has transitioned to an authoritarian state at home and a rampaging military of conquest abroad. Afghanistan, Iraq, Libya, Sudan, Syria, Ukraine, Egypt, Somalia, Niger, Cameroon, Nigeria, Venezuela, Chad and Mali all serve as hot battles for the American military (in cooperation with other Western militaries, including Australia) in service of forcing governments into accepting the rule of private central banks, big biotechnology firms, pharmaceutical and industrial corporations and forcing those nations into providing raw materials for major industry centered in the Western world.

This says nothing of the American military bases in place across the globe. The US military posture of aggression coupled with threats of invasion against sovereign nations who are not compliant is well-known the world over and only the willfully blind do not see it.


But the US is definitely not alone in this.