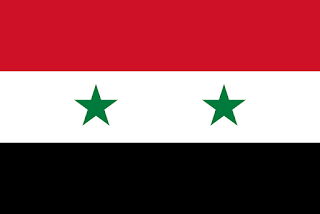 When US backed "moderates" capture Syrian Army soldiers they execute them, often by beheading. I have seen pro-rebels "civilian" mothers cheering while they let their children play soccer with the heads of the soldiers.

The trouble with "rebels" is they love to post bragging videos of such things. Or, they use the captured soldiers as human shields.

The Syrian government will often execute FOREIGN terrorists they find in their country. Good for them.

They offer amnesty and reconciliation to most Syrian militants. They can choose to return to their lives before the war or fight in the Syrian Army or they can choose to get shipped in buses to Idlib.

95% of the 100,000 people who were in East Aleppo are chosing to live in areas under government control.

These buses are transporting militants to Idlib, an al Nusra (al Qaeda) controlled province which will hopefully be dealt with soon.

Janice Kortkamp is a pro-Syrian activist who has traveled to Syria on several occasions to witness the situation firsthand. She has long opposed the U.S. war on Syria and given a number of lectures on the topic. She is an occasional contributor to BrandonTurbeville.com
Posted by Admin at 11:44 AM