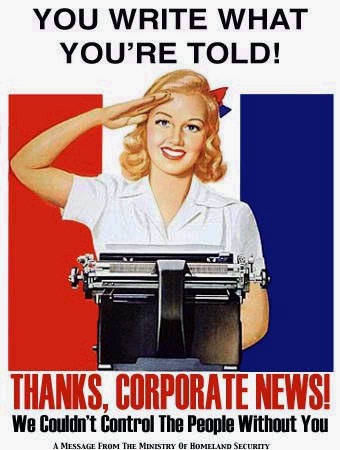 As al-Qaeda forces seize power over the city of Idlib in Syria and begin to install a reign of Sharia terror on what is left of the population that was unable to evacuate, bombs rain down upon Houthi rebels in Yemen. Interestingly enough, both fronts are those for which the United States, NATO, and the GCC are able to hold their heads high in the Mockingbird mainstream media as examples of how the US and its allies stand for freedom and democracy across the world.

In Yemen, the US stands firm in its support of what it claims is a “democratically elected legitimate government” by assisting its Gulf State monarchy allies and Egypt in a bombing campaign against the “violent and extreme” rebels threatening “order” and “stability” across the country. In Syria, the US proudly proclaims its support for the “underdog” of “rebels” attempting to overthrow a “brutal dictator” who “violates human rights” and “kills his own people.”

Indeed, it is the tale of two rebellions.

It is the unbelievable arrogance of a ruling class to claim to contradicting ideologies and justifications for the same act in front of an entire nation without fear of exposing their true agenda. Unfortunately, in 2015, it is more confidence than arrogance since there is undoubtedly empirical evidence of success, since the American people have fallen for virtually every excuse given for military conflict since the first World War. Indeed, the general public is now fully capable of lapping up any excuse for war fed to them by the ruling class and equally capable of forgetting that justification as rapidly as they are required to in favor of another.


Nevertheless, the US position on Yemen vs. Syria is quite telling.


In Syria, the United States is supporting what it calls “moderate rebels” but who are, in reality, bloodthirsty jihadist mercenaries funded, trained, armed, and directed by the West for the purposes of destroying the secular government of Bashar al-Assad. These alleged “rebels” are overwhelmingly foreign fighters and who are directed by foreign powers. For all intents and purposes, it is an invasion. Yet, in Syria, foreign involvement in the organization of gangs of terrorists running rampant across the country is entirely acceptable in terms of international relations.

In Yemen, however, a revolution that appears to be almost entirely organic (although admittedly receiving some assistance from Iran although the extent of which is unknown) and made up of entirely Yemeni fighters against a truly oppressive government is considered a foreign-backed insurgency. In this instance, a foreign-backed insurgency targeting the national government cannot be tolerated by the international community.

In Syria, any combat operation taken by the Assad forces against the Islamic State where civilians may be caught in the crossfire (or even when there is no evidence of civilian death), the Assad government is accused of “killing its own people” and “crimes against humanity.” Any airstrikes taken by the Syrian military are considered to be “human rights violations” if civilians are unintentionally harmed in the process.

Yet, in Yemen, where the bombing campaign against Houthi rebels resulted in 39 civilian deaths, there were virtually no reports circulating in the mainstream Western press of these victims. In this case, civilian deaths were acceptable losses and “collateral damage.”

Obviously, the US and its mainstream mouthpieces are quite selective in regards to which deaths are acceptable and which ones are not. The West is thus presenting propaganda at the most basic and simplistic level. Simply put, anyone killed by the enemies of the West was intentional and a crime against humanity. Anyone killed by the West is a murderer, terrorist, and an enemy and therefore had it coming.

Regardless, any claims of concern for human rights should be met with howls laughter if such a campaign is to be led by notorious human rights violators like Saudi Arabia. As Tony Cartalucci writes,


The unelected hereditary regime ruling over Saudi Arabia, a nation notorious for egregious human rights abuses, and a land utterly devoid of even a semblance of what is referred to as "human rights," is now posing as arbiter of which government in neighboring Yemen is "legitimate" and which is not, to the extent of which it is prepared to use military force to restore the former over the latter.

The United States providing support for the Saudi regime is designed to lend legitimacy to what would otherwise be a difficult narrative to sell. However, the United States itself has suffered from an increasing deficit in its own legitimacy and moral authority.

Most ironic of all, US and Saudi-backed sectarian extremists, including Al Qaeda in Yemen, had served as proxy forces meant to keep Houthi militias in check by proxy so the need for a direct military intervention such as the one now unfolding would not be necessary. This means that Saudi Arabia and the US are intervening in Yemen only after the terrorists they were supporting were overwhelmed and the regime they were propping up collapsed.

In reality, Saudi Arabia's and the United States' rhetoric aside, a brutal regional regime meddled in Yemen and lost, and now the aspiring global hegemon sponsoring it from abroad has ordered it to intervene directly and clean up its mess.

Cartalucci rightly points out that the bombing campaign over Yemen is nothing more than a proxy war to not only protect US-backed assets in power in Sanaa, but also to combat Iranian influence in the region.

Although it has been admitted by military-industrial complex think tank RAND Corporation that Iran’s military strategy in the Middle East is largely defensive, the US and Western governments are portraying events in Yemen as if they are the result of Iranian aggression. This despite the fact that virtually all of the destabilizing events in the Middle East in recent modern history have been created the United States, NATO, and/or Israel.

The fact is that Iran is not a controller of the Houthi rebellion. While Iran may indeed be playing a nominal role in assisting the rebels out of geopolitical strategy and most certainly would be a willing recipient of any information provided by the rebels, the NATO/GCC goal is to deny Iran any influence it may have upon Yemen in the event of a total Houthi takeover of the country.

In the process, military and political pressure will be implemented in order to prevent the Shiite Crescent from becoming a circle. Blatant lies and hypocrisy will no doubt be implemented as well.

Recently from Brandon Turbeville:
Brandon Turbeville is an author out of Florence, South Carolina. He has a Bachelor's Degree from Francis Marion University and is the author of six books, Codex Alimentarius -- The End of Health Freedom, 7 Real Conspiracies, Five Sense Solutions and Dispatches From a Dissident, volume 1 and volume 2, and The Road to Damascus: The Anglo-American Assault on Syria. Turbeville has published over 500 articles dealing on a wide variety of subjects including health, economics, government corruption, and civil liberties. Brandon Turbeville's podcast Truth on The Tracks can be found every Monday night 9 pm EST at UCYTV.  He is available for radio and TV interviews. Please contact activistpost (at) gmail.com.
Posted by Admin at 6:25 AM