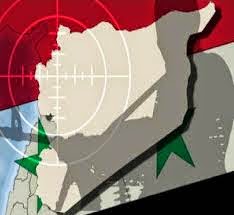 
Yet another extremist brigade in Syria presented by the United States and mainstream media outlets as “moderate” has now officially defected to the side of ISIS and al-Qaeda.

Harakat Hazm, propagandized to the American public as the face of the “moderate rebellion” in Syria has been the recipient of a large quantity of American weapons in the past including TOW anti-tank rockets and other arms.

According to mainstream outlets like the Daily Beast, Harakat Hazm was one of the few terrorist organizations actually trusted by the White House, hence the heavy amount of weaponry provided to them by the Pentagon. As funding for the death squad forces began to dry up, the story goes, the beleaguered fighters were forced to join ISIS in order to stay alive in their fight against the secular government of Bashar al-Assad and their alleged fight against al-Nusra (ISIS/al-Qaeda).

The truth, however, is that Harakat Hazm is nothing more than another branch of the jihadist extremists such as ISIS, al-Qaeda, al-Nusra, and the FSA. Even more so, Hazm functions more as a funnel of weapons provided by the West at taxpayer expense to the very terrorist organizations that the Western public is constantly propagandized to fear.

Since Hazm is represented to the public as “moderates,” they are able to act as the public face of the “rebellion,” while the true recipients of weaponry go to their intended target – ISIS, et al.

It is thus important to remember the Washington Post article from 2014 entitled, “U.S. Backed Syria Rebels Routed By Fighters Linked To al-Qaeda,” where the US news agency attempted to describe how al-Nusra fighters were able to capture large amounts of weaponry from Harakat Hazm in the village of Khan Subbul in November of last year. The Washington Post reported that,


Among the groups whose bases were overrun in the assault was Harakat Hazm, the biggest recipient of U.S. assistance offered under a small-scale, covert CIA program launched this year, including the first deliveries of U.S.-made TOW antitank missiles. The group’s headquarters outside the village of Khan Subbul was seized by Jabhat al-Nusra overnight Saturday, after rebel fighters there surrendered their weapons and fled without a fight, according to residents in the area.

Harakat Hazm, whose name means “Steadfastness Movement,” had also received small arms and ammunition alongside non-lethal aid in the form of vehicles, food and uniforms from the United States and its European and Persian Gulf Arab allies grouped as the Friends of Syria alliance. Scores of its fighters had received U.S. training in Qatar under the covert program, but it was also not possible to confirm whether any of those fighters had defected to the al-Qaeda affiliate.

While it is certainly true that, because of the mentally deranged nature of the fundamentalist terrorists belonging to these various groups, there are a number of violent conflicts that take place between them as they vie for power or quibble over disagreements in religious minutia, it is also true that the implied apocalyptic battle between Nusra and Harakat Hazm presented by mainstream outlets like the Washington Post never actually took place.

In other words, the U.S. provided these groups with a massive amount of assistance that was subsequently given to al-Nusra. While the mainstream media will present this as the result of a complicated battle situation, the truth is that it was nothing more than a conduit to provide arms to terrorist organizations whose public relations skills may not be as developed as the US State Department would hope.

Lastly, it must be pointed out that Harakat Hazm should not be considered the “biggest recipient” of U.S. aid, since Harakat Hazm is simply one division of the whole that has been receiving billions of dollars of U.S. aid and equipment as well as other relevant assistance since at least 2010.

In the end, the alleged al-Nusra/Harakat Hazm battle, when correctly understood in its proper context, should be viewed as nothing more than a carefully constructed cover story for the re-arming of Al-Nusra and other relevant Western-backed death squad forces.

It is thus very likely that Harakat Hazm has only ever existed for the purposes of plausible deniability on the part of NATO and the United States as they continue to arm, direct, and facilitate cannibals and caliphs running rampant across Syria and Iraq.

Iraqi Army Allegedly Downs A US Helicopter For Providing Weapons To ISIS: Report
Is The Nemtsov Murder The First Shot Fired In The Russian Spring?
Jihadi John: Another Known Terrorist Travels To Syria

Brandon Turbeville is an author out of Florence, South Carolina. He has a Bachelor's Degree from Francis Marion University and is the author of six books, Codex Alimentarius -- The End of Health Freedom, 7 Real Conspiracies, Five Sense Solutions and Dispatches From a Dissident, volume 1and volume 2, and The Road to Damascus: The Anglo-American Assault on Syria. Turbeville has published over 500 articles dealing on a wide variety of subjects including health, economics, government corruption, and civil liberties. Brandon Turbeville's podcast Truth on The Tracks can be found every Monday night 9 pm EST at UCYTV. He is available for radio and TV interviews. Please contact activistpost (at) gmail.com.
Posted by Admin at 11:48 AM