With Putin Back, Trail of Mainstream Media Hysteria Remains 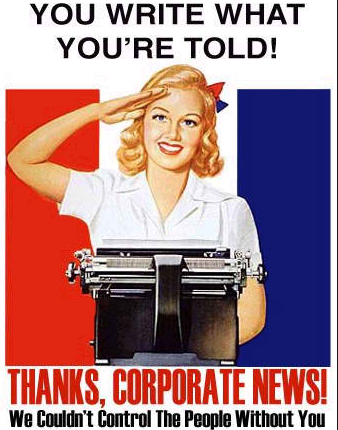 Vladmir Putin has been found or, more accurately, Vladmir Putin has reappeared putting an end to all the ridiculous rumors surrounding his nine-day absence from public view. While having canceled only one public meeting and otherwise remaining on schedule, the Western media went into overdrive to convince someone – (whether Russian or American it is not fully clear) – that Putin had been ousted, killed, or otherwise “neutralized.”

Most likely, the Western press was attempting to capitalize on the nine-day absence by Putin in order to sow seeds of destabilization in Russian society and to decrease whatever faith in their governmental system that Russians may have. The propaganda blitz was straight out of the books of color revolution techniques that I have discussed in a number of my past articles. The difference this time, however, is that the media blitz seems to have been more haphazard and hastily put together. As it is, the only thing the Western media apparatus accomplished was a message to Putin that, if he remains out of the public limelight long enough, rumors will begin to swirl regarding his leadership, his health, and even his life.

The Western media also succeeded in discrediting itself even more than it already has.

Remember, it was the Daily Mail who reported via its “sources” that Putin had been “neutralized” and that he had been the victim of a coup d’etat. This report even carried photos allegedly showing a number of large white trucks parked near the Kremlin which were supposed to be the exit convoy in classic Romanov fashion.


The International Business Times also reported a number of scenarios using Israeli sources suggesting that Putin had been the victim of a coup.


Although much more tepid in its reporting, NPR repeated the “questions” about Putin’s whereabouts as more of an outsider looking in, most likely desiring to keep up at least the perception of credibility.

It is, of course, pointless to single out specific news organizations for criticism since virtually the entirety of the mainstream jumped in on the act.

But while Western press and American onlookers were dazzled by the thought that the Russian “strongman” and new Adolf Hitler had been “neutralized” from within, Russians are much less impressed with Western sleuthing.

For now, however, Putin is back and the “Russian Strongman/New Adolf Hitler forcing his way across Europe” meme can continue in the West. Russians will most likely continue to ignore the childish and frantic reporting of a Western media thoroughly discredited in almost every respect but, unfortunately, holding a firm grip on the minds of the general American public.

First, it tells us that Western press has stooped to absolutely infantile levels to stir up, panic, and propagandize the American people, particularly when it comes to the issue of Russia. Second, it tells us that the United States and NATO will seize any opportunity – be it the killing of an “opposition figure” (whom they may well have assassinated) or a slight deviation in the Russian President’s schedule for the purposes of destabilizing Russia.

This is really all we need to know about the state of “news” and journalism in the United States today.

Regardless, this hysteria surrounding Putin’s disappearance should be remembered the next time the US claims that Syria has used chemical weapons, Putin is committing acts of aggression in Ukraine, or Iran has a nuclear bomb.

Recently from Brandon Turbeville:
Brandon Turbeville is an author out of Florence, South Carolina. He has a Bachelor's Degree from Francis Marion University and is the author of six books, Codex Alimentarius -- The End of Health Freedom, 7 Real Conspiracies, Five Sense Solutions and Dispatches From a Dissident, volume 1 and volume 2, and The Road to Damascus: The Anglo-American Assault on Syria. Turbeville has published over 500 articles dealing on a wide variety of subjects including health, economics, government corruption, and civil liberties. Brandon Turbeville's podcast Truth on The Tracks can be found every Monday night 9 pm EST at UCYTV.  He is available for radio and TV interviews. Please contact activistpost (at) gmail.com.
Posted by Admin at 7:46 AM