Putting its hypocritical and biased nature on full display once again, the alleged human rights organization, Human Rights Watch, was recently caught in an attempt to fabricate “evidence” of Assad’s use of barrel bombs in civilian areas for the purposes of further demonizing the secular Syrian government.

On February 25, HRW posted a photo of a devastated civilian area in Syria with the tagline “Syria dropped barrel bombs despite ban.” The “ban” HRW is referring to is the ban on bombing civilian areas that applies to both sides in Aleppo after the United Nations stepped in to save the Western-backed terrorists from annihilation. Assad’s forces had surrounded the city and had cut off a major supply route for the death squads from Turkey thus making the ultimate elimination of the jihadist forces a virtual inevitability.

As Somini Sengupta wrote for the New York Times on February 24,


Human Rights Watch said Tuesday that the Syrian government had dropped so-called barrel bombs on hundreds of sites in rebel-held towns and cities in the past year, flouting a United Nations Security Council measure.

In a report released Tuesday, the group said it relied on satellite images, photos, videos and witness statements to conclude that the Syrian government had bombarded at least 450 sites in and around the southern town of Daraa and at least 1,000 sites in Aleppo in the north.


The report focused on the period since Feb. 22, 2014, when the Security Council specifically condemned the use of barrel bombs, which are large containers filled with explosives and projectiles that can indiscriminately hurt civilians and are prohibited under international law.

There was only one problem with HRW’s tweet – the photograph the organization provided was not Aleppo. 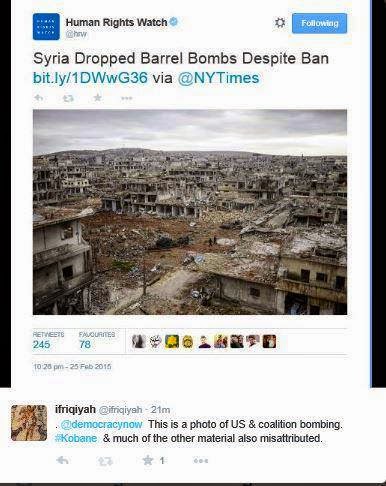 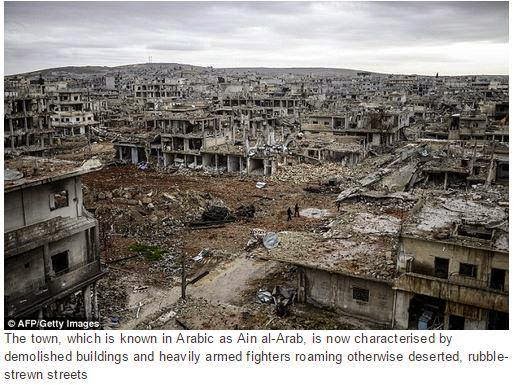 Even as far back as 2009, however, HRW was showing its true colors when it apparently signed off on and supported renditions – the process of kidnapping individuals off the street without any due process and “rendering” them to jails and prisons in other countries where they are often tortured – in secret talks with the Obama administration.

If HRW ever had any credibility in terms of the question of actual human rights, then all of that credibility has assuredly been lost. HRW is nothing more than a pro-US, pro-NATO NGO that acts as a smokescreen for the continuation of the violation of human rights across the world – that is, unless those violations are committed by America’s enemies.

Recently from Brandon Turbeville:
Brandon Turbeville is an author out of Florence, South Carolina. He has a Bachelor's Degree from Francis Marion University and is the author of six books, Codex Alimentarius -- The End of Health Freedom, 7 Real Conspiracies, Five Sense Solutions and Dispatches From a Dissident, volume 1 and volume 2, and The Road to Damascus: The Anglo-American Assault on Syria. Turbeville has published over 500 articles dealing on a wide variety of subjects including health, economics, government corruption, and civil liberties. Brandon Turbeville's podcast Truth on The Tracks can be found every Monday night 9 pm EST at UCYTV.  He is available for radio and TV interviews. Please contact activistpost (at) gmail.com.
Posted by Admin at 8:11 AM