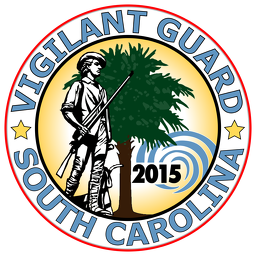 In yet another example of the growing trend of the process of acclimatization of the general public to an open military presence on American streets as well as greater cooperation between the US Military and civilian law enforcement, South Carolina was recently the scene of a statewide “emergency preparedness” drill that incorporated both of these aspects in a visible form.

On March 7, 2015, the state-wide drill, entitled Operation Vigilant Guard, took place under the pretext of preparation for the inevitable destruction a hurricane would bring to South Carolina. According to reports in the local media, the drills were based on the premise of the landfall of a Category 4 hurricane and “how they’d respond to get citizens help” in such an event.

In the Florence area, there were at least 400 hundred military personnel involved in the exercise. All in all, however, around 2,000 military personnel participated state-wide and 5,000 participants were involved from South Carolina emergency management Divisions and county divisions of Emergency Management.


According to the National Guard press release announcing the drill,


The South Carolina National Guard, along with state and county emergency management agencies, will conduct a disaster readiness exercise called Vigilant Guard beginning this weekend, part of which will include the mock in-processing of approximately 300 military and civilian personnel Saturday at McCrady Training Center in Eastover.


Joint Reception, Staging, Onward Movement, and Integration, or JRSOI, is the process that will be utilized by the South Carolina National Guard to in-process support personnel from partner agencies during a real-world emergency.

Vigilant Guard is an eight-day field exercise held March 5-12, taking place at numerous locations across South Carolina. This exercise will test the ability of the National Guard to support response operations based on simulated emergency scenarios such as the landfall of a hurricane, a collapsed building, widespread fires and mass casualties.

The National Guard, along with local, state and federal partners will be deployed to exercise venues in Georgetown, with other sites including Moncks Corner, Spartanburg, Florence, West Columbia and Williamsburg.

In Monck’s Corner, SC National Guard personnel, the Berkeley County Sheriff’s Office, and other state and local “emergency responders” went door to door conducting “wellness checks” on civilian homes. The sight of military personnel going door to door in civilian neighborhoods is beyond creepy to say the least.

As the Press Release on the SC National Guard website states,


The SCNG partnered with the S.C. State Guard, the Berkeley County Sheriff’s Department and other local emergency responders to conduct health and wellness checks in the Overton neighborhood. The joint task force went door-to-door checking on the local residents, assessed their needs and determined how best to meet those needs in a real response.

“In the scenario, our job today was to assist the S.C. State Guard, along with various Berkeley County emergency responders, and perform health and wellness checks for citizens who might have been affected by the storm,” said Sgt. Jeremy Argabright, Bravo Company, 1-118 Infantry.

The portion of the drills that were witnessed by this writer involved a setup of about 9 military tents outside of the Florence, SC airport. A number of trucks were present as well as Humvees, many of which were outfitted with machine gun turrets and machine guns. A sign reading “Region 4: HRF” was posted outside of the airport. HRF stands for Homeland Response Force and Region 4 represents the FEMA region of the area. As the convoy was preparing to leave the field site in front of the airport, a bus had been added to the mix. Many helicopters and chopper sightings were reported as well.

Numerous military vehicles were seen on the streets of Florence throughout the day.

It should be noted, however, that while the local media and the State Guard represented the exercises as having been focused on hurricane landfall and natural disasters, there were unconfirmed reports of artillery being fired in the areas near Florence and Pamplico.

There were other reports suggesting (also not confirmed) that private military contractors may have been involved as well.

Although both the National Guard and the media implied that the Vigilant Guard exercise was state-based, Vigilant Guard is a federally-funded exercise sponsored by US NORTHCOM that seeks to encourage and further cooperation between Federal, State, and local “emergency management” agencies and “first responders.”

This is perhaps why the same drill took place in North Carolina as well on the same day since the training is based in terms of region. In Charlotte, military personnel practiced providing security for the Water Treatment plant while other personnel drilled on “keeping the peace.”

Of course, few would argue that preparedness and training for emergencies on the part of government agencies, the military, or other appropriate public institutions is a bad idea. However, given the fact that these drills and training operations are clearly being used to acclimatize the general public to seeing and accepting an open military presence on the streets of the U.S., one would be justified in wondering whether or not these drills are truly designed to prepare anything other than the minds of the American people.

Considering what happened in the wake of Hurricane Katrina in New Orleans and the treasonous response of the National Guard there, one would certainly hope that lessons have been learned. Unfortunately, the trend of events in the United States tends to point toward more Katrina-style responses, not less.

Recently from Brandon Turbeville:
Brandon Turbeville is an author out of Florence, South Carolina. He has a Bachelor's Degree from Francis Marion University and is the author of six books, Codex Alimentarius -- The End of Health Freedom, 7 Real Conspiracies, Five Sense Solutions and Dispatches From a Dissident, volume 1 and volume 2, and The Road to Damascus: The Anglo-American Assault on Syria. Turbeville has published over 500 articles dealing on a wide variety of subjects including health, economics, government corruption, and civil liberties. Brandon Turbeville's podcast Truth on The Tracks can be found every Monday night 9 pm EST at UCYTV.  He is available for radio and TV interviews. Please contact activistpost (at) gmail.com.
Posted by Admin at 6:10 PM