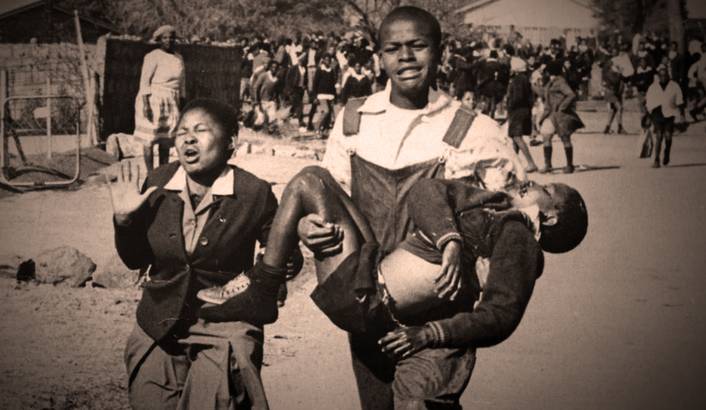 South Africa’s apartheid system will always be known for the tragic example of the institutionalized racism that it was as well as for all of the horrific acts of oppression, violence and dehumanization it produced. Much of what took place under the system will never be revealed as both its victims and perpetrators have taken the information to their graves. However, what is known already is more than enough to prove that such a system must never be instituted again.

A number of years after the end of the apartheid system in South Africa, a Truth and Reconciliation Committee was established to reveal the wrongs that had been committed against the people of South Africa and to begin the process of healing and reconciliation between the parties. Yet even during the process of “uncovering” many of the atrocities committed against black South Africans some of that information has been largely ignored throughout the decades after the system ended; most notably, a system of attempted genocide of black South Africans by means of a national vaccine program.

Some of that information came to light in January 1997 when Wouter Basson was finally arrested by South African authorities. A cardiologist by trade Basson was also the head of Project Coast, South Africa’s secret chemical and biological warfare program.When searching his car, hundreds of secret documents were found that revealed the program’s covert operations including connections, contacts, and murder weapons.


The following year, with Basson and others giving evidence before the country’s landmark Truth and Reconciliation Commission (TRC), the details of Project Coast began to emerge: poisoned umbrellas, screwdrivers and secret stockpiles of lethal bacteria, chemicals and drugs had been produced and weaponized for use against enemies of the apartheid government [2]. Far less attention has been paid to allegations of a eugenic thrust to the program.


During the course of the Truth and Reconciliation hearings, a number of shocking allegation were made regarding the eugenic-based agenda of the South African authorities connected to Project Coast. A number of these claims were made by Dr. Adriaan Goosen, founder of the front company Roodeplaat Research Laboratory, a front company for the project.

According to Goosen, research at RRL was focused on developing and “bacterial agent that would selectively kill black people.” Goosen stated that the project and the program had been described by South Africa’s then Surgeon General, Dr. Neil Knoble, as “the most important project for the country.”

Goosen himself had plenty of faith in the ability to create this type of weapon. In fact, he even claimed that an unknown European scientist had already developed a strain of bacteria capable of “only affecting, making sick, and killing pigmented people” as far back as the early 1980s.

“Under oath, Goosen went on to state that the government could have used such a weapon as a ‘negotiation back-up’ (to stay in power) and to ‘maintain peace’ (between local whites and blacks),” writes Singh.

Goosen claimed that the plans to connect with the European scientist were eventually abandoned for security reasons, but that South African scientists continued to work on the project. Goosen also stated that Project Coast was far down the road in creating an anti-fertility weapon that would be used to selectively target the black majority.

Goosen staetd that one of the most important aspects of the anti-fertility vaccine was that it would not be detectable and even if it was detected it would not be able to be traced back to “clandestine application.” Goosen stated he was convinced that the production of this type of drug was “definitely possible” after an extensive literature search.

Goosen was backed up in his claims by another Project Coast scientist, Dr. Schalk van Rensburg, who confirmed that the development of an anti-fertility vaccine was indeed a major goal of the program and even made up 18% of all RRL projects. Goosen fingered Basson as the leader and creator of the eugenics-based CBW program.

Basson of course argued that this type of vaccine should be designed to prevent the pregnancy of female soldiers and to keep down the population in refugee camps. But van Rensburg revealed otherwise and confirmed what Goosen claims in terms of the real targets of the vaccine.

Although van Rensburg testified that Blacks were physiologically, biochemically and endocrinologically identical to Whites so it would not be possible to develop a vaccine that worked on one ethnic group and not the other [25], it might be possible to skew the delivery of the vaccine along racial lines. He further testified that while he had warned that such a vaccine could not be racially based, covertly administered and would be reversible, Basson had insisted the laboratory proceed with the research [26].


More specifically, it appears that the Project Coast anti-fertility vaccine was directed largely at women, although some suggestions were that the vaccine would work better in men.

There also seems to have been a discussion about the most appropriate strategy for such a vaccine. Since there were certain antigens found only on sperm, it would be easier to make males sterile, argued van Rensburg [27]. Basson, however, was keener to develop a female infertility vaccine, he told the commission. However, he stated that although they worked toward this aim, the leadership of Project Coast.

The TRC also heard from Dr Jan Lourens, the head of Protechnik (another Project Coast front organization), who testified that before starting the company, he had designed equipment for animal experiments taking place at RRL. These included a ‘restraint chair’ into which baboons were strapped for experiments, a transparent ‘gas chamber’ into which the chair and baboon were fitted for tests and a ‘stimulator and extractor’ to obtain semen from baboons [22]. Lourens named Dr Riana Borman as the scientist in charge of the baboon experiments ‘to control virility and fertility’ with a view to reducing the birth rate among Blacks [22].


For his part, Basson denied working on any such project. Even more so, Basson denied that any such science existed and was even possible. Still, after having researched the program in depth, Singh comes to a different conclusion which tends to back up the claims made by Goosen and van Rensburg.


While Basson may have been technically correct in dismissing the scientific and technical validity of successfully pursuing an ‘infertility vaccine’ the testimony of Goosen, van Rensburg and Lourens strongly suggests that malevolent and potentially genocidal motives were behind some of Project Coast’s operations.

Basson’s statement that such science is not possible is in fact quite laughable. Published studies reveal even in the late 1980s that successful anti-fertility vaccines were being developed. What is also laughable if it were not so tragic is the fact that anyone who suggested that the South African government was developing such a thing as an anti-fertility vaccine to target the general population would have been dismissed as a paranoid conspiracy theorist.

Singh’s article, however, and the testimony of the South African scientists reveal that not only was it possible but that it actually existed. For that reason, one must ask why we are to believe that we are currently outside of history and why such a program with all the technological developments that have occurred since the early 1980s and world governments’ increased focus on population reduction – particularly in the third world – that such a program does not exist currently.

Remember, it was not so far back in history that the now infamous think-tank, Project for a New American Century stated that “advanced forms of biological warfare that can ‘target’ specific genotypes, may transform biological warfare from the realm of terror to a politically useful tool.” (source)

One can also not forget the number of reports coming out of places like Africa and the third world detailing mass sterilizations at the hands of vaccines. No doubt, the victims, and those reporting on the sterilizations are labeled paranoid conspiracy theorists with an extra insult of anti-science thrown in for the mix. Yet the proverbial egg is on the proverbial faces of those who mock and ignore claims of covert sterilization programs and population reduction initiatives, particularly in the third world. A detailed study of what is currently happening in Africa and much of the rest of the third world (as well as the first) is not possible in this article. But if skeptics are looking for capability, they need look no further than Singh’s article and the testimony of Goosen and Van Rensburg. If they are looking for motive, they can look in the same place. If precedent is what they are seeking, Singh’s article has that too. If evidence for a program currently under way is what they are searching for then the evidence is at their fingertips.

Photo: Hector Pieterson being carried by Mbuyisa Makhubo after being shot by South African police. His sister, Antoinette Sithole, runs beside them.

This article (South Africa’s Secret Plan to Sterilize Blacks Through Vaccines) can be republished under a Creative Commons license with attribution to Brandon Turbeville and Natural Blaze.com.

Brandon Turbeville – article archive here – is an author out of Florence, South Carolina. He is the author of six books, Codex Alimentarius — The End of Health Freedom, 7 Real Conspiracies, Five Sense Solutions and Dispatches From a Dissident, volume 1and volume 2, The Road to Damascus: The Anglo-American Assault on Syria, and The Difference it Makes: 36 Reasons Why Hillary Clinton Should Never Be President. Turbeville has published over 600 articles dealing on a wide variety of subjects including health, economics, government corruption, and civil liberties. Brandon Turbeville’s podcast Truth on The Tracks can be found every Monday night 9 pm EST at UCYTV. He is available for radio and TV interviews. Please contact activistpost (at) gmail.com.
Posted by Admin at 12:41 PM