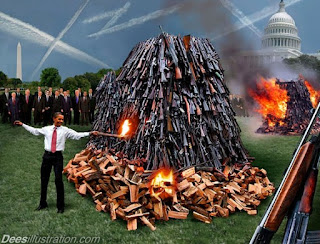 Whenever one thinks the Obama administration’s war on the Second Amendment couldn’t get any more insane, Barack Obama prances onto the stage to prove everyone wrong yet again.

This time, it is not merely a carefully planned and orchestrated jig on the graves of mass shooting victims or pathetic whining about “gun crime” and the amount of time he must give regarding the issue. It is a push to ban a large number of Social Security benefits recipients from owning guns.

That’s correct. When the Obama administration can’t get its way by attacking gun owners head on, it merely turns to extorting the elderly and disabled whom it holds hostage via their need to receive Social Security benefits – benefits I might add, that are owed to them.

Thus, the Obama administration is pushing to prohibit Social Security benefit recipients from owning firearms if they “lack the mental capacity to manage their own affairs,” a move which the Los Angeles Times reports would affect millions of people whose disability payments – for one reason or another – are handled by other people.

The idea is to bring the Social Security Administration under the jurisdiction of laws that regulate who gets reported to the National Instant Criminal Background Check System (NICS), a database that was initially supposed to pertain to illegal immigrants, drug addicts, and felons.


Of course, it should be pointed out that, with the exception of illegal immigrants, prohibiting American citizens who are not confined to a prison cell from owning weapons is itself unconstitutional. Clearly, the push to add the Social Security Administration and thus millions of SS recipients under this new policy is unconstitutional as well.

Nevertheless, it is difficult to remember a time when a Presidential administration even pretended to be concerned with what the US Constitution had to say about anything.

As the Los Angeles Times reports,


A potentially large group within Social Security are people who, in the language of federal gun laws, are unable to manage their own affairs due to "marked subnormal intelligence, or mental illness, incompetency, condition, or disease."

There is no simple way to identify that group, but a strategy used by the Department of Veterans Affairs since the creation of the background check system is reporting anyone who has been declared incompetent to manage pension or disability payments and assigned a fiduciary.

If Social Security, which has never participated in the background check system, uses the same standard as the VA, millions of its beneficiaries would be affected. About 4.2 million adults receive monthly benefits that are managed by "representative payees."
The move is part of a concerted effort by the Obama administration after the 2012 Sandy Hook Elementary School shooting in Newtown, Conn., to strengthen gun control, including by plugging holes in the background check system. 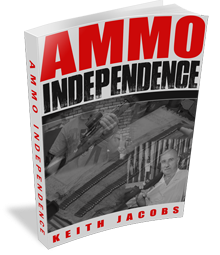 Finally informed about the issue, the National Rifle Association and the National Council on Disability are both opposing the initiative, the latter in opposition due to the fact that millions of disabled Americans will have their rights eviscerated as a result of this policy.

Of the many enrolled who may be affected, disabled veterans are among the high risk category for having their Second Amendment violated.

Recently from Brandon Turbeville:
Brandon Turbeville is an author out of Florence, South Carolina. He has a Bachelor's Degree from Francis Marion University and is the author of six books, Codex Alimentarius -- The End of Health Freedom, 7 Real Conspiracies, Five Sense Solutions and Dispatches From a Dissident, volume 1 and volume 2, and The Road to Damascus: The Anglo-American Assault on Syria. Turbeville has published over 500 articles dealing on a wide variety of subjects including health, economics, government corruption, and civil liberties. Brandon Turbeville's podcast Truth on The Tracks can be found every Monday night 9 pm EST at UCYTV.  He is available for radio and TV interviews. Please contact activistpost (at) gmail.com.
Posted by Admin at 7:11 AM