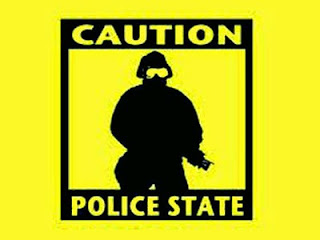 On a brisk fall night in Orangeburg, SC, Joel Robinson awoke in the hours just before dawn to the sound of intruders. These intruders had burst into Robinson’s house unwelcome and unannounced, storming inside with guns drawn.

Fearing for his life, Robinson did what any self-respecting and threatened individual would do – he picked up his gun and fired on the assailants, hitting one in the arm. Unfortunately for Robinson, these assailants were DEA agents, a special kind of home intruder who believe they have the right to invade a person’s home in the middle of the night, draw guns on them, and face no repercussions.

Again, unfortunately for Robinson, the judicial system seems to agree with the DEA in that they are not only above the law but clearly a higher class of citizen that has the authority to violate every right in the book, threaten citizens with death and bodily harm, and there is nothing the victim can do but beg for the officers’ kindness not to kill him.

In fact, that is virtually what the court proceedings have revealed in Robinson’s trial.

Joel Robinson was given 8 years in prison for shooting the DEA agent Barry Wilson. Robinson shot Wilson in the arm, breaking his elbow and forearm. While Wilson should be apologetic and thankful to Robinson that this illegal and aggressive action did not result in the loss of his life, Wilson instead chose to dramatize the issue by stating, “Two inches higher, it would have been a head shot. Two inches lower, it could have gone under my (bulletproof) vest.”


While one would logically think Wilson’s injury would be a lesson as to why one should not invade another’s home unannounced and armed, Wilson argued that Robinson had no reason to shoot at the DEA agents bursting through the door in a “No-Knock Raid.” Wilson claimed Robinson “didn’t even ask who we were,” as if there is time to engage in casual conversation with a home intruder if such an attack is taking place. Of course, if the police wanted Robinson to know who they were, they could have knocked on the door and announced themselves instead of bursting in yelling “Police!” in typical and historically paralleled police state fashion.

Wilson also stated that, if Robinson had truly believed he was a victim of a home invasion, he should have called 911.

Robinson could have received up to 30 years in prison for defending himself in this situation. Ultimately, he took a plea deal that resulted in the 8-year prison sentence.

Federal prosecutors agreed to drop the charges of manufacturing and distributing illegal drugs if he would plead guilty to shooting Wilson. Robinson accepted the plea deal.

Of course, it should be pointed out that no drugs were found in Robinson’s house.

Robinson was also forced to go through a humiliating display of apology and regret to the offending officers, his lawyers also expressing gratitude and thanks to the DEA agents for not murdering Robinson as they “had the right to do.”

Robinson was also ordered to pay $82,158 in medical bills to Wilson, which he racked up as a result of his injury. Although the bills were covered by government medical and disability insurance, Wilson will be apparently taking that money as a perk of the job.

It is understandable why Robinson accepted the plea deal. Most Americans are terrified of facing a jury of their peers no matter how innocent they are and no matter how much evidence proves them to be so. Because of America’s trained love affair with the cop, manufactured fear of their fellow citizens, and media-induced sadistic obsession with law, punishment, and heavy-handedness, most victims would rather take a little sentence now than a much longer sentence when their peers find them guilty later despite all logical evidence to the contrary.

All in all, this story is a perfect example of why the war on drugs must be ended immediately, the DEA must be eventually eliminated (or at least vastly reduced and refocused outward), and stronger protections must be put in place for victims like Joel Robinson.

Recently from Brandon Turbeville:
Brandon Turbeville is an author out of Florence, South Carolina. He has a Bachelor's Degree from Francis Marion University and is the author of six books, Codex Alimentarius -- The End of Health Freedom, 7 Real Conspiracies, Five Sense Solutions and Dispatches From a Dissident, volume 1 and volume 2, and The Road to Damascus: The Anglo-American Assault on Syria. Turbeville has published over 500 articles dealing on a wide variety of subjects including health, economics, government corruption, and civil liberties. Brandon Turbeville's podcast Truth on The Tracks can be found every Monday night 9 pm EST at UCYTV.  He is available for radio and TV interviews. Please contact activistpost (at) gmail.com.
Posted by Admin at 6:55 PM