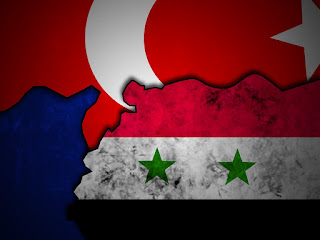 As Turkey continues to bomb inside Syria and Iraq against alleged ISIS targets and PKK Iraqi Kurds, and as the NATO Article 4 meeting looms over the Middle East, Turkey has clearly taken yet another step toward its goal of establishing a “buffer zone” and “no-fly zone” over Syria.

Turkey has called Article 4 NATO meetings twice – once in 2003 and once in 2013. In the latter incident, Germany, the Netherlands, and the United states sent two PATRIOT anti-missile batteries each as well as soldiers trained in the operation of those missiles. Turkey is now requesting help with its border security due to the crisis in Syria and one can only wonder what the response of the rest of NATO will be when the meeting concludes.

Article 4 allows any member of NATO to “request assistance” when its “territorial integrity, political independence or security is threatened".

Ironically, the crisis in Syria – in particular, the issue surrounding the Turkish-Syrian border – was largely the fault of Turkey itself as it helped train and funnel terrorists from inside its borders into Syria. Thus, the crisis is entirely one of its own making.

Beginning in 2011 - and actually even as early as 2007 - the United States has been arming, funding, and supporting the Muslim Brotherhood and a myriad of armed terrorist organizations to overthrow the government of Syria, fight Hezbollah in Lebanon, and undermine the power and influence of Iran, which of course includes any other government or group in the MENA region friendly toward Tehran.


Billions in cash have been funneled into the hands of terrorist groups including Al Nusra, Al Qaeda in Iraq (AQI), and what is now being called "Islamic State in Iraq and Syria" or ISIS. One can see clearly by any map of ISIS held territory that it butts up directly against Turkey's borders with defined corridors ISIS uses to invade southward - this is because it is precisely from NATO territory this terrorist scourge originated.
ISIS was harbored on NATO territory, armed and funded by US CIA agents with cash and weapons brought in from the Saudis, Qataris, and NATO members themselves. The "non-lethal aid" the US and British sent including the vehicles we now see ISIS driving around in.

Cartalucci states in a separate article, “NATO’s Terror Hordes In Iraq A Pretext For Syria Invasion,”


In actuality, ISIS is the product of a joint NATO-GCC [Gulf Cooperation Council] conspiracy stretching back as far as 2007 where US-Saudi policymakers sought to ignite a region-wide sectarian war to purge the Middle East of Iran's arch of influence stretching from its borders, across Syria and Iraq, and as far west as Lebanon and the coast of the Mediterranean. ISIS has been harbored, trained, armed, and extensively funded by a coalition of NATO and Persian Gulf states within Turkey's (NATO territory) borders and has launched invasions into northern Syria with, at times, both Turkish artillery and air cover. The most recent example of this was the cross-border invasion by Al Qaeda into Kasab village, Latikia province in northwest Syria.

Cartalucci is referring to a cross-border invasion that was coordinated with NATO, Turkey, Israel, and the death squads where Israel acted as air force cover while Turkey facilitated the death squad invasion from inside its own borders.

Keep in mind also that, prior to the rapid appearance and seizure of territory by ISIS in Syria and Iraq, European media outlets like Der Spiegel reported that hundreds of fighters were being trained in Jordan by Western intelligence and military personnel for the purpose of deployment in Syria to fight against Assad. The numbers were said to be expected to reach about 10,000 fighters when the reports were issued in March, 2013. Although Western and European media outlets would try to spin the operation as the training of “moderate rebels,” subsequent reports revealed that these fighters were actually ISIS fighters. Those fighters were ultimately funneled into Syria via Turkey.

In addition, on October 2, 2014, Turkey’s parliament passed a resolution to allow the Turkish military to enter the sovereign territory of Iraq and Syria under the pretext of battling Western-backed IS militants.

The resolution also allowed foreign troops to use Turkish territory for the same purpose suggesting that the Incirlik air base may soon be used by the United States for its airstrikes against Syria. Only recently, it was reported by Turkish media that a formal agreement was reached between the United States and Turkey for the use of Incirlik in the faux American campaign against ISIS.

The vote on the resolution regarding foreign troops on Turkish soil (to be used in Syria) was 298 in favor of the motion and 98 opposed.

Despite its claims that the vote was centered around defeating ISIS on its borders, Turkish Prime Minister Recep Erdogan, perhaps inadvertently, admitted that the real target of NATO aggression is the Syrian government.


Speaking in parliament earlier on Wednesday, President Recep Tayyip Erdogan urged the West to find a long-term solution to the crises in Syria and Iraq, pointing out that dropping "tonnes of bombs" on IS militants would only provide a temporary respite.

While he said "an effective struggle" against IS would be a priority for Turkey, "the immediate removal of the administration in Damascus" would also continue to be its priority.

Erdogan also called for a “buffer zone” on the Turkey/Syria border – which would be enforced by a no-fly zone – to “ensure security.”

A buffer zone, of course, has been part of the NATO agenda against Syria since the beginning of the Western-controlled crisis in the country. Remember, it was under the guise of a humanitarian corridor or buffer zone in Libya, that NATO bombing took place which ultimately led to the destruction of the Libyan government, the murder of Ghaddaffi, and the subsequent expansion of chaos, anarchy, and genocide across the entire North African country.

Indeed, public discussion of the implementation of a “buffer zone” began as far back as 2012 when the Brookings Institution, in their memo “Assessing Options For Regime Change” stated


An alternative is for diplomatic efforts to focus first on how to end the violence and how to gain humanitarian access, as is being done under Annan’s leadership. This may lead to the creation of safe-havens and humanitarian corridors, which would have to be backed by limited military power. This would, of course, fall short of U.S. goals for Syria and could preserve Asad in power. From that starting point, however, it is possible that a broad coalition with the appropriate international mandate could add further coercive action to its efforts.

The Brookings Institution went further, however, describing a possible scenario that mirrors the one currently unfolding in Syria where Turkey, in coordination with Israel, could help overthrow Assad by establishing a “multi-front war” on Syria’s borders. Brookings writes,


In addition, Israel’s intelligence services have a strong knowledge of Syria, as well as assets within the Syrian regime that could be used to subvert the regime’s power base and press for Asad’s removal. Israel could posture forces on or near the Golan Heights and, in so doing, might divert regime forces from suppressing the opposition. This posture may conjure fears in the Asad regime of a multi-front war, particularly if Turkey is willing to do the same on its border and if the Syrian opposition is being fed a steady diet of arms and training. Such a mobilization could perhaps persuade Syria’s military leadership to oust Asad in order to preserve itself. Advocates argue this additional pressure could tip the balance against Asad inside Syria, if other forces were aligned properly.

Turkey has been whining and groaning for some time over an influx of Syrian refugees as a result of a humanitarian crisis that it helped create with its support and facilitation of Islamic fundamentalist death squad forces funded by the West and allowed to travel into Syria through Turkey’s borders. The most recent influx of refugees came from the city of Kobani, where ISIS fighters were herded by American airstrikes for the purposes of reinforcing the fighters already battling Kurdish and Syrian forces there. Subsequent refugee influxes came from other border-lying towns facing heavy fighting. 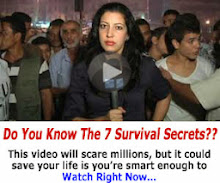 As Tony Cartalucci commented in his own article “Turkey Preparing For Syria Occupation?”


Of course, with US airstrikes carving out a vacuum soon to be filled with extremists uncontested by the Syrian Arab Army forced to back off in fear of provoking further Western aggression, the situation will undoubtedly "deteriorate." Just as Turkey staged false flag operations along its border last year in attempts to trigger a war with Syria directly, and by supporting terrorists resulting in a predictable humanitarian catastrophe now spilling over into Turkey' territory, the vacuum the US is intentionally creating is meant to be filled with terrorist mercenaries and NATO forces to protect them as the front is inched ever closer to Damascus in the form of a "buffer zone."

Clearly, the Turkish agenda is not focused on combating ISIS. If it was, the Turks would have long ago sealed their borders with Syria as well as ceased their training and facilitation of terrorist groups flowing into Syria from Turkish territory.

Turkey is not requesting assistance for spillover violence or cross-border attacks, it is requesting a military invasion using a problem Turkey helped create to begin with as justification for such an operation.

The Turks do not need NATO Buffer Zones to end terrorism within their own country. They need to seal the borders with Syria, immediately cease funding, training, and facilitation of terrorists operating inside Turkish borders alongside a massive sting operation netting and eliminating these organizations. Turkey would also greatly benefit by backing away from Erdogan, his idiotic policies, and his equally idiotic Islamist government. Turkey must put aside “political Islam” and return to a culture of secular governance. Lastly, Turkey must pursue a reasonable and fair policy toward the Kurds in its Southeast.

Of course, Turkey has sent every signal possible to announce that they intend to stick with the NATO line of destroying the secular government of Bashar al-Assad and replacing it with a government or governments beholden and favorable to Washington and the Anglo-American oligarchy.

Obviously, a “buffer zone” and/or a “no-fly zone,” of course, is tantamount to war and an open military assault against the sovereign secular government of Syria because the implementation of such a zone would require airstrikes against Assad’s air defense systems.

With the establishment of this “buffer zone,” a new staging ground will be opened that allows terrorists such as ISIS and others the ability to conduct attacks even deeper inside Syria.

While the goal is clearly to establish such a zone before tightening the grip on Assad even further and ultimately leading to his overthrow, one can only wonder as to what pronouncement or “policy” will result from the Tuesday NATO meeting. Whatever it may be, the Syrian people will be the ones to pay the highest price.

Recently from Brandon Turbeville:
Brandon Turbeville is an author out of Florence, South Carolina. He has a Bachelor's Degree from Francis Marion University and is the author of six books, Codex Alimentarius -- The End of Health Freedom, 7 Real Conspiracies, Five Sense Solutions and Dispatches From a Dissident, volume 1 and volume 2, and The Road to Damascus: The Anglo-American Assault on Syria. Turbeville has published over 500 articles dealing on a wide variety of subjects including health, economics, government corruption, and civil liberties. Brandon Turbeville's podcast Truth on The Tracks can be found every Monday night 9 pm EST at UCYTV.  He is available for radio and TV interviews. Please contact activistpost (at) gmail.com.
Posted by Admin at 6:03 AM