It's Ok, Everyone, Nusra Says Nusra Won't Hurt Us 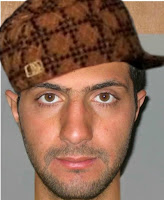 Al-Nusra Front has taken to the airwaves with a message for all Westerners and Americans in particular – they really aren’t that bad. And there are no plans to attack Americans. They are just your friendly neighborhood terrorist organization, funded handsomely by the West and the GCC, raping and beheading their way across the Middle East. There’s nothing to worry about so long as the US allows them to continue to rape little girls, cut off heads, impose savage Sharia law, and eat the hearts and livers of the occasional dissident.

This message was brought to you by the feudal monarchy of Qatar and its mouthpiece organization, Al-Jazeera and conducted with a journalist whose past is checkered with a conviction of supporting al-Qaeda.

The alleged leader of al-Nusra Front, Abu Mohammed al-Julani, appeared on al-Jazeera with a setting fit for a king (or Emir *ahem*) to discuss Nusra’s plans for Syria and the West. The man alleging to be Julani and alleging to be the leader of Nusra, despite claiming to be “fearless,” sat with his face covered and his back to the camera. The set was ornately decorated and almost appeared to be some type of palace room or high government building.

Julani reassured Westerners that he had been ordered by another alleged leader, this time of al-Qaeda proper, Ayman al-Zawihiri, not to launch attacks against the West as this would jeopardize the mission in Syria.

A New York Times report cited a US intelligence official as saying that Julani’s statements were merely self-serving propaganda.


Propaganda? Yes. Self-serving? Not exactly. Julani’s statements were actually serving NATO, the US, and Israel in their own propaganda efforts to assure the American people that supporting the so-called “rebels” in Syria is a good idea and one that will not come back to bite them.

Indeed, Julani truly spoke like a paid actor or a professional trained talking monkey in his job as message delivery boy. Obviously, neither designation would set him clearly apart from any other “expert” or “reporter” in the Western/Gulf media propaganda establishment.


Still, the “fearless” hijabed Julani stated, "We are only here to accomplish one mission, to fight the regime and its agents on the ground, including Hezbollah and others. Al-Nusra Front doesn't have any plans or directives to target the West. We received clear orders not to use Syria as a launching pad to attack the US or Europe in order to not sabotage the true mission against the regime. Maybe al-Qaeda does that, but not here in Syria."

The only true part of his statement was that Khorosan, painted as the end of the Western world and enemy #1 for a total of about five days, was a fictional organization invented by the Americans to deceive and frighten the American public.

His presentation of al-Qaeda and al-Nusra Front as different organizations, however, is ludicrous, since Nusra was merely the Syrian version of al-Qaeda proper before the two groups were largely united by the shadowy Abu Bakr al-Baghdadi and renamed the Islamic Emirate of Iraq and the Levant, later to be renamed Islamic State of Iraq and the Levant, ISIS, and IS. Of course, all incarnations of the group were entirely organized, funded, and armed by the United States, NATO, and GCC.

Julani also stated that Nusra would not harm Christians or Druze who refused to fight against it and that the even the Alawites would be spared if they would refuse to fight, reject Assad, and give up their religious beliefs and convert to Sunnism.

Of course, this is disingenuous to say the least. The “opposition” in Syria was famous for screaming “Christians to Beirut, Alawites to the grave!” as far back as 2011 when the crisis first began. Alawites have long been targeted by the so-called “rebels” from the start. Regardless, for the likes of the “moderate rebels,” no Muslim – even Sunni – is ever Muslim enough, unless he practices the Wahhabist filth that is labeled Islamic by its proponents and psychopathic adherents.

The reality of the situation is that Julani’s statements are nothing more than Western intelligence propaganda foisted upon the brains of the Western public in an effort to gin up support for the savages now bearing down on Latakia Syria as I write this article.

Of course, Nusra and al-Qaeda will still be played up as a threat to the US here at home. After all, there are a few straggler civil liberties ambling about that still need to be corralled and destroyed.

Recently from Brandon Turbeville:
Brandon Turbeville is an author out of Florence, South Carolina. He has a Bachelor's Degree from Francis Marion University and is the author of six books, Codex Alimentarius -- The End of Health Freedom, 7 Real Conspiracies, Five Sense Solutions and Dispatches From a Dissident, volume 1 and volume 2, and The Road to Damascus: The Anglo-American Assault on Syria. Turbeville has published over 500 articles dealing on a wide variety of subjects including health, economics, government corruption, and civil liberties. Brandon Turbeville's podcast Truth on The Tracks can be found every Monday night 9 pm EST at UCYTV.  He is available for radio and TV interviews. Please contact activistpost (at) gmail.com.
Posted by Admin at 6:37 AM