Why Do Bankers Wage War to Stop National Banks? 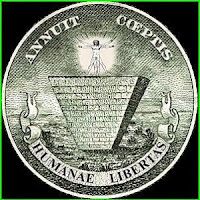 Earlier in May, 2015, I wrote an article detailing the fact that the fledgling Donetsk People’s Republic, under fire from Western-backed Kiev fascists and economic hardship resulting from warfare and blockade, has taken the extraordinary step of nationalizing its banks and beginning the process of using those nationalized banks for the benefit of the people of the DPR.

As one might suspect, such a move has drawn the ire of the Western banking cartels and NATO governments.

While the DPR was not faced with a privatized central bank such as the United States and other nations due to the fact that DPR is a breakaway bloc and a new nation separated from the Kiev central bank, it was nonetheless host to a number of larger banking institutions that not only parasitized the people of DPR and Ukraine but did nothing to improve the infrastructure of these areas or the living standards of the people there.

It is thus no surprise that the West has been so fanatical in its psychotic push to destroy the DPR and reunite it with fascists and Neo-Nazis submissively working under the umbrella of privatized international banks in Kiev. Like the DPR’s predecessors who have had the foresight to nationalize or operate national banks – Syria, Afghanistan, Iraq, Libya, Iran, Cuba, and North Korea – the DPR is now finding itself in the crosshairs of the NATO war machine.


Thus, as I have established in my own work such as my article “State-Owned Central Banks Are The Real Target For West’s Imperial Wars,” the world banking cartel and the governments which they operate through, are not only diametrically opposed to the practice of National Banking but they are willing to commit entire nations to wars and even world wars to establish hegemony across the globe.


The creation, development, and maintenance of a National Bank (State-owned and controlled) allows a considerable amount of national independence and source of revenue that is currently unthinkable in the Western world. The freedom from the dictates of privatized banking cartels and private “central bankers” and the ability to control one’s own currency are only two of the basic benefits of National Banking as well as the ability to use a variety of resources - particularly credit stimulus - to jumpstart national economies, infrastructure and scientific development, social progress and safety net protections, and a number of other programs and initiatives for the general welfare of the nation.

Thus, with it clear that the world banking oligarchy so violently opposes National Banks (State-owned Central Banks, nationalized banks, etc.), the question that must be asked is, “why are we so hesitant to do it here?”

While many activists have become rightly angered by the domination of the banking oligarchy, their anger has unfortunately led to knee-jerk reactions and well-meaning but, unfortunately, not as well thought out solutions and demands.

For instance, this anger at the world banker domination of the US government, has given rise to a movement to simply “end the Fed.” But the truth is that the bankers do not so much fear the ending of the Fed as much as the nationalization of it.

Even before J.P. Morgan’s seizure of the U.S. financial and monetary systems, it should be remembered that private banks ran rampant across the United States, engineering a system of “booms and busts” that ranged from local financial catastrophe to full-blown national banking crises.

It must also be remembered that there were two prior successful attempts at the establishment of a National Bank in the United States, both times with an attenuated version of what a true national bank should be, but both times these institutions were fought tooth and nail by banking oligarchs and their agents. Although certainly susceptible to corrupting and nefarious influences, these institutions were responsible for economic stability and growth during trying economic times. In addition, their dissolution resulted in panics, crises, and depressions.

The fact is that a national bank is capable of not only providing economic stability but also of providing “credit stimulus” to national economies, funding for governments, investment in infrastructure, scientific progress, and credit-based investment in private businesses both large and small. National Banks provide their nation with a level of independence that removes any necessity for austerity or dependence upon world banking institutions like the IMF or World Bank as well as national or international private bankers.

So why would a serious activist argue for anything other than the Nationalization of the Federal Reserve? Bankers have proven they can not only exist but flourish and dominate without the existence of the Federal Reserve or Central Bank. But they have also proven that the concept of a National Bank (State-owned and operated) is the equivalent of garlic to a vampire. If banking oligarchs hate nationalized banks, then why would one ever argue against the nationalization of those banks?

This is the secret of the Federal Reserve and the question of how to successfully remove the tyranny of the world banking oligarchy over the American economy. It is this fact that has caused the client states of the US, UK, NATO to head down the war path against those countries who continue to maintain National Banks. In the eyes of the banking oligarchy, the fact that, for the general public, life does not have to remain brutish, short, austere, or a police state must never be allowed to surface. If it does, those kept working on the global farm may begin to realize that the grass truly is greener on the other side and begin to tear down the fences to get to it.

Recently from Brandon Turbeville:
Brandon Turbeville is an author out of Florence, South Carolina. He has a Bachelor's Degree from Francis Marion University and is the author of six books, Codex Alimentarius -- The End of Health Freedom, 7 Real Conspiracies, Five Sense Solutions and Dispatches From a Dissident, volume 1 and volume 2, and The Road to Damascus: The Anglo-American Assault on Syria. Turbeville has published over 500 articles dealing on a wide variety of subjects including health, economics, government corruption, and civil liberties. Brandon Turbeville's podcast Truth on The Tracks can be found every Monday night 9 pm EST at UCYTV.  He is available for radio and TV interviews. Please contact activistpost (at) gmail.com.
Posted by Admin at 5:39 PM