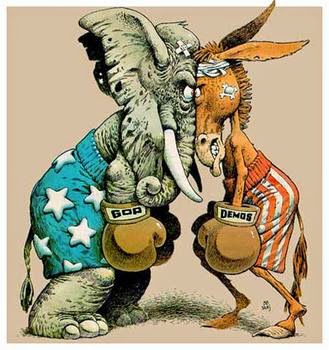 Yes, Parents DO Have the Right to Opt Out


In the most intense barrage of propaganda regarding vaccination yet, Hillary Clinton has fired the latest salvo in the battle against those who have made the decision not to vaccinate themselves or their children. Indeed, the battle being waged now seems to be more about the freedom to make that decision than it is about the science of vaccines.

Thus, Clinton took to social media today to make a jab at those who consider toxic chemicals like mercury, aluminum, polysorbate-80, or even live viruses to be cause for concern when faced with the question of whether or not to inject them into their children.


The science is clear: The earth is round, the sky is blue, and #vaccineswork. Let's protect all our kids. #GrandmothersKnowBest
— Hillary Clinton (@HillaryClinton) February 3, 2015


While it is true that the earth is round and the sky is blue, there is nothing clear about the safety or effectiveness of vaccines. The "science" stating that vaccines are safe and effective is by no means settled. In fact, what few independent studies have been conducted, have revealed quite the opposite. At best, the results are negligible.

What is interesting is that Hillary Clinton's own opinion on the matter is unclear. In 2008, while running for President, Clinton stated that she "was committed to determining "what, if any, kind of link there is between vaccines and autism." It is no surprise that Clinton would abruptly change her position at the drop of a hat. Such has been the hallmark of her career, even to the point of donning an atrociously fake Southern accent for a Kentucky audience.

It is unclear whether or not then-Senator Clinton believed that geography was too complex a concept for her Kentucky audience to grasp, but her back-peddling and shifting of positions in 2015 certainly do not seem to matter very much to her.


While Clinton has largely been praised for her statements, despite the fact that they may endanger millions of children whose parents take the word of psychopaths who cackle uncontrollably at the brutal murder of aging African leaders, rather than their own judgement, Senator Rand Paul has been raked over the coals for daring to state that he believes an individual has the right to determine whether or not he or she is vaccinated.

As a matter of fact, Paul's own statement was concerning enough due to its extreme tepidity. Paul stated that he thought most vaccines should be voluntary and that parents should have some input in the decision whether or not to vaccinate.

Paul's statement was made to an incredibly hostile mainstream media host who acted as if she had been promised a bonus if she were able to convince Paul to state that vaccines were, in reality, milk and honey.

Of course, for many mainstream media corporations, vaccines are indeed milk and honey since millions of pharmaceutical dollars are pumped into these agencies for good press, biased press, and free press.

Chris Christie was also castigated merely for stating that parents should have "some measure of choice" in the decision whether or not to vaccinate.

Let that sink in.

Two American politicians are being vilified by the mainstream press for suggesting that parents should have some input andsome choice in terms of whether or not to vaccinate their children.

The debate over whether or not vaccines are safe or effective left the building long ago. The real "debate" occurring now is not a debate at all. Parents do have input and choice whether or not to vaccinate their children or themselves. They do have the right to refuse. End of debate. End of story.

Constant propaganda from the mainstream press, however, would lead you to believe otherwise.

With that in mind, do not believe for a second that even the opposing voices representing "anti-vaxxers" are anything but controlled opposition.

Already, look at the way the debate has been framed. With Hillary Clinton and Barack Obama - both Democrats and favorites of pseudo-liberals and the pro-war left everywhere - apparently in opposition to parental choice; and with Rand Paul and Chris Christie - both Republicans and favorites of pseudo-conservatives and austerity proponents - supporting parental choice, the die has been cast.

The debate is now a partisan issue. If you think vaccines are great and oppose parental or individual choice to opt out, then you are a young, trendy, informed, intellectual, reasonable Democrat. If you support even the basic right of a person to opt out of vaccination, then you are an "anti-science," stubborn, irresponsible Luddite Republican.

Notice also that the debate is centered around choice, not whether vaccines are safe or effective. This is because the mainstream media and the pharmaceutical companies that partially own it, along with the politicians and elected officials who act as wind-up toys for the same corporations have framed the debate in this way. That vaccines are safe and effective is now are foregone conclusion.

Because of the way the debate is framed and the way it will necessarily continue to develop, the non-existent "anti-vaxxer" movement has already lost.

Yet, you may debate the merits of vaccination all you want. You can deem vaccines safe and effective. You can deem them God's gift to humanity. You can vaccinate yourself and your children. In fact, you can take a million shots of mercury or aluminum or whatever else you want if you choose. I really couldn't care less.

But the day you tell me that I don't have a choice to do otherwise, will be the day you have crossed a line.

Brandon Turbeville is an author out of Florence, South Carolina. He has a Bachelor's Degree from Francis Marion University and is the author of six books, Codex Alimentarius -- The End of Health Freedom, 7 Real Conspiracies, Five Sense Solutions and Dispatches From a Dissident, volume 1and volume 2, and The Road to Damascus: The Anglo-American Assault on Syria. Turbeville has published over 300 articles dealing on a wide variety of subjects including health, economics, government corruption, and civil liberties. Brandon Turbeville's podcast Truth on The Tracks can be found every Monday night 9 pm EST at UCYTV. He is available for radio and TV interviews. Please contact activistpost (at) gmail.com.
Posted by Admin at 7:15 PM