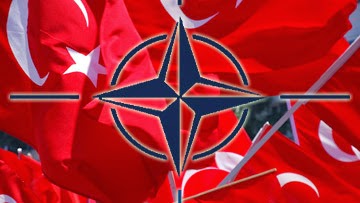 
Turkey has now officially proven that Israel and the United States are not the only nations that can brazenly violate the sovereignty of other countries, Syria in particular, without fear of reprisal due to NATO support and a blatant culture of aggression.

The Turkish invasion of Syrian soil on February 22 under the guise of protecting and securing the tomb of Sulayman Shah is case in point.

The tomb is largely recognized as a Turkish exclave since the early 1920s when, in 1921, it was agreed in the Treaty of Ankara that the Turks would be allowed to raise the Turkish flag over the tomb and place a small number of Turkish guards around the mausoleum given that Sulayman Shah bears such significance to Turkish history. The tomb is located about 23 miles from Turkey itself and thus is located inside Syrian territory.

According to mainstream Western press like CNN, the Turks were forced to evacuate the tomb and its contents due to the escalating violence in the area. CNN also reports that the evacuation was led and conducted with the 40 guards stationed around the tomb.

However, the reality is that the tomb evacuation was actually a relatively large military operation involving about 600 Turkish soldiers, 100 tanks, and APCs.

Yet, while ISIS presence in towns and cities surrounding the tomb was cited as the reason for the evacuation, it should be noted that ISIS, so close to the tomb, never fired one shot at the Turkish military as it conducted its operations. Since, if Western press reports are to be believed, ISIS is the absolute worst strategist when it comes to avoiding unnecessary conflict with nations not necessarily engaged in combat against it, the fact that ISIS forces would allow the Turkish forces to enter its “territory” without so much as even the threat of violence is questionable to say the least.


What is much more believable, however, is that the Turkish forces acted in coordination with ISIS forces so as to justify an essential invasion of Syria and establish a foothold there as the Israelis direct ISIS forces and bomb Syrian territory from the Southwest and Jordan facilitates terrorism from the South. Of course, the U.S., NATO, and its proxy forces in the eastern portions of Syria simultaneously push toward the same center of the country at the same time.

This is not the first time the tomb of Sulayman Shah has been used to justify Turkish military engagement inside Syrian territory.

In March, 2014, a YouTube video was released containing the audio of Turkish intelligence Chief Hakan Fidan, Foreign Minister Ahmet Davutoglu, and Deputy Chief of Military Staff Yasar Guler as well as other top Turkish officials discussing a possible attack on Syria. The operation, if implemented, would have been publicly predicated on the basis of “securing the tomb of Suleyman Shah.”

Two weeks prior to the release of the YouTube video, the Turkish government had publicly threatened to respond to any attack on the tomb after a confrontation between fanatical death squads ISIL and other related “rebel” groups in the area.

The controversy over the danger posed to Suleyman’s tomb was and is nothing more than a weak excuse for overt military incursion into Syria. The idea is that Turkey is able to claim that it is taking action against “Al-Qaeda” and ISIS in order to protect Turkish territory, a justification that will be readily accepted by Western audiences.

Indeed, the audio recording in the leaked video presents Foreign Ministry Under Secretary Feridun Sinirlioglu as stating “An operation against ISIL has international legitimacy. We will define it as al Qaeda. There are no issues on the al Qaeda framework. When it comes to the Suleyman Shah tomb, it's about the protection of national soil.” Sinirlioglu was referring to the fact that Turkey would be able to invade Syria under the pretext of fighting ISIS and protecting Turkish soil.

Of course, the previous attempted attack on Syria and the more recent attack that actually took place are nothing more than false flag attacks, evidenced by the fact that Turkey itself has been responsible for the facilitation, direction, and organization of many of the death squads operating in Syria.

Brandon Turbeville is an author out of Florence, South Carolina. He has a Bachelor's Degree from Francis Marion University and is the author of six books, Codex Alimentarius -- The End of Health Freedom, 7 Real Conspiracies, Five Sense Solutions and Dispatches From a Dissident, volume 1and volume 2, and The Road to Damascus: The Anglo-American Assault on Syria. Turbeville has published over 500 articles dealing on a wide variety of subjects including health, economics, government corruption, and civil liberties. Brandon Turbeville's podcast Truth on The Tracks can be found every Monday night 9 pm EST at UCYTV. He is available for radio and TV interviews. Please contact activistpost (at) gmail.com.
Posted by Admin at 6:51 AM