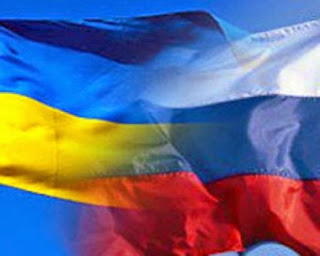 
The fragile Ukraine peace deal constructed by Russia with the help of France and Germany appears to be holding on by the skin of its teeth as the shooting and shelling around Debaltseve continued even after the deadline for enacting a total ceasefire came and went Saturday night.

Although virtually the entire country fell abruptly silent at midnight, Debaltseve was still alight with gunfire and artillery shelling. Almost immediately came claims from both the separatists and the Kiev forces that the other side was responsible for violating the ceasefire agreement.

While it is not clear exactly who fired first after the deadline to cease and desist had passed or even if there had been the slightest pause in the shooting at all, it is clear that Debaltseve is currently the center of attention of the entire cognizant world and it may be the place that will be viewed as the location where peace was officially thrown out the window.

The Russian-European brokered ceasefire deal involves an immediate ceasefire between the two sides and a subsequent removal of heavy arms from the front lines. The terms of the agreement seem clear enough.

Debaltseve falls in between the capitols of the separatist regions of Eastern Ukraine – Donetsk and Lugansk - and appears to fall behind the front lines of separatist territory. While Ukraine government troops have held the city for some time, it is also true that separatist forces have surrounded the city entirely and have been pushing for a Ukrainian surrender to avoid a head-on conflict, one that will almost certainly be won by the separatists. Thus, the fascist forces in Debaltseve have the options of attempting to fight their way out or surrendering.


Kiev, of course, argues that the city falls behind their own lines of demarcation since it was, after all, controlled by its troops.

Ironically, both sides can agree on one thing – that Debaltseve does not fall under the terms of the ceasefire agreement because it belongs to one of them and the other is encroaching on the territory they control.


The Western mainstream press, however, has wasted no time in representing the Debaltseve situation as the death knell of the peace deal and an example of Russia cynically concocting a ceasefire to buy time for its proxy separatists while directing them on the ground against innocent embattled Kiev forces.

These Western media outlets have taken every opportunity to blame any and all continued fighting in Ukraine on the separatists and their “refusal” to abide by the terms of the ceasefire agreement. Consider the article by Anton Zverev, “Battle Rages For Town Where Ukraine Rebels Reject Ceasefire” published by Reuters on February 16. Here, Zverev writes,

Pro-Russian rebels pounded encircled Ukrainian government forces on Monday and Kiev said it would not pull back heavy guns while a truce was being violated, leaving a European-brokered peace deal on the verge of collapse.

"These aggressive actions and statements by the Russia-backed separatists threaten the most recent ceasefire," U.S. State Department spokeswoman Jen Psaki said in a statement. "We call on Russia and the separatists it backs to halt all attacks immediately."

Rebels said soon after the ceasefire came into effect they had no intention of observing it at Debaltseve, where they have been advancing since January and now have a Ukrainian unit all but encircled. [emphasis added]

Likewise, an article in the Iquisitr stated that

Pro-Russian rebels in Eastern Ukraine refused to honor the ceasefire agreement signed last Thursday by Russian and Ukraine leaders, at least in the besieged town of Debaltseve where the Russian-backed forces have Ukraine government troops surrounded.

The ceasefire deal went into effect just after midnight local time Sunday morning — that is, around 4 p.m. EST Saturday — and according to reports from the region, has largely held for the first 24 hours of the halt in the civil war that has killed a reported 5,400 people since April of 2014.

But after the ceasefire was signed, the U.S. State Department warned that Russia was sending large numbers of missiles, rocket launchers, and tanks to the rebel militias around Debaltseve and other towns in the region claimed by rebels as their own.

That claim is exactly why, according to one rebel military leader, the pro-Russia forces who want to secede from Ukraine feel that the ceasefire deal does not apply to the fighting in Debaltseve.

Curiously, however, while Western media weaves a complex web of apparent conspiracies on the part of Russia and the separatist rebels, it conveniently leaves out any reference of the fact that Kiev forces have also stated that they would not abide by any ceasefire agreement – on their territory or otherwise. [emphasis added]

As RT reported on February 13,

Ukraine’s Right Sector leader Dmitry Yarosh said his radical movement rejects the Minsk peace deal and that their paramilitary units in eastern Ukraine will continue “active fighting" according to their "own plans."

The notorious ultranationalist leader published a statement on his Facebook page Friday, saying that his radical Right Sector movement doesn’t recognize the peace deal, signed by the so-called 'contact group' on Thursday and agreed upon by Ukraine, France, Germany and Russia after epic 16-hour talks.

Yarosh claimed that any agreement with the eastern militia, whom he calls “terrorists,” has no legal force.

In his statement, Yarosh claimed that that the Minsk deal is contrary to Ukraine’s constitution, so Ukrainian citizens are not obliged to abide by it. Thus if the army receives orders to cease military activity and withdraw heavy weaponry from the eastern regions, the Right Sector paramilitaries, who are also fighting there “reserve the right” to continue the war, he said.

The Right Sector paramilitary organization continues to deploy its combat and reserve units, to train and logistically support personnel, while coordinating its activities with the military command of the Ukrainian army, paramilitary units of the Defense Ministry and the Interior Ministry, he said. [emphasis added]

Dmitry Yarosh, now second in command of the Security and National Defense Committee of Ukraine, is a well-known neo-Nazi whose “Right Sector” forces have been responsible for a number of massacres in Ukraine including the now famous Odessa massacre.

Virtually nowhere can Yarosh’s statement be read in the Western press absent the alternative media. Nor is there any information regarding the fact that Kiev soldiers named “National Guard” are mostly made up of the actual neo-Nazi forces like Right Sector and Svoboda since the fascist parties were deputized by Interior Minister Arsen Avakov in early 2014.

Thus, with the current ceasefire arrangement being represented as the “last chance” for peace in Ukraine, it is apparent that the Western media is doing all it can to assist NATO in its attempt to ensure that peace is avoided at all costs.

If the fighters on the ground in Debaltseve – from both sides – are not able to come to an understanding to stop the fighting in the very near future, the odds of peace become lower as one moves up the chain of command. If the fighting continues, then the prospect of peace becomes a grim one indeed and the NATO powers need only the slightest opportunity to seize upon events for the purpose of promoting war in Ukraine between the Russian-backed separatists and Western-backed fascists. That, of course, is an agenda that concerns us all. Unfortunately, it is also an agenda that continues to march forward.

Brandon Turbeville is an author out of Florence, South Carolina. He has a Bachelor's Degree from Francis Marion University and is the author of six books, Codex Alimentarius -- The End of Health Freedom, 7 Real Conspiracies, Five Sense Solutions and Dispatches From a Dissident, volume 1and volume 2, and The Road to Damascus: The Anglo-American Assault on Syria. Turbeville has published over 300 articles dealing on a wide variety of subjects including health, economics, government corruption, and civil liberties. Brandon Turbeville's podcast Truth on The Tracks can be found every Monday night 9 pm EST at UCYTV. He is available for radio and TV interviews. Please contact activistpost (at) gmail.com.
Posted by Admin at 7:13 AM