Clarissa Explains It All: CNN Reporter Colludes With Terrorist To Create War Propaganda 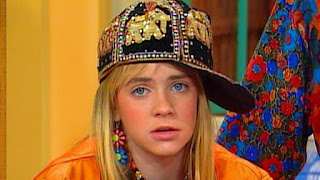 Fresh on the heels of resignations of several CNN reporters due to their exaggerations, breach of ethics, and outright lies regarding the Trump-Russia story as well as the fact that a CNN in producer was caught on camera saying that the Russia story was “Bullshit” and that the “news organization” was indeed engaged in a witch hunt against Donald Trump, the embattled propaganda organization is now facing scrutiny over its close relationship with terrorists and the manner in which it presented them to the general public.

The particular reporter in question this time is the infamous anti-Assad, pro-terrorist Clarissa Ward who built her career based upon her incessant lie-riddled propaganda regarding the “crimes against humanity” committed by Bashar al-Assad’s government and the “bravery” of the Western-backed terrorists. Ward has long come under fire from informed observers in the alternative media and the poster boy of much of her reporting, Bilal Abdul Kareem, has even been criticized by more independent outlets like Alternet.

A recent piece by Ben Norton and Max Blumenthal, whose record on Syria has been better than most MSM writers but who also still leaves the path of imperialism open in many of his pieces, brought to light the obvious connection not only between Kareem and Ward but between CNN and the terrorist organizations it has so undyingly supported since the very beginning of the Syrian crisis.

CNN’s Clarissa Ward first entered Syria under the cover of being a tourist but, in reality, she was on a mission that was anything but sight-seeing. She acted as a wing of the Western-backed destabilization providing deceptive coverage and propaganda pieces for the Western proxies fighting on the ground.

Ward says, “Then, I sort of slipped off into an alleyway in the old city, put a headscarf on, and went and lived with some activists for a week.” When she got back, she had created what amounts to a campaign commercial for the terrorists in Syria, notably the Free Syrian Army. She described the FSA as fighters who “pledge to defend the Syrian people against the Assad regime.”


Of course, Ward didn’t “sort of slip off” anywhere. Had she slipped off to the terrorist held areas, she would have been beheaded for being Western, female, or not being a visible Neanderthal.

Interestingly enough, why would Ward need to don a headscarf for “rebel” held territory but not for government-held territory? Nevertheless, Ward managed to establish a working relationship with the terrorists at the very beginning of the crisis that she would maintain throughout the war.

Ward was no doubt aware of Kareem’s presence in Syria since at least 2014. It was shortly before this time since he burst upon the scene, seemingly out of nowhere, to become a terrorist media superstar. Ward began immediately promoting Kareem’s work as “must read” and his “extraordinary brave reporting.”

Ward’s coverage for the Undercover in Syria CNN special took place in rebel-held eastern Aleppo and Idlib. In these areas, she appeared in a full black niqab to comport with the dress code imposed by al-Nusra, whose legal apparatus had forbidden the wearing of colorful hijab and even outlawed smoking cigarettes and playing music.
Working alongside Abdul Kareem, Ward documented the aftermath of bombings by the Syrian and Russian militaries and the cruelty they visited on the civilian population. She framed the Syrian government’s battle to oust the jihadist-led rebels from eastern Aleppo as “a war on normalcy.”

At the time, Ward was possibly the only Western reporter welcomed into al-Nusra-controlled territory. Kidnappings and the gruesome killing of journalists like James Foley had become the order of the day in areas of Syria controlled by rebel militias and ISIS. Lindsey Snell, one of the last Western journalists to report from Idlib, reported on her kidnapping by al-Nusra. “The group fully acknowledged that I’d been granted permission to report,” Snell wrote, “but said they suspected me of being a spy, an accusation they’ve made against every journalist they’ve kidnapped in Syria.”

Ward had no such problems in the area, and that may have been thanks to Abdul Kareem and the cozy relationship he enjoyed with the Salafi-jihadist militias that dominated eastern Aleppo and Idlib.

Her safety was also ensured by “Abu Youssef,” the bodyguard CNN hired to protect Ward and her producer. It is unclear if he was from a rebel group.

Ward closed an Undercover in Syria report with a bittersweet reflection on her bodyguard:
We hand over a bag full of British chocolates to our security guards. Abu Youssef thanks us and quietly hands each of us a folded piece of white paper with our initials on it.

“Promise me you won’t read these until you get back home to London,” he says.

Two flights and 72 hours later, we open the letters.

“I hope you have a good idea of us,” they read. “Please tell the world the truth about Syria.”


How nice. Ward gives Kareem a box of chocolates and Kareem returns the favor with a card. Meanwhile, both are participating in the fraud of the American propaganda war against the Assad government; a volley of propaganda that has resulted in the death of nearly 500,000 people.


Clarissa Ward and Bilal Abdual Kareem are two peas in a pod in much the same way the U.S. State Department, CIA, CNN, and the rest of the Western mainstream press are joined at the hip, unified in presented the same narrative to the Western public. From CNN’s incessant reporting on the fake narrative of “Russian hacks” and its promotion of the WMD lies to its promotion of terrorists and fabrication of “Syria Danny,” the news organization is finding its credibility in shambles. However, CNN is just one organization in an entire system that is designed to control the pereception of the world held by hundreds of millions of people. At best, Bilal Kareem is a fanatical convert who is so mentally ill he actually believes he is on the right side of this fight. At worst, he is simply an intelligence asset with no moral qualms about the slaughter of hundreds of thousands of innocent people for political purposes.

Likewise, Clarissa Ward may be complicit in war crimes and crimes against humanity but it must be remembered that she is simply one in a million in a bullpen full of tools willing to sell out innocent people and even their own people for a chance to nibble on the crumbs of the psychopaths above them.

But while we shouldn’t be shocked. We should be outraged.

Image Credit
Posted by Admin at 8:13 AM