Resisting The Empire: The Plan To Destroy Syria And How The Future Of The World Depends On The Outcome - Brandon Turbeville New Book Now Available 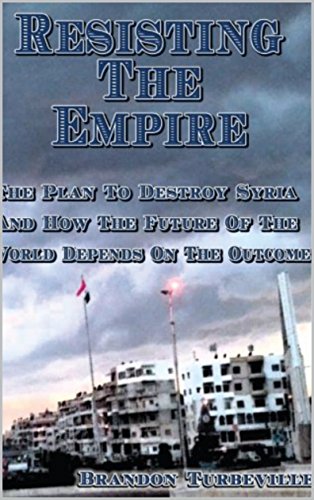 Brandon Turbeville's new book Resisting the Empire: The Plan To Destroy Syria And How The Future Of The World Depends On The Outcome is now available online and in select locations.

In Resisting The Empire, Brandon Turbeville draws a picture of the Syrian crisis from the its beginnings in 2011 and even earlier, since the United States funded and organized the foundations for destabilization long before the first shots were fired. This book discusses the start of the crisis, the devolution of the war, and the tragedy of Western imperialism. Turbeville also deconstructs the propaganda of the West – from chemical weapons, torture, “crimes against humanity,” “White Helmets,” and more – and exposes the NATO alliance, GCC, and Israel for their war on Syria. This book names each of the geopolitical players and discusses their role in the affair. Resisting The Empire documents the tragedy of Western imperialism while, at the same time, honoring the courage and will of the Syrian people to not only survive but to face down the largest military force the world has ever known.

By the book in hard copy or Kindle version on Amazon here or click on the link below!