Did Trump Hint At Future Death Penalty For Drug Dealers? 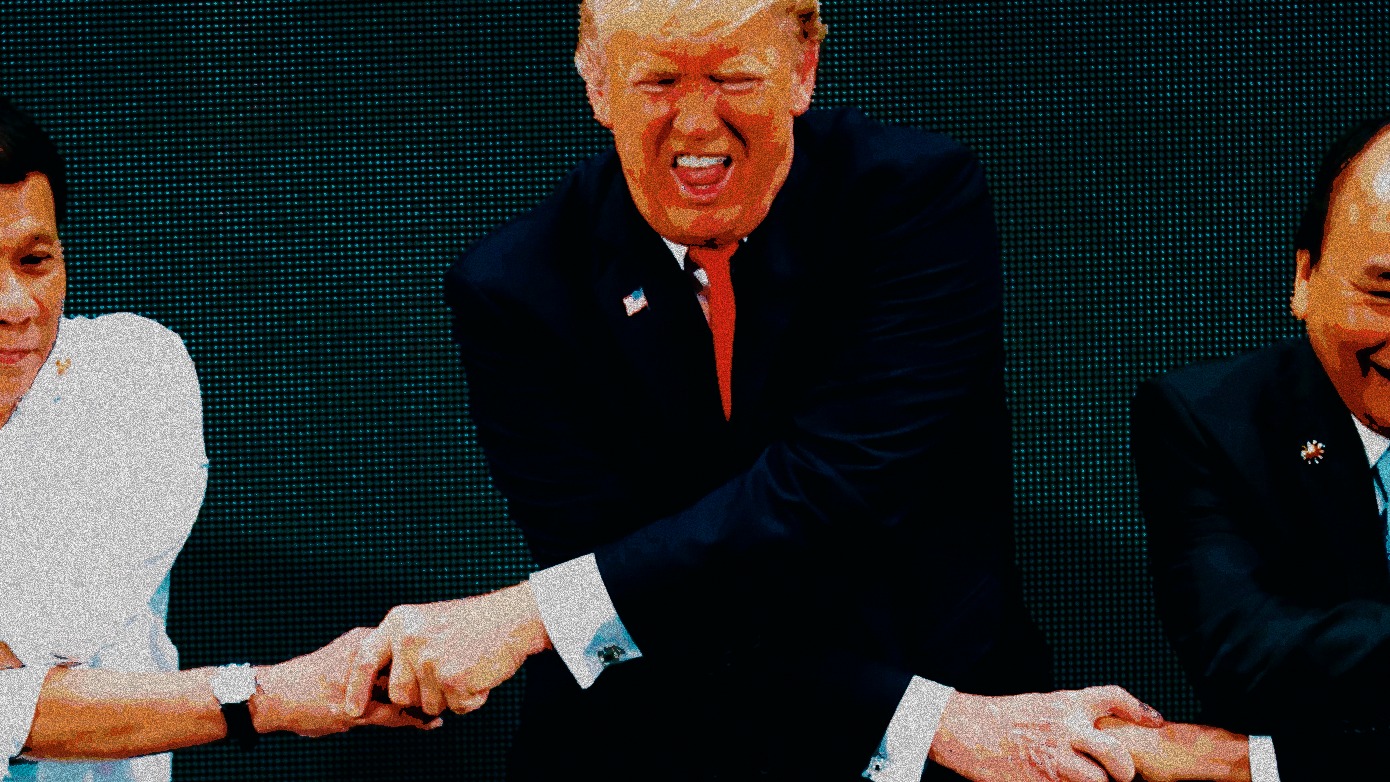 Ever since he took office, Donald Trump has been hinting at an even tougher drug policy than his predecessor, even after decades of an entrenched police state that has overseen the largest incarceration numbers in the world.

Trump’s hints were followed up by Attorney General Jeff Sessions frightening and idiotic statements regarding marijuana and thus assuring Americans that they would endure at least four more years of freedom-crushing legislation and enforcement, incarceration and violence over plants and substances any free human being should have the right to consume if they so choose.

Now, only days after stating that he would like to “take the guns first, go through due process second,” Trump is now hinting at the possibility of calling for the death penalty for drug dealers.

The answer is you have to have strength and you have to have toughness. The drug dealers, drug pushers – they’re really doing damage. Some countries have a very, very tough penalty, the ultimate penalty and, by the way, they much less of a drug problem than we do. So we’re going to have to be very strong on penalties.

Of course, there are countries that don’t have drug laws, or at least have decriminalized the use of drugs that also have much less of a drug problem than the United States. Not only is there no evidence that harsher penalties reduce drug usage, there is plenty of evidence that harsher penalties do nothing but exacerbate the problem, all while creating a national gulag system and a drain on public wealth in the process.


But suggesting the death penalty for drug dealers, even as a consideration, is going many steps beyond even Richard Nixon and Ronald Reagan. The former being more closely paralleled with Donald Trump than he may realize.

A Government of Wolves: The Emerging American Police State

Chasing the Scream: The First and Last Days of the War on Drugs

And before anyone believes that Trump’s statement was simply a one-off, Trump personally congratulated Duterte on his literal Drug War, congratulating him on his “unbelievable job on the drug problem.”

Many countries have the problem, we have a problem, but what a great job you are doing and I just wanted to call and tell you that.

Duterte’s “great job” was one of extrajudicial killings and assassination of which is the stereotypical, banana republic police state. With the American government losing or having lost 8 wars since 2001, the economy a shell of its former self, and a government being more openly controlled by a deep state apparatus, America’s ability to be “very tough” is fading; and, thus, it seems the American government will have to be satisfied with being “very tough” on its citizens.

Brandon Turbeville – article archive here – is an author out of Florence, South Carolina. He is the author of six books, Codex Alimentarius — The End of Health Freedom, 7 Real Conspiracies,Five Sense Solutions and Dispatches From a Dissident, volume 1 and volume 2, The Road to Damascus: The Anglo-American Assault on Syria,and The Difference it Makes: 36 Reasons Why Hillary Clinton Should Never Be President. Turbeville has published over 1,000 articles dealing on a wide variety of subjects including health, economics, government corruption, and civil liberties. Brandon Turbeville’s podcast Truth on The Tracks can be found every Monday night 9 pm EST at UCYTV. He is available for radio and TV interviews. Please contact activistpost (at) gmail.com.
Posted by Admin at 6:01 AM