It is well-known to anyone who spends even the smallest amount of time researching the Syrian conflict that the United States and Britain have been providing support to not only the White Helmets but also to terrorist groups such as al-Nusra, ISIS, and al-Qaeda among others. Indeed, ample evidence shows that the White Helmets are nothing more than a support group for al-Nusra, essentially acting as a propaganda wing of the organization. In other words, it is evident enough to anyone who examines the situation closely that the White Helmets and Nusra are the same organization.

The journalist who has contributed the most to exposing the White Helmets fraud, Vanessa Beeley, has traveled to Syria on numerous occasions, bringing back video and photo evidence clearly demonstrating the link between these two groups.

I also traveled to Syria in October, 2017 and was able to get a look at the East Aleppo al-Nusra Front compound for myself. Although Beeley's images and video are damning, there is nothing like being in the compound yourself to really get a grasp for just how interconnected these two groups are with one another.

As I stood in the courtyard of the East Aleppo al-Nusra Front headquarters (formerly a school compound occupied by terrorists in hopes of using the facility as cover and great PR if ever it was to be bombed), I was struck by just how obvious it was that the White Helmets and al-Nusra were the same organization.

Despite the facility being widely recognized as the al-Nusra headquarters, once can easily see the White Helmets logo which is prominently painted along the longest side of the building adjacent to the al-Nusra building. The two buildings are so close that two children - one standing in the White Helmets courtyard and one standing in the Nusra courtyard - could play catch without trouble.


To be clear, the same compound that al-Nusra Front occupied and maintained as their own headquarters was also serving as the headquarters of the White Helmets. This presents another ready made propaganda gift since, when eliminating the terrorists from the compound, the Syrian army could be accused of bombing not only a school but selfless humanitarian rescuers. 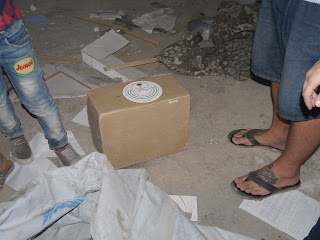 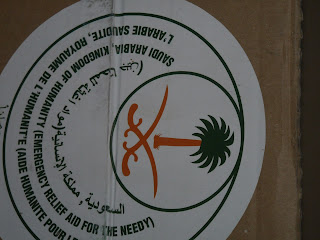 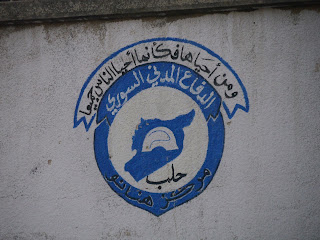 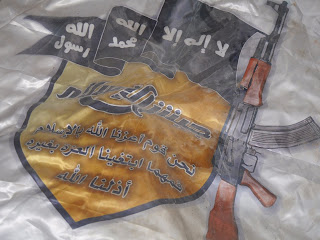 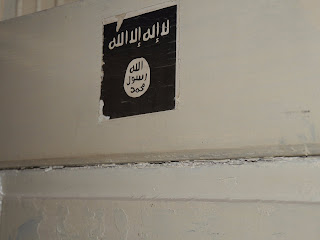 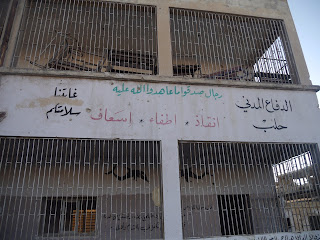 Even within the White Helmets facility, terrorist flags and graffiti were all over the building, some left haphazardly on the ground during battle, some still tacked up on the wall.

Vanessa Beeley recorded a panarama video of the compound which can be viewed here which clearly shows the proximity of the two buildings to one another.

Anyone who sets foot in this compound will have absolutely no doubt left in their mind that the White Helmets and al-Nusra are the same organization. There will also be no doubt that the Western corporate media has done nothing but lie and deceive their audiences as to the nature of the White Helmets and the entirety of the so-called "rebels" in Syria.