What Is Wrong With Joe Biden? VP's Statements On Syria Explained 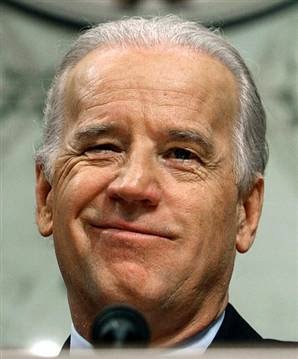 Informed observers and those knowledgeable about the crises in Syria might be somewhat confused by recent remarks made by Vice President Joe Biden at the annual John F. Kennedy Jr. Forum at Harvard University’s Institute of Politics.

At first glance, Biden’s comments seem as though they are a stunning admission that not only are there no moderate rebels in Syria but that close American allies like Saudi Arabia, Turkey, and the United Arab Emirates are responsible for their growth and proliferation in Syria.

In the Q&A session after the scheduled talk, Biden’s statements went as follows:

Question: In retrospect do u believe the United States should have acted earlier in Syria, and if not why is now the right moment?

Biden: The answer is ‘no’ for 2 reasons. One, the idea of identifying a moderate middle has been a chase America has been engaged in for a long time. We Americans think in every country in transition there is a Thomas Jefferson hiding beside some rock – or a James Madison beyond one sand dune. The fact of the matter is the ability to identify a moderate middle in Syria was – there was no moderate middle because the moderate middle are made up of shopkeepers, not soldiers – they are made up of people who in fact have ordinary elements of the middle class of that country. And what happened was – and history will record this because I’m finding that former administration officials, as soon as they leave write books which I think is inappropriate, but anyway, (laughs) no I’m serious – I do think it’s inappropriate at least , you know, give the guy a chance to get out of office. And what my constant cry was that our biggest problem is our allies – our allies in the region were our largest problem in Syria. The Turks were great friends – and I have the greatest relationship with Erdogan, which I just spent a lot of time with – the Saudis, the Emiratis, etc. What were they doing? They were so determined to take down Assad and essentially have a proxy Sunni-Shia war, what did they do? They poured hundreds of millions of dollars and tens, thousands of tons of weapons into anyone who would fight against Assad except that the people who were being supplied were Al Nusra and Al Qaeda and the extremist elements of jihadis coming from other parts of the world. Now you think I’m exaggerating – take a look. Where did all of this go? So now what’s happening? All of a sudden everybody’s awakened because this outfit called ISIL which was Al Qaeda in Iraq, which when they were essentially thrown out of Iraq, found open space in territory in eastern Syria, work with Al Nusra who we declared a terrorist group early on and we could not convince our colleagues to stop supplying them. So what happened? Now all of a sudden – I don’t want to be too facetious – but they had seen the Lord. Now we have – the President’s been able to put together a coalition of our Sunni neighbors, because America can’t once again go into a Muslim nation and be seen as the aggressor – it has to be led by Sunnis to go and attack a Sunni organization. So what do we have for the first time?


To be sure, Biden’s statements are stunning in their level of clarity considering the consistent stream of lies and disinformation coming from the White House since the beginning of the Syrian crisis. But the fact that there is no moderate opposition and that a number of Gulf State feudal monarchies have funded the death squads from the beginning is not news to anyone who has been following the situation. Nevertheless, it does stand as an important confirmation of everything informed researchers have been saying since 2010 – that nations such as Saudi Arabia, Turkey, and the United Arab Emirates have been supporting Al-Qaeda, ISIS, and other death squads holding a variety of different names for the same organization.

Saudi Arabia has been quite open regarding its support for terrorism. Remember, the Saudi Prince Bandar Bin Sultan even threatened Russia over the first attempt to invade Syria; that if Putin did not throw Syria to the wolves, then Saudi Arabia would unleash a number of terrorists which it controls against Russia. He said,


Bandar also allegedly stated that the Chechen terrorists currently involved in Syria at the time were another tool that Saudi Arabia could use at will.

Interestingly enough, ISIS has recently stated that Russia is one of its main targets in addition to Syria, Iraq, and other areas in the Middle East (minus Israel).

Yet what Biden conveniently does not mention in his statement is the fact that the United States has played an even bigger role in the funding, arming, directing, and controlling of the death squads operating in Syria since as far back as at least 2007. For instance, consider the now famous report from Seymour Hersh entitled “The Redirection” which alludes to as much when he wrote,


While Hersh’s report was written in 2007, knowledge of the plan to use death squads to target Middle Eastern countries, particularly Syria, had been reported on even as far back as 2005 by Michael Hirsh and John Barry for Newsweek in an article entitled “The Salvador Option.”

Remember also that former U.S. Ambassador to Syria, Robert Ford, was instrumental in helping to form, facilitate, and support those death squads inside Syria from the beginning of the crisis until he was removed from his position by the Syrian government.

Sharmine Narwani of Mid East Shuffle further explains more of the general connections between the CIA and their support and promotion of terrorism in Syria. She writes,

Before you allow Biden to transfer all blame for the radicalism in Syria onto the convenient Muslims-du-jour, consider for a moment the US’s role in all of this.

We have press reports that the CIA was a major conduit for the transfer of weapons from Libya to Syria – a role, no doubt, facilitated by US Ambassador Christopher Stevens who was killed in Benghazi by unknown extremists.

We are also told that the US assisted in the logistics of delivering a Saudi-bankrolled transfer of Croatian weapons in 2012 to Syrian ‘rebels.’ According to the BBC: “The CIA is also reported to have been instrumental in setting up the alleged secret airlift of weapons from Croatia. And here is The Telegraph's take on things:

“The shipments were allegedly paid for by Saudi Arabia at the bidding of the United States, with assistance on supplying the weapons organized through Turkey and Jordan, Syria’s neighbors.”

These weapons were later caught on video in the hands of Ahrar al-Sham, which today is a target of US airstrikes inside Syria. The New York Times goes further:

“With help from the C.I.A., Arab governments and Turkey have sharply increased their military aid to Syria’s opposition fighters in recent months, expanding a secret airlift of arms and equipment for the uprising against President Bashar al-Assad, according to air traffic data, interviews with officials in several countries and the accounts of rebel commanders.”

“From offices at secret locations, American intelligence officers have helped the Arab governments shop for weapons, including a large procurement from Croatia, and have vetted rebel commanders and groups to determine who should receive the weapons as they arrive, according to American officials speaking on the condition of anonymity.”

Exactly how does that exonerate Americans from delivering weapons to “Al Nusra and Al Qaeda?”


The answer, of course, is that America is anything but exonerated in the support for Al-Qaeda, Nusra, ISIS and any other future name change the same jihadist proxy army is given by the West. After all, al-Qaeda itself was created by the United States and the policy of using battalions of religious fanatics to achieve geopolitical goals has been a staple of Anglo-American policy for many years.

Remember, in 2012, it was Joe Biden himself that stated “We are working hand in glove with the Turks, with the Jordanians, with the Saudis, and with all the people in the region, attempting to identify the people who deserve the help.”

So if the United States was working hand in glove with the Saudis and the Jordanians and the Turks, and with all the people in the region to identify the appropriate individuals that should receive arms, funds, and training, how did Nusra, Al-Qaeda, and ISIS ever end up with it?

Notice also that there was no mention of Qatar as a supporter of terrorism. This omission could have been just one more example of crazy uncle Joe’s blabbery. But it could also have been intentional. After all, there appears to have emerged some serious disagreements between Qatar and Saudi Arabia as to which feudal monarch’s house is to have the dominant influence in Syria. While the tension between Saudi Arabia and Qatar are, in reality, nothing more than two groups of psychopaths fighting for control over the spoils of Syria, there is some level of competition that exists between the two that serves to benefit NATO to the obvious detriment of Syria. Still, some may justly wonder whether or not Biden’s omission of Qatar was the expression of the solidification of a deeper alliance between the U.S. and Qatar. It would, of course, be wise to acknowledge this as a possibility while, at the same time, refraining from reading too much into the statement.

Biden has since apologized for the remarks.

Joe Biden’s comments are nothing more than a limited hangout designed to cover up the more insidious fact that the United States itself has been supporting the same terrorists as Saudi Arabia, the UAE, and Turkey. His comments only serve to perpetuate the notion that there is such a thing as a moderate opposition in Syria, a concept that is most certainly a myth.

Brandon Turbeville is an author out of Florence, South Carolina. He has a Bachelor's Degree from Francis Marion University and is the author of six books, Codex Alimentarius -- The End of Health Freedom, 7 Real Conspiracies, Five Sense Solutions and Dispatches From a Dissident, volume 1 and volume 2, and The Road to Damascus: The Anglo-American Assault on Syria. Turbeville has published over 300 articles dealing on a wide variety of subjects including health, economics, government corruption, and civil liberties. Brandon Turbeville's podcast Truth on The Tracks can be found every Monday night 9 pm EST at UCYTV. He is available for radio and TV interviews. Please contact activistpost (at) gmail.com.