IMF Plans Massive Austerity for Ukraine According to Crimea Leaders 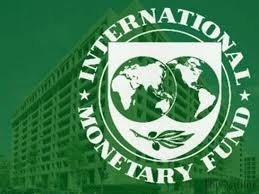 If statements made by Deputy Prime Minister of Crimea, Olga Kovitidi, are to be taken as truth, the future of Ukrainians living under the yoke of Fascists, the European Union, and the IMF will be yet another example of the imposition of extreme austerity measures and national impoverishment that is the fruit of alignment with those institutions.

The Western-backed coup government in Kiev, of course, has already gone begging to the IMF for financial help after it turned its back on a much better loan offered by Russia. The conditions of the IMF loans are, as always, extreme levels of austerity measures and privatization of public services and assets.

Kovitidi, however, provides much more specific information regarding the nature of the IMF conditionalities.

The Deputy Prime Minister claims that the tentative IMF agreement involves handing over the entire country’s gas pipeline for free to the American company Chevron. She also claims that the owners of the Mariupol, Zaporizhzhya, and Dnipropetrovsk steel mills will be required to give up 50% of the ownership stakes to German company Ruhr.

The Finnish subsidiary of Ruhr, according to Kovitidi, will inherit the Donbass coal industry.

Kovitidi also stated that Crimean leaders have discovered that Kiev has promised Western financial interests that it will impose “unpopular measures in order to fill gaps in the Ukrainian budget.” One of these unpopular measures will be the rollback of mechanisms functioning as gas subsidies, forcing the prices of gas for municipal companies to increase by 50% and double for private companies.

A VAT (Value-Added Tax) is also being planned for medications, Kovitidi said.

She also claims that there is a plan to sell off Ukraine’s very rich and fertile farmland to international corporations and foreign countries. Kovitidi states, “The planned annulment of the moratorium on the sale of farmland looks appalling. The selloff of Ukraine's black soil zone, including to foreign countries, may have disastrous economic and social consequences.”

Indeed, Ukraine’s “black earth” region has been sought after by dictators, oligarchs, imperialists, and financiers for many years due to its rich and productive food production capabilities.

Whether or not the details of the IMF agreement are exactly the same as the specific concerns Kovitidi has expressed in her statement, the fact is that the IMF is nothing more than an agent of the world banking elite and predatory financier oligarchs that seek to parasitize on a nation of people already on their knees.

When it comes to true success stories, the IMF has a track record of zero.

In the end, and by this time in history, any leader who gets in bed with the International Monetary Fund should be recognized as a traitor or a fool.

Recently by Brandon Turbeville:
Brandon Turbeville is an author out of Florence, South Carolina. He has a Bachelor's Degree from Francis Marion University and is the author of six books, Codex Alimentarius -- The End of Health Freedom, 7 Real Conspiracies, Five Sense Solutions and Dispatches From a Dissident, volume 1 and volume 2, and The Road to Damascus: The Anglo-American Assault on Syria. Turbeville has published over 275 articles dealing on a wide variety of subjects including health, economics, government corruption, and civil liberties. Brandon Turbeville's podcast Truth on The Tracks can be found every Monday night 9 pm EST at UCYTV.  He is available for radio and TV interviews. Please contact activistpost (at) gmail.com.
Posted by Admin at 8:16 AM