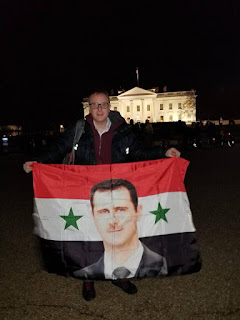 If pictures are worth a thousand words, this guy said a million.

With Washington D.C. routinely being the site of protests and demonstrations, the man in this photograph approached a bit of street theatre taking place in front of the White House.

As it turns out, the demonstrators were supporters of the Free Syrian Army, demanding that Washington continue and increase its support for terrorists in Syria for the purpose of destroying the Syrian government.

Although it is hard to see them in the background, there are around twenty FSA supporters chanting “Assad out of Syria now!” close behind him.

In the foreground, the man is holding a Syrian flag with Bashar al-Assad's face in the middle.


The demonstration seems pointless since the United States is continuing its support for the terrorists, even to the point of risking war with Russia in the process.

Nevertheless, it gave this man an opportunity to commit the best photobomb of the last three years so it wasn’t a total loss. 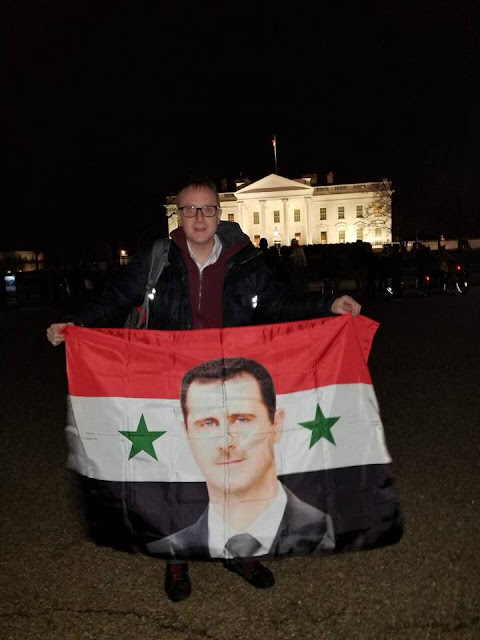