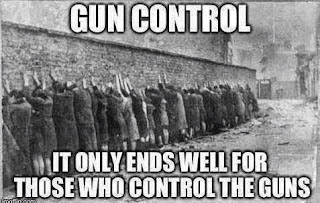 
It only took two days before the anti-gun American bureaucracy began chipping away at the Second Amendment in areas where Congress and the President, despite being backed by billion dollar NGOs and Foundations, have so far been unsuccessful.

On January 2, 2015, the Bureau of Alcohol, Tobacco, Firearms, and Explosives (BATFE) issued its ruling regarding “whether Federal Firearms Licensees (FFL), or unlicensed machine shops, may engage in the business of completing, or assisting in the completion of, the manufacture of firearm frames or receivers for unlicensed individuals without being licensed as a manufacturer of firearms.”

The ruling that was made in order to address the issue that ATF Ruling 2015-1 has called into question - whether or not the ability of American citizens to produce their own weapons, pass them down, and modify those weapons in specific capacities will remain a viable option.

Thankfully, the BATFE is not attempting to entirely eliminate the ability of individuals to manufacture their own weapons, but the agency is attempting to limit that ability.

So far, the policy of the BATFE’s Firearms Technology Branch (now called the Firearms Technology Industry Services Branch) as it was enumerated in 2010 remains the same. The BATFE states that “For your information, per the provisions of the GCA, an unlicensed individual may make a ‘firearm’ as defined in the GCA for his own personal use, but not for sale or distribution.” The FTB continued by stating “Also, based on the GCA, manufacturers’ marks of identification are not required on firearms that are produced by individuals for personal use.

Prince Law Offices analyzed the policy statement and concluded that “it is completely lawful, as acknowledged by ATF, for one to manufacture his/her/its own firearm, provided there is no intent to sell or distribute it.” However, the lawyers’ blog also asked another pertinent question, “but what about when that individual is incapable of turning a block of metal or 80% lower into a functioning firearm?


Regardless, the ruling from the BATFE was justified on the grounds that the agency had been receiving “inquiries from the public” on the issue of private gun manufacture. Of course, given the history of the BATFE, one would be justified in wondering whether or not these “inquiries” in fact existed.

Nevertheless, the BATFE began its ruling by explaining part of the issue at hand – that some individuals purchase “castings or machined/molded or other manufactured bodies (sometimes referred to as “blanks,” or “80% receivers”) that have not yet reached a stage of manufacture in which they are classified as ‘firearm frames or receivers’ under the Gun Control Act of 1968 (GCA).” Many of these individuals are not able to complete the manufacture of the gun, particularly the fire control cavity, and, for that reason, seek out a Federal Firearm Licensee (FFL) or a machine shop in order to assist them in the remaining steps of the procedure.

A business (including an association or society) may not avoid the manufacturing license, marking, and recordkeeping requirements under the GCA simply by allowing individuals to initiate or manipulate a CNC machine, or to use machinery, tools, or equipment under its dominion or control to perform manufacturing processes on blanks, unfinished frames or receivers, or incomplete weapons. In these cases, the business controls access to, and use of, its machinery, tools, and equipment. Following manufacture, the business “distributes” a firearm when it returns or otherwise disposes a finished frame or receiver, or complete weapon to its customer. Such individuals or entities are, therefore, “engaged in the business” of manufacturing firearms even though unlicensed individuals may have assisted them in the manufacturing process.


It also states that

Held, any person (including any corporation or other legal entity) engaged in the business of performing machining, molding, casting, forging, printing (additive manufacturing) or other manufacturing process to create a firearm frame or receiver, or to make a frame or receiver suitable for use as part of a “weapon … which will or is designed to or may readily be converted to expel a projectile by the action of an explosive,” i.e., a “firearm,” must be licensed as a manufacturer under the GCA; identify (mark) any such firearm; and maintain required manufacturer’s records.

Held further, a business (including an association or society) may not avoid the manufacturing license, marking, and recordkeeping requirements of the GCA by allowing persons to perform manufacturing processes on blanks or incomplete firearms (including frames or receivers) using machinery, tools, or equipment under its dominion and control where that business controls access to, and use of, such machinery, tools, or equipment.


While not a ruling on the level of a gun ban or a direct ban on the private production and manufacture of guns, it is nonetheless an example of the chipping away of the Second Amendment rights of American citizens bit by bit, minuscule ruling by minuscule ruling.

As the Prince Law Offices commented,

While I can understand the rationale behind the determination where the individual is under the “instruction or supervision ” of an unlicensed machine shop, as the machine shop or its employees would seemingly be causing the machine to perform the modifications to the 80% lower, I cannot understand or see any (legal) rationale, where the non-licensed machine shop only makes available the equipment and does not provide any instruction or supervision. If the machine shop merely offers individuals the opportunity to utilize its equipment for either a set fee or hourly rate, as a number of machine shops and vocation technical schools offer, the business or school is not involved in any distribution of the firearm nor is it engaged in the business of manufacturing firearms, as the individual retains absolute possession and control in the manufacture of the firearm. The ridiculousness of this determination and logical outgrowth suggests that any manufacturer of drills, drill presses, drill bits, CNC machines, 3d printers…etc is also involved in the distribution of firearms and engaged in the business of manufacturing firearms, even though they only sold a product that the end user elected to utilize in a particular way. If the machine shop only offers its equipment for rental, and does not provide any supervision or guidance, it is no different than the manufacturer of the equipment being utilized.

To be clear, this ruling does not end the practice of manufacturing one’s own firearm. It does, however, put a serious financial dent in the process not only for the individual producing their firearm but for the myriad of companies that produce what is known as “80% lowers.” By ruling that individuals must be able to complete the entire process with their own tools, the number of individuals able to do so (due to their lack of all the proper tools) is likely to go down drastically and thus, the amount of firearm parts and accessories sold and manufactured will be vastly reduced.

The Prince Law Offices, the organization that was largely responsible for revealing the recent BATFE ruling, commented further on the “plethora of concerns” raised by the ruling by asking,

What if the individual borrows a tool from a neighbor? What if the equipment utilized is jointly owned (such as marital property)? Can a company offer membership, whereby any member is entitled to utilize the company equipment for free, and the member complete his/her/its firearm on the company equipment since the business would not be engage in the business? Do machine shops now need to inquire of the individual as to what he/she/it is going to be utilizing the machinery for?


Clearly, there is opportunity for anyone or entity aggrieved to challenge ATF’s Ruling but will anyone from the Industry step up to the plate? With a few recent exceptions, our Industry has generally declined to push-back against ATF’s overarching determinations. Many in the Firearms Industry believe that they can make a deal with the devil and not get burnt (ATF-41p anyone?) or that if they make any waves, they’ll be in the cross hairs of the out-of-control agency known as ATF. Unfortunately, both of those positions have led us to where we are today. We take it on the chin, time after time, and allow ATF to do as it wishes. Either, we need to start pushing back (as some are now doing) or there won’t be an Industry to fight for and our Industry isn’t just an industry, its the Second Amendment.

While the reports of this new ruling will undoubtedly produce a chorus of criticism against those concerned by and opposed to it, with proponents and apathetic observers suggesting that the ruling is no big deal and that, if you can afford to pay the machine shop you can afford the tools, it should be remembered that the issue is not owning tools or mere changes in minor details, it is the ability of free individuals who have a Constitutional and a natural right to own and produce guns for purposes of self-defense that we should be concerned with. What could not be accomplished (yet) with laws passed by Congress or even Executive Orders signed by the President is being accomplished bit by bit as a result of minute rule changes by any one of the myriad organizations that govern the private facets of gun ownership, transfer, and production.

The game is simple – what cannot be accomplished by law or decree can be accomplished through small and incremental rule changes that go largely unnoticed and unopposed at the time of their implementation. As time progresses, America acclimates to the “rules.” We may not like them but that’s the way it is.

It should be clear enough by now that it is high time for Americans to straighten up their backs and change “the way it is.”

Brandon Turbeville is an author out of Florence, South Carolina. He has a Bachelor's Degree from Francis Marion University and is the author of six books, Codex Alimentarius -- The End of Health Freedom, 7 Real Conspiracies, Five Sense Solutions and Dispatches From a Dissident, volume 1and volume 2, and The Road to Damascus: The Anglo-American Assault on Syria. Turbeville has published over 300 articles dealing on a wide variety of subjects including health, economics, government corruption, and civil liberties. Brandon Turbeville's podcast Truth on The Tracks can be found every Monday night 9 pm EST at UCYTV. He is available for radio and TV interviews. Please contact activistpost (at) gmail.com.
Posted by Admin at 5:45 AM