The New Ulster: The Nature and Purpose of The State of Israel 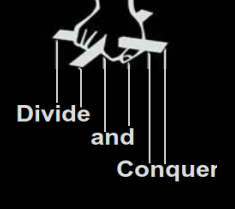 Since the inception of the Israeli state and its official formalization in 1948, Israel has baffled the world with its seeming irrational aggression, hypocrisy, brutality, and willingness to entirely ignore international law. Indeed, Israel is well-known for thumbing its nose at even the basic etiquette for international relations.

Israel’s sordid history – that of its connections to mega-rich banking families like the Rothschilds, racism, double-edged alliances, and genocide – has caused it to, therefore, be the target of many researchers and activists that see it as the sole source of evil upon the earth. Zionist Christians (mostly those in the West), have generally pledged religious allegiance to Israel under the pretext of supporting “God’s Chosen People” and Biblical prophecy. Still others pretend that Israel is the absolute pinnacle of the power structure and condemn Jews as responsible for all the horrors of the world.

Of course, none of these representations are accurate.

Yet, with virtually the entire Middle East erupting in flames, it is important to understand the purpose of the Israeli state as well as the reasons for its seeming irrationality and unmitigated aggression against its immediate and regional neighbors.

In his article entitled, “Beware: Israel the Eager Provocateur,” Tony Cartalucci, points out that Israel “is a stunted, militaristic faux-state that depends entirely on the West for its continued existence.” Cartalucci also accurately describes Israel as a “Forward Operating Base” for a greater power above it.
Cartalucci writes,

As such, Israel's constant and otherwise irrational belligerence makes perfect sense. An FOB's priorities are not prosperity and peace as would a nation's, but rather to engage forward into enemy territory. The trick over the years has been to portray Israel as a nation, while propping up its constant belligerence and aggression as "self-defense." To keep this illusion in motion, Israel and its regional and Western collaborators have even created full-time enemies, including Hamas itself - a creation of Israeli intelligence and to this day primarily propped up by Saudi Arabia and Qatar, both of which are defacto regional partners with the West and of course Israel itself.

While a Forward Operating Base (FOB) is one way to describe Israel, it is also much more than simply a territorial staging ground for Western imperialist motives. It is, in fact, a carefully constructed destabilization organ that was planned an implemented long ago for the purpose of dividing and conquering the entire Middle East as well as for the purpose of fostering and initiating a global military confrontation between major world powers and the world’s three major religions – Judaism, Islam, and Christianity.

As Conn Hallinan wrote for Foreign Policy In Focus, “When British Foreign Secretary Arthur James Balfour issued his famous 1917 Declaration guaranteeing a “homeland” for the Jewish people in Palestine, he was less concerned with righting a two thousand year old wrong than creating divisions that would serve growing British interests in the Middle East.”

Indeed, the righting of an alleged two-thousand-year-old wrong was not even a consideration among the British aristocrats, bankers, and the equivalent parties of other governments and institutions. This mythical righting of a wrong was merely a cover story provided to the public for propaganda purposes. This propaganda was aimed particularly at those of religious backgrounds.

It is important to note, of course, that the narrative being provided by the architects of Israel wereentirely new to these religions and that it was not a philosophy that was adhered to or acknowledged in any of these faiths, at least not in the way it was presented.

For instance, Sir Ronald Storrs, the first governor of Jerusalem for the British empire wrote in his memoirs in 1937 that Israel and the mythical “Jewish Homeland” would be nothing more than a pit of destabilization. Storrs stated that “Even though the land could not yet absorb sixteen millions, nor even eight, enough could return, if not to form The Jewish State (which a few extremists publicly demanded), at least to prove that the enterprise was one that blessed him that gave as well as him that took by forming for England “a little Jewish Ulster” in a sea of potentially hostile Arabism.”[1]

Ulster, of course, was the original Israel.

Ulster was a place in Northern Ireland where, in 1609, the English King Charles I concocted a plan (presumably not on his own) to further weaken the Irish by the tried and true “divide and conquer” mechanism. He marched forward with this plan by removing the O’Donnell and O’Neill clans from the area and moving in around 20,000 Scottish and English Protestants and forming the plantation of Ulster in overwhelmingly Catholic Ireland.

Because of the structure of Ulster, religious tension became inflamed. Division between religious denominations and sects became the order of the day, while the true enemy – Britain – took a back seat in the minds of those squabbling over religious differences and those who received preferential beggar status compared to those who did not.

Ulster was essentially divided into two societies - the Protestants who were “first class” and the native Catholics who were considered and treated as “second class.” The class difference was, of course, sanctioned and enforced by the Crown. Although, after a bit of time, native Irish Catholics were allowed to enter Ulster for purposes of working the land, their presence was entirely labor-based.

Protestants were also granted the “Ulster Privilege,” which afforded them special access to land and lower rent. Ulster Privilege, incidentally, was a concept that was quite similar to the Israeli/Palestinian arrangement today.

In Ireland, resentment between the religious groups could not help but arise as the result of the mandated social structure in Ulster and that, of course, is precisely what happened.

Finally, the religious divisions that resulted from the establishment of Ulster were codified into law with the enactment of the Penal Laws of 1692. These laws denied Catholics any civil rights, removed their ability to sign contracts, become lawyers, or hire more than two apprentices. It is also important to note that the laws were extended to Protestants who intermarried with Catholics.

“In essence,” Hallinan writes, “they insured that Catholics would remain poor, powerless, and locked out of the modern world.” These laws had reverberations that are still being felt in Ireland today.

Even Edmund Burke once commented that the laws were “A machine of wide and elaborate contrivance and as well fitted for the oppression, impoverishment and degradation of a people as ever proceeded from the perverted ingenuity of man.”

Nevertheless, once the British implemented the plan of religious tension and division, it was only a matter of time before the nation of Ireland was subdued and the conquest of the country was solidified. It was a tactic that the British would use successfully throughout its empire across the world.

Of course, these laws, as well as a number of other mandates and societal practices are themselves very similar to the current mechanics of Israel. As Conn Hallinan writes,

It would appear the Israelis have paid close attention to English colonial policy because their policies in the Occupied Territories bear a distressing resemblance to Ireland under the Penal Laws.
The Israeli Knesset recently prevented Palestinians married to Arab Israelis from acquiring citizenship, a page lifted almost directly from the 1692 laws. Israeli human rights activist Yael Stein called the action “racist,” and Knesset member Zeeva Galon said it denied “the fundamental right of Arab Israelis to start families.” Even the U.S. is uncomfortable with the legislation. “The new law,” said U.S. State Department spokesman Phillip Reeker, “singles out one group for different treatment than others.”
Which, of course, was the whole point.
[...]
As the penal laws impoverished the Irish, so do Israeli policies impoverish the Palestinians and keep them an underdeveloped pool of cheap labor. According to the United Nations, unemployment in the West Bank and Gaza is over 50 percent, and Palestinians are among the poorest people on the planet.
Any efforts by the Palestinians to build their own independent economic base are smothered by a network of walls, settler-exclusive roads and checkpoints. It is little different than British imperial policy in India, which systematically dismantled the Indian textile industry so that English cloth could clothe the sub-continent without competition.
Divide and conquer was 19th and early 20th century colonialism’s single most successful tactic of domination. It was also a disaster, one which still echoes in civil wars and regional tensions across the globe. This latter lesson does not appear to be one the Israelis have paid much attention to. As a system of rule, division and privilege may work in the short run, but over time it engenders nothing but hatred.
Hallinan is correct to draw such parallels between Ulster and Israel. However, it is incorrect to assert that the Israelis have not paid attention to the fact that “divide and rule” is a strategy that ends in civil and sometimes regional wars. This, unfortunately, is the goal of Israel’s existence.

In the end, and with all of this in mind, the purpose and nature of the settler state of Israel is more easily understood. Simply put, Zionism is not the center of the conspiratorial spider web, it is just another strand of it.

By enacting its own reign of terror against Palestinians, controlling and directing fanatical Muslim extremist groups throughout the Middle East, conning Western Christians into supporting military action in the Middle East under the guise of “protecting Israel against its hostile enemies,” and, all the while, doing so under the cover of a “Jewish” state, Israel stands as the greatest destabilizing force in the entire Middle East.

Brandon Turbeville is an author out of Florence, South Carolina. He has a Bachelor's Degree from Francis Marion University and is the author of six books, Codex Alimentarius -- The End of Health Freedom, 7 Real Conspiracies, Five Sense Solutions and Dispatches From a Dissident, volume 1and volume 2, and The Road to Damascus: The Anglo-American Assault on Syria. Turbeville has published over 300 articles dealing on a wide variety of subjects including health, economics, government corruption, and civil liberties. Brandon Turbeville's podcast Truth on The Tracks can be found every Monday night 9 pm EST at UCYTV.  He is available for radio and TV interviews. Please contact activistpost (at) gmail.com.
Posted by Admin at 12:55 PM