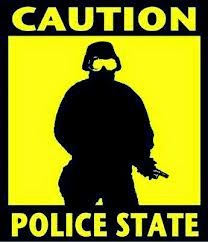 Back in April, 2014, I wrote an article entitled “FBI Visiting Gun Shops To Investigate ‘People Talking About Big Government,” where I reported the fact that FBI Counterterrorism agents were visiting South Carolina gun shops in order to gain information regarding potentially “suspicious” customers. These “suspicious” people were not those suspected of Muslim extremism but Americans who were concerned with big government.

The agent who approached the gun shop discussed in my article was actually quoted as saying “If you see some Middle Eastern guy come in. You don’t have to be so worried about that. What we’re really looking for are people talking about being sovereign such as sovereign citizens or people talking about Big Government.”

At the time, I received a substantial amount of skepticism from those who found the agents words to be too unbelievable to be legitimate.

However, with the revelation of a recent survey conducted by the National Consortium for the Study of Terrorism and Responses to Terrorism (START), all doubt should be removed as to the veracity of the original report.

This is because the START survey “Understanding Law Enforcement Intelligence Processes,” has determined that the Sovereign Citizen movement – not Islamic extremism – is the number one threat for domestic terrorism inside the United States.

To be fair, Islamic extremism was considered as one of the top three greatest threats to domestic internal security. Also in the top three, was the American Patriot Militia movement, a favorite target of the FBI for 25-30 years despite the fact that the American militia movement is only connected to terrorism in the fantastic realms of propaganda pushed by government agencies.

The report reads that:

First, law enforcement perceptions about what is a serious threat in their community has changed significantly over time. Law enforcement is much more concerned about sovereign citizens, Islamic extremists, and militia/patriot group members compared to the fringe groups of the far right, including Christian Identity believers, reconstructed traditionalists (i.e., Odinists), idiosyncratic sectarians (i.e., survivalists), and members of doomsday cults. In fact, sovereign citizens were the top concern of law enforcement, but the concern about whether most groups were a serious terrorist threat actually declined for most groups (e.g., the KKK; Christian Identity; Neo-Nazis; Racist Skinheads; Extremist Environmentalists; Extreme Animal Rights Extremists).
This response, of course, is also interesting considering the fact that mainstream media outlets as well as politicians and other commentators have been promoting the idea that there is not only thepossibility but the probability that terrorist attacks will occur here in the United States and in Europe as a result of Western-backed death squad fighters returning from the battlefield in Syria and other locations.

The officers surveyed said the most useful law enforcement entities in combating terrorism include state/local fusion centers, the FBI’s Joint Terrorism Task Force(s), the FBI, and the Department of Homeland Security’s Office of Intelligence and Analysis.
In addition, the officers said that the most valuable open-source materials they use to gather information are the Internet, human intelligence sources, and the media.
START is funded by the US Department of Homeland Security with an initial $12 million grant in 2005 which was subsequently renewed in 2008. The DHS’ Science and Technology Directorate supports START but the program also receives funding from other agencies, universities, and private organizations.

Regardless of what one may think of the Sovereign Citizen movement, the fact is that the Homeland Security police state behemoth that was justified under the pretext of protecting Americans from Islamic extremism and al-Qaeda (which is funded and directed by the very same government), is now fully turned inward toward the American people and all who may dissent from the dictates of the State.


Brandon Turbeville is an author out of Florence, South Carolina. He has a Bachelor's Degree from Francis Marion University and is the author of six books, Codex Alimentarius -- The End of Health Freedom, 7 Real Conspiracies, Five Sense Solutions and Dispatches From a Dissident, volume 1and volume 2, and The Road to Damascus: The Anglo-American Assault on Syria. Turbeville has published over 300 articles dealing on a wide variety of subjects including health, economics, government corruption, and civil liberties. Brandon Turbeville's podcast Truth on The Tracks can be found every Monday night 9 pm EST at UCYTV.  He is available for radio and TV interviews. Please contact activistpost (at) gmail.com.
Posted by Admin at 5:56 AM