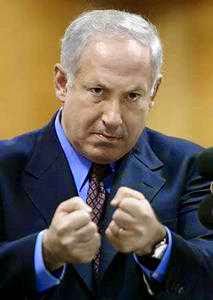 While the world is focused on the questions surrounding the Malaysian flight that crashed in Ukraine on July 17 and the aftermath that will result from it, another campaign of genocide in a long list of campaigns of genocide is taking place in Gaza.

After days of both air and sea-based military strikes against Palestinians living Gaza, Israeli tanks have crossed the border and are now pushing even deeper into the tiny sliver of land.

According to Israeli military statements, Israel has called up 48,000 reserve troops as well as 18,000 additional soldiers which were called upon on Thursday, July 17.

So far, the death toll in Palestine has reached around 260. There has been only fatality on the Israeli side, a soldier who was killed in the northern part of Gaza.

Approximately one third of Palestinian casualties are women and children.

All of this occurs, of course, in the face of immense apathy on the part of the Western public or even unfortunately amidst fanatical, albeit misguided, support.

Yet even the activist communities who would have been focused on drawing attention to the slaughter taking place in Gaza have now been drawn off target as they follow the details of a downed plane in Ukraine, an apparent false flag designed to attract world attention and drum up support for a NATO confrontation with Russia.

Clearly, the world oligarchy is not letting a good crisis go to waste.

With this in mind, it is important to remember the reported words of Benjamin Netanyahu, the now Prime Minister of Israel who stated, in 1989 as the then-Deputy Foreign Minister, that “Israel should have exploited the repression of the demonstrations in China [Tiananamen Square], when world attention focused on that country, to carry out mass expulsions among the Arabs of the territories.”[1]

Netanyahu’s statement is, of course, very similar to the sentiment expressed by former Obama Chief of Staff, Chicago Mayor, and former civilian volunteer for the Israeli Defense Forces, Rahm Emmanuel when he stated that “You never let a serious crisis go to waste. And what I mean by that, it's an opportunity to do things you think you could not do before.”

Thus, it is important to remember that, whenever mainstream press outlets begin coverage of a subject that takes on a life of its own – 24 hour a day coverage and constant updates – that, while it may very well be a legitimate issue, it may just as likely be a sleight of hand.

[1] The Netanyahu quote is provided by Al-Jazeera. However, the original source, according to Al-Jazeera is the Israeli journal Hotam, November 24, 1989.

Brandon Turbeville is an author out of Florence, South Carolina. He has a Bachelor's Degree from Francis Marion University and is the author of six books, Codex Alimentarius -- The End of Health Freedom, 7 Real Conspiracies, Five Sense Solutions and Dispatches From a Dissident, volume 1and volume 2, and The Road to Damascus: The Anglo-American Assault on Syria. Turbeville has published over 300 articles dealing on a wide variety of subjects including health, economics, government corruption, and civil liberties. Brandon Turbeville's podcast Truth on The Tracks can be found every Monday night 9 pm EST at UCYTV. He is available for radio and TV interviews. Please contact activistpost (at) gmail.com.
Posted by Admin at 7:25 AM