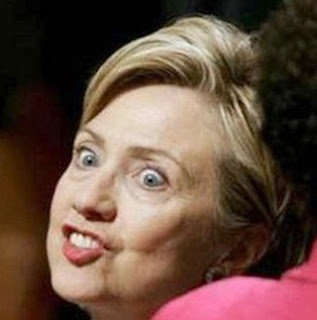 Attempting to revive the rhetorical spirit of Franklin D. Roosevelt and the New Deal, Hillary Clinton unveiled her new plan to alleviate the crushing burden of student debt, calling it a “new college compact.” In truth her goal was to bring in a younger demographic and compete with challenger Bernie Sanders.

Clinton claims her new plan would provide an avenue that would allow students to attend college without taking out loans – essentially a tuition-free college experience. The plan involves the Federal government giving out grants to states to assist in their efforts to send students to college debt-free by setting their rates which students can afford without the necessity of taking out loans. The plan also suggests that it would make community college free as well as reducing interest rates for individuals who are already stuck with student loans.[1]

Clinton suggests that she will pay for the grants, free college, and loan refinancing by “cutting tax deductions for the wealthiest Americans,” and “closing loopholes.” Exactly which deductions would be cut and which loopholes would be closed have yet to be unveiled. Likewise, the definition of the term “wealthiest” is still left open ended. Nor has the rate at which the government will refinance student loans been revealed.[2]

Speculation regarding Hillary’s tax hike centers around figures Obama flirted with early on with little success – the $200,000 mark. Still, given Clinton’s history (and the history of all political parasites), one would be justified in worrying whether or not the proposed tax increases and “loophole” elimination will be extended even further down from the middle class to the working class. [3]

Unfortunately, Hillary’s plan regarding the lower interest rates on refinanced student loans are not exactly low interest rates. They are essentially a refinancing at the current rate of interest, approximately 3.5%.

The Tax Wall Street Party, an organization dedicated to the American system of economics, pointed out the flaws in the Clinton college plan. The TWSP writes,

Hillary Clinton released her plans for higher education on Monday, which turned out to be a pathetic copy of Elizabeth Warren's shredded up and forgotten “Bank on Students” proposal. Hillary's program would allow existing loans be refinanced at current interest rates, making one consolidated payment program based on income levels capped at 10% of total income, with the remaining balance being forgiven after 20 years. The government will also provide grants to colleges that agree to set tuition at a rate which students can afford without taking out loans. Community colleges would also be tuition-free. The total cost of Hillary’s plan would be $350 billion over 10 years; this money will come from capping itemized tax deductions for the wealthy.

Hillary also wants to “bend the cost curve" of higher education by lowering the cost of actually providing education, not just shifting money to pay for it. This essentially means the quality of education may be worsened because of schools cutting costs and instituting more online classes (as recommended by Clinton campaign consultant Sebastian Thrun, the founder of the online courses provider Udacity).

The huge cost of her proposal and the fact that it would come from itemized tax deductions, which the rich can simply avoid through loopholes, means it will undoubtedly fail to be enacted. Coupled with the vociferous outbursts of the reactionary right, any program pushed through by Clinton would likely be a pale shadow of what she is now proposing.

The true solution that Clinton and Sanders will not mention is a 1% Wall Street Sales Tax that will cover the costs of higher education for all students with a C average or above who wish to go to a community college, and then complete their degree at a four-year public college or state university. For those without the C average, free remedial programs will be made available for them to qualify. For those from disadvantaged circumstances the programs will be offered free of charge through a government program modeled on Franklin D. Roosevelt's Civilian Conservation Corps. Incentives must be provided for attracting students into either vocational training or sciences such as physics, chemistry, and biology. Students currently holding student loan debt would be able to refinance their loans a 0% interest courtesy of a dedicated window at the Federal Reserve.

Such a program is necessary to create a productive workforce in the 21st century for high wage, high skilled jobs. The education program will train Americans to fill productive jobs ranging from the socially necessary (policing, firefighting, health care and human services), to the production of industrial commodities like machine tools and parts, the construction of infrastructure like maglev rail, dams, and nuclear reactors, and finally research in high-energy physics, biomedical research, aerospace, and lasers. A program that trains students to participate in a productive, rather than a consumer or parasitical, economy is something that will never come from the mouths of mush-head Malthusian Democrats like Bernie Sanders or Wall Street Democrats like Hillary Clinton.[4]


Indeed. Clinton’s “free education” plan is not so free. But the potential for truly achievement-based free education and refinanced student loans remains within our grasp. Unfortunately, it will never become a reality so long as Americans are shackled to politicians like Clinton.


[4] “TWSP/UFAA Morning Briefing for Tuesday, August 11, 2015. INTRIGUES OF ISIS CZAR ALLEN AND MADMAN ERDOĞAN ARE PUSHING TURKEY TOWARDS ALL-OUT CIVIL WAR; MONDAY’S TERRORIST FLAREUP A DIRECT RESULT OF ANKARA’S ATTACKS ON KURDS; WHEN THE CAT’S AWAY, THE RATS WILL PLAY, AND OBAMA IS ON MARTHA’S VINEYARD; TIME TO #FIREALLEN4ISIS!” Tax Wall Street Party website. August 11, 2015. http://twsp.us/briefing/20150811 Accessed on September 10, 2015.


Brandon Turbeville – article archive here – is the author of seven books, Codex Alimentarius — The End of Health Freedom, 7 Real Conspiracies, Five Sense Solutions and Dispatches From a Dissident, volume 1 andvolume 2, The Road to Damascus: The Anglo-American Assault on Syria, and The Difference it Makes: 36 Reasons Why Hillary Clinton Should Never Be President. Turbeville has published over 650 articles dealing on a wide variety of subjects including health, economics, government corruption, and civil liberties. Brandon Turbeville’s radio show Truth on The Tracks can be found every Monday night 9 pm EST atUCYTV. His website is BrandonTurbeville.com He is available for radio and TV interviews. Please contact activistpost (at) gmail.com.