Killing The Culture Of Death 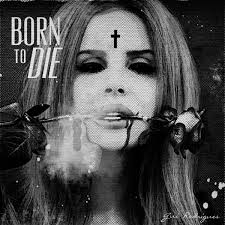 On radio, iTunes, and MTV the Stars are aligned, singing “Die Young” and “Born to Die”.

A former Poison Giant now supplies a large portion of the nation’s food supply, and a mega Soda Corp. uses fetal stem-cells in the lab to “enhance flavor”.

Meanwhile Government subsidizes the clinical elimination of millions of unborn children, as Media collectively makes marriage appear absurd and/or impossible, and child-rearing unappealing drudgery. But eternal narcissism and categorical infertility (pardon my French, “la joie de vie”), are made to look as alluring as the golden apple Eris threw in-between Hera and Aphrodite at the wedding which caused the Trojan War. (Poor Paris, he didn’t stand a chance.)

Alas, Big Money has its paw-prints all over this mess: the same Cabal that lurks behind Big Media, running roughshod over the rubrics of life, the cause of confabulation in the minds of Americans. Furthermore, due to its immensity, said Cabal is able to use the intricate machinery of Institutions and Corporations like a virus uses the organelles of a host cell.

The proceeding nonsense is brought to you by the SIX death-dealing Corporations that own the entire Media:

1: The slick advertising campaigns that sell the endless wars (hats off, seriously, for somehow getting away with having no debates at all. I’m totally impressed, Oligarchs);


2: The Entertainment Mainstream’s fascination with Witchcraft and Sorcery, with good old family Disney being a prime proponent (“Charmed”, I’m sure);

3: The nearly infinite permutations of the Zombie theme (or perhaps you didn’t notice);

4: The ubiquitous Ghost Shows, with (of course!) a corresponding Medium trudging through the haunting;

5: the suavely construed sex and death confections (even I felt a little tug for Santa Muerte while watching Bond with his lady friend during “SPECTRE’s” festival scene);

6: And just because there ought to be six examples, how about the deadly pills the TV pushes that can potentially kill, but are sold with glossy butterflies and smiling pill-poppers?

The point I'm trying to make is that Television and Media are the chief propagandists and apologists for the Culture Death. Go ahead, try and find a Mainstream source that’s wholesome and in the service of life (take your time, I’ll wait); or a Government, for that matter! Sure, there is the "Hallmark Channel", which tries to affect that "greeting card feel", but even they tend to run shows that disempower women. In fact, "Hallmark" is a good example for citing a trend: with all Media, it seems a small of amount of the displaying of the Good builds up a certain level of trust, which is followed by countless examples of lies, betrayals, and sex and death all intertwined.

It’s no stretch to see that in one way or another, the entirety of Big Money/Media seems allied against fertility, family, and the life of Western Culture; selling happiness as the ultimate objective, while honors, riches, and pleasures supersede child-bearing and family continuity, which (please take note) seem actually to lead to a next generation.

But someone will say, “Yeah, well that’s just done for copy”. Okay, still not convinced?

Then consider how society’s “vaunted humanitarians”, Bill and Melinda Gates, have been seeking to extend the future of Africa: by handing outcondoms and birth control. (Hey, who needs fresh water and agriculture, anyway?). Next, add in the supra-national “animals first, earth first, humans are a scourge” “Green Movement” into the mix. And please remember that the “Green-Gates” of Big Philanthropy inevitably open onto the dark frontiers of Big Money.

Still another person will say, “That? That’s all just accidental”; or, “Nothing could be so organized. How could televised zombies, endless wars, a supposed infertility agenda, and the Green Movement all factor into one ultra-organized culture of death?".

I hear you, but I would point out to that person they need to research the Council of 300, the Bilderberger Group, and, for good measure, check out John Rappaport’s work on the Trilateral Commission. Seriously, these cats are organized, supremely powerful, and corrupt beyond description.

It is just such societies as ours that, having become rationalistic, mechanistic, and supremely powerful, with the full force of cynicism, begin to attack life while overdosing on pleasure. A good historical touchstone would be Carthage. With its vast trading capability and unrivaled wealth, it too became a culture obsessed with death, and sought to subdue the world while incinerating its own children. So too with the Aztecs, who sacrificed the living at the service of material ends, and played games that they thought had eternal consequences. In short, materialism makes society inverted, and therefore insane.

These tendencies are almost exclusively the fruit of ossified societies, like our own; only, our society has become part of a world civilization, and thus the threat is extended to all humanity. So if you are still wondering why the elite should create such a culture, perhaps the better observation would be to realize that such a culture has created them.

On the surface, everything from death-dealing cancer care, to the free and Democratic progression of Euthanasia, may seem random and innocuous. If so, that’s actually scarier to me than a conspiracy, because that kind of “random” uniformity may actually suggest some form of spiritual warfare.

Many researchers will tell you that as you ascend to the summits of Power, Money, and Control, the price of admission becomes an allegiance to Darkness. And this particular journalist believes the Dark Powers That Be are nearing an organized endgame scenario. After all, how much bigger and more powerful do their Institutions need to become, before they finally tighten the noose, or perhaps simply collapse it all?

But whether satanic or simply spiteful, when you view the scene from above, it appears the Dark Powers are hell bent on destroying the Beautiful, the Good, and the life of the world.

It is my contention that all the aforementioned is intentional; that, impossible as this may sound, it is a complex international operation; and that there is most likely a spiritual aspect at work, as well.

Unfortunately for the Dark Powers, as any well-read child can tell you, there is an “Ancient Magic” (in the words of C.S. Lewis) that has always brought life out of death. And if you doubt it, just try and figure out how life came into existence from nothingness and persists despite all obstacles.

All the gnostic hatred leveled by Darkness at the Source of Life must necessarily destroy itself by itself, because destruction is the only thing Death really knows how to do.

The bigger they are, the harder they fall.


Read more from Chris Veritas at www.ChrisVeritas.blogspot.com. Read his satire at www.SomeCryWolf.blogpsot.com.
Posted by Admin at 3:08 PM