WHO Reports That Processed Meats Are Linked To Cancer 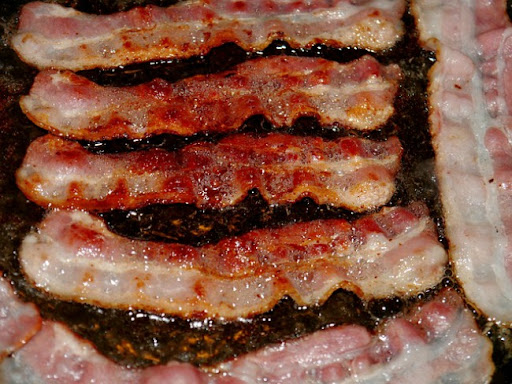 Confirming what many in the natural health community have known for some time, it appears that the last horse is finally crossing the finish line as the World Health Organization announced on Monday that cured and processed meats such as hot dogs, ham, bacon and sausage are part of a top-tier list of carcinogenic substances.

America’s favorite breakfast foods, according to the World Health Organization are now in the same category as cigarettes, alcohol, arsenic and asbestos. The World Health Organization’s International Agency for Research on Cancer is bundling processed meats with the other listed carcinogens because of their documented link to bowel cancer. Of course, we cannot suggest that sausage links cause cancer at the same rate as asbestos exposure, but cause cancer they do.

As IARC epidemiologist Dr. Kurt Straif stated, "For an individual, the risk of developing colorectal (bowel) cancer because of their consumption of processed meat remains small, but this risk increases with the amount of meat consumed."

The IARC estimates that a daily portion of 50 grams of processed meat increases the risk for bowel cancer by 18 percent. Such a portion is equal to about three slices of cooked bacon.

The report goes even further and links red meat to cancer, classifying beef, lamb and pork as “probable” carcinogens placing red meat in the same list as glyphosate. The findings are based on more than 800 studies and is already receiving criticism from the meat industry. Readers might find it interesting to know that the American “bacon craze” that swept the culture – especially via the Internet – was a manufactured marketing play by the industry. It worked, catapulting the processed bacon industry into $4 billion annually, prompting more factory farms.


The IARC, however, is falling back on the extensive study on the lifestyle and environmental risks regarding red meat consumption and connections to cancer. The study reads:

In making this evaluation, the Working Group took into consideration all the relevant data, including the substantial epidemiological data showing a positive association between the consumption of red meat and colorectal cancer and the strong mechanistic evidence.

Consumption of red meat positively associated with pancreatic and with prostrate cancer.

The links between cancer and both processed and red meats have been studied in the past. In 2013, researchers at the University of Zurich found that the consumption of processed meats increase the risk of death from both heart disease and cancer. A British Journal of Cancer study published in 2012 linked processed meats such as bacon and sausage to an increased risk of pancreatic cancer. Some of the most dangerous ingredients in processed meats are preservatives known as nitrites.

For instance, a study conducted by the Cancer Research Center of Hawaii and the University of Southern California suggested links between eating processed meats and cancer, specifically pancreatic cancer. The study concluded that the individuals who ate the most processed meats had a 67 percent higher risk of contracting pancreatic cancer than those at the other end of the spectrum.

Considering the fact that the average American eats around 18 pounds of bacon every year, the connection between processed meats and cancer is very concerning. With the meat industry increasingly becoming one of horrific production methods and increasing chemical preservative based distribution, the latest report stands as one more example of how the western diet is becoming increasingly deadly.

This article (WHO Reports that Processed Meats Are Linked to Cancer) can be republished under a Creative Commons license with attribution to the article link and Natural Blaze.com.

Brandon Turbeville – article archive here – is an author out of Florence, South Carolina. He has a Bachelor’s Degree from Francis Marion University and is the author of six books,Codex Alimentarius — The End of Health Freedom, 7 Real Conspiracies, Five Sense Solutions and Dispatches From a Dissident, volume 1 and volume 2, The Road to Damascus: The Anglo-American Assault on Syria, and The Difference it Makes: 36 Reasons Why Hillary Clinton Should Never Be President. Turbeville has published over 500 articles dealing on a wide variety of subjects including health, economics, government corruption, and civil liberties. Brandon Turbeville’s podcast Truth on The Tracks can be found every Monday night 9 pm EST at UCYTV. He is available for radio and TV interviews. Please contact activistpost (at) gmail.com.
Posted by Admin at 1:30 PM