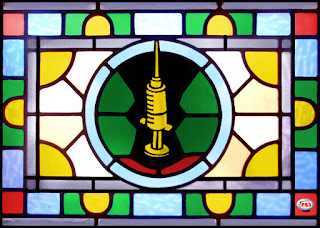 The Vaccine industry, Big Pharma, and the mainstream media have some advice for vaccine zealots attempting to bully parents questioning the safety or effectiveness of vaccines into changing their minds – Don’t argue the facts! Show scary pictures!

In what can only be described as an instruction manual as to how to shame, bully, and shout a person down who simply has a different take on the best and safest way to raise their children, it is clear that the religion of vaccines and “scientism” now has the hallmark of any faith determined to spread itself – the presence of evangelicals.

The new vaccine evangelical movement is being provided with a script sheet of what to say and what to avoid when attempting to convert others to their belief system. Like most religions, the goal among the leaders and the zealots is a world where differing modes of thought no longer exist and where other opinions no longer force them to question the way they view that world.

Articles like “How To Change An Anti-Vaxxer’s Mind” by Jeffrey Kloger of TIME, are a perfect example of the recent propaganda blitz coming from the mainstream media. Kloger’s article is being quickly copied and rewritten in mainstream media outlets all across the country with the real vitriol being found in the more trendy hipster markets.

The recent propaganda push is being based upon a study by researchers at the University of Illinois Urbana-Champaign and published in the Proceedings of the National Academy of Sciences. It’s not certain exactly how much time and effort was put into the study to discover what most undergraduate marketing students and any remotely successful politician, salesman, or sociopath already knows – that scary pictures are more effective at convincing hordes of people of an idea (true or false) than facts, reasoning, or logic.


In other words, the study and the mainstream media have determined that it is best to go after the emotional vulnerabilities of those who are either under-researched, on the fence, or who have been subjected to bullying and social pressure since hipsters and the cool kids realized it was the “in” thing this year to attack “anti-vaxxers.”

Consider the passage by Jeffrey Kloger of TIME who writes,


That’s a very noble goal, but it’s also one of the things that makes it so bloody hard to change their minds on the topic of vaccines. Public service campaigns don’t work; nor do one-on-one explanations of why the rumors about a vaccine-autism link are wrong. In some cases, there is even a backfire effect: the greater the effort expended to persuade the anti-vaxxers, the more convinced they become that they’re right.

So it’s extremely good news that researchers at the University of Illinois Urbana-Champaign may at last have come up with a way to cut through the misinformation and get the truth across: Don’t just tell parents to vaccinate their children, show them what happens if they don’t.

In other words: Don’t argue with them! Just show scary pictures! The hope is to catch someone unaware, in a weakened state, or someone who is unfortunately not as well-versed on the subject.

Of course, if you can’t convince someone by providing facts, logic, and reasoning there is always the chance that the person is irrational. But there is also the very real chance that they are quite lucid and that you, in fact, armed with all your talking points, media-induced outrage, and perceived intellectual superiority, are simply wrong. 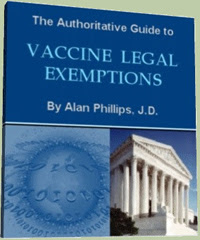 Kloger does make an important point though. Most “anti-vaxxers” are unconvinced when confronted with the typical pro-vaccine argument. But that is not because they are necessarily rigid of belief, it is mostly because the typical pro-vaccine argument tends to be baseless propaganda, rooted in rhetoric instead of science. As for the social aspect, if “anti-vaxxers” didn’t abandon their beliefs when the first few waves of obnoxious Big-Pharma propaganda came blasting through the airwaves, they are generally not impressed when their friends, family, or even complete strangers take it upon themselves to give them a regurgitation of the talking points they heard about vaccines on NPR, CNN, or read in TIME magazine.

After all, social shaming and bullying – if one’s opinions are strong enough – tend to produce the opposite of the desired effect.

This idea of showing scary pictures, however, is not just a rudimentarily effective propaganda method, it can also be quite dangerous, particularly when the scary pictures are being broadcast over every outlet in the mainstream media.

Take the spate of articles posted in the New York Times, for example. Propaganda narratives like “My Patient Doesn’t ‘Do’ Vaccines,” “The Dangers Of Vaccine Denial,” “A Discredited Vaccine Study’s Continuing Impact On Public Health,” are all aimed at painting the science surrounding the numerous demonstrations of vaccine dangers as pseudo-science and parents who question the safety of vaccines as delusional, obsessive, Luddites. They are designed to produce a false consensus within society that vaccines are safe and effective. Basically, they are designed to create a self-fulfilling prophecy – if enough people read the propaganda and believe it, particularly if they think the majority of others believe it, the victim population will come to believe the propaganda.

Now, apparently, the New York Times and its ilk will be sharing scary pictures to go along with their tripe.

Of course, we all know what happened the last time the New York Times posted scary pictures and emotional words. Maybe one day we will finally leave Iraq....

Recently from Brandon Turbeville:
Brandon Turbeville is an author out of Florence, South Carolina. He has a Bachelor's Degree from Francis Marion University and is the author of six books, Codex Alimentarius -- The End of Health Freedom, 7 Real Conspiracies, Five Sense Solutions and Dispatches From a Dissident, volume 1 and volume 2, and The Road to Damascus: The Anglo-American Assault on Syria. Turbeville has published over 500 articles dealing on a wide variety of subjects including health, economics, government corruption, and civil liberties. Brandon Turbeville's podcast Truth on The Tracks can be found every Monday night 9 pm EST at UCYTV.  He is available for radio and TV interviews. Please contact activistpost (at) gmail.com.
Posted by Admin at 5:23 PM