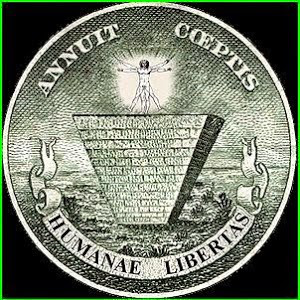 In the year 2015, America and the rest of the world finds itself at a crossroads. The time is fast approaching when the world’s population will receive the final choice between a move toward true freedom or the clampdown of total oppression. Throughout recorded history, tyrannies have arisen and morphed into other forms with the end result being the creation and maintenance of a permanent worldwide oligarchy that is attempting to ensure the end of all independent thought and action.

This oligarchy has maintained its control by a number of different methods, the concept of “divide and conquer” being one of the most important in its arsenal. Throughout history, the divisions of race, religion, national borders, and class have all been cleverly used to keep the many from rightly viewing the few as the enemy.

In the past, there have been times where the façade has shown cracks and there have been individuals who have shown their perception of the obstacle of division and subsequently made strides to overcome it. Those individuals did their best but were promptly silenced or murdered for their efforts. The murders of JFK, RFK, MLK, and others are all testaments to this idea. Particularly with Martin Luther King Jr., the danger to the oligarchy was not so much his fight for civil rights for black Americans, his opposition to the Vietnam war, and his concerns for labor that posed a threat to the oligarchy individually, it was his ability to unify those varied interests – blacks and black civil rights activists, white war protesters, and blue collar workers – that represented the greatest threat.


In 2015, however, after experiencing decades of declining political interest and knowledge on the part of the general public and a few short years of increasing political awareness thanks to the alternative media, the tide has seemingly turned yet again in the downward direction.

In 2015, the presence of “traditional” activists has dramatically declined due to the general lack of interest in political affairs amongst the general public. Even among the alternative media and “awake” activists, the focus has become one of money and self-promotion rather than a cause. The rally cry is “come to MY website!” “listen to MY radio show!” instead of a cry to bring more individuals into the movement as a whole. The focus is now on stealing listeners and readers from other radio shows and websites as opposed to stealing empty heads away from the oligarchy.

Political divisions have taken America down to the lowest depths of division seen in decades. Religious tensions are reaching a new height. Racial tension is increasing as is tension between genders and those of other sexual orientations. With racial movements like “#Black Lives Matter being promoted by the Soros-funded left, radical Christian “conservative” “draw Muhammed” contests and anti-Muslim protests being promoted from notorious Neo-Con networks, and a number of other agitational movements, America is as divided as it has ever been.

Even among the alternative media and the activist community, political pedigrees have become major obstacles with Libertarians fighting with socialists, conservatives fighting with liberals, anarchists fighting with everyone including themselves, and so on. Groups have allowed egos and minor differences to stand between them and their ultimate goals.

Unfortunately, it is a disconnect that we cannot afford.

An example can be seen in recent open carry protests that have taken place all across the country. These protests have caused a stir due to the enormous brainwashing the American people have been subjected to regarding guns, especially when those guns are carried visibly and publicly. The overwhelming majority of these protesters were of the conservative variety. The overwhelming majority were also white.

Later, the Huey P. Newton Gun Club announced a similar protest, inviting all interested parties – black and white – to attend. The end result was two protests – one black and one white. Yet there was only ever one issue! An issue that both parties agreed upon! Unfortunately, blacks did not show up for the white protests and whites did not show up to the black protest. Both absences were tragic squanderings of an opportunity for members of two different “communities” to reach out and express solidarity with one another, even if the only accomplishment was to express support for the Second Amendment and nothing more.

Of course, the Second Amendment is not the only issue where the racial divide has played a part. It certainly was not the first. But it MUST be the last.

Recently, in California, a gathering of protesters assembled to express their discontent with SB 277, a California bill that would have eliminated most of the vaccine exemptions for children in California. The protesters in the crowd, while mostly white (from the videos of the event), were joined by members of the black community, specifically members of the Nation of Islam.

Many of the individuals of the protest movement were no doubt of various backgrounds, some conservative, some liberal, some independent. There is also little doubt that these individuals would have loved to have greater participation in their rally and more individuals fighting for their cause as well as to have involved and worked with members of the black community.

That being said, the black community has largely distrusted vaccinations for decades as they were so often the guinea pigs of experimentation and extermination campaigns in the past. So many informed members of this community undoubtedly wish for their voice to be heard.

So why is this so hard to accomplish? The media-provoked racial divide – growing more and more tense with each Soros-funded #BlackLivesMatter campaign and Koch funded FOX racial stirring report or radical defense of brutal police – has been extremely successful in convincing members of both communities that the “other” is not to be trusted.

Well, here is a newsflash. Both races have distrusted one another for decades, and for decades American activists have been fighting for the same thing. Have they achieved it? No. They have been steadily losing ground with each passing year. After the death of Martin Luther King, Americans as a whole have been moving backwards not forwards in nearly every single category.

The lesson is simple: Separate isn’t working. It’s time to try something else.

Finally, it appears that some activists have finally figured this out. When the Nation of Islam joined the anti-NB277 rally, it was not only expression of both communities’ willingness to work together and engage in enlightened mutual self interest, it was a message to all other activists that this is the way forward. It was also a message to the oligarchy that blacks and whites – at least the more astute ones – are tired of being played against one another.

As Heather Callaghan described the event,


Big Pharma used every psy-weapon available to demonize opponents of forced vaccination bills like SB277 which would remove virtually all vaccine exemptions from California children. This psy-op is evidenced by the four top signs of astroturfing and media manipulation. They not only used typical witch hunt lingo and painted quite the narrative to demonize opponents of vaccination, forming a "debate" where there was none - debates usually include two willing parties and are not driven by one forceful entity - but also twisted it up by politicizing it into a left-right Punch and Judy show which created more confusing division.

Basically, the media tried to shame liberals and blame the middle-class educated crowd for causing disease outbreaks, even though California's children are over 97% vaccinated. They magically drove the choice over one's body into a Right issue and painted it as uneducated, stodgy and outdated. Then they pulled out the conservatives' only known black idols - Drs. Ben Carson and Thomas Sowell (educated by the Pharma/Rockefeller-funded Hoover Institute) who both suddenly came out in glowing support of vaccines.

But others that are beloved in the black community had something to say about vaccines...

Louis Farrakhan and Tony Muhammad simply say No! They don't pull punches by asking for a choice. They've drawn a line in the sand, especially since whistleblowers came out with information of covered up data showing that the MMR vaccine can create higher rates of autism among young black males. Farrakhan recently spoke with Robert F. Kennedy Jr. about vaccines and asked "Am I the only one?..." Meaning the only black man to speak out about forced vaccination as it applies to SB277.

But Tony's epic under-the-radar speech shows more than just the long-awaited ire of the black community who don't wish for another "Tuskegee experiment" - it shows that blacks and whites are not taking the division-bait. They are not being divided and conquered.

If there is to be any hope for this country and the rest of the world, it will lie in the ability for individuals who are part of the masses to put away differences and work together. This idea is not a “We Are The World” pie-in-the-sky “let’s all hold hands and love each other” ideal. It is the concept of Enlightened Self-Interest and Enlightened MUTUAL Self-Interest.

Peace and harmony is the ideal. Friendship, understanding, and compassion between races is also a noble goal. But, in the absence of the ideal, we must be willing to accept a mutual understanding that our own self-interest is inextricably linked. No one is demanding that you like one another. But we must begin to recognize common interests, setting aside differences at least temporarily, before we lose everything.

King understood this concept and he did what he could to implement it. It was such a threat that it got him killed. So with that in mind, we can see clearly what the system sees as a threat and what we must do bring it down or, at least, land a few blows in return.

Recently from Brandon Turbeville:
Brandon Turbeville is an author out of Florence, South Carolina. He has a Bachelor's Degree from Francis Marion University and is the author of six books, Codex Alimentarius -- The End of Health Freedom, 7 Real Conspiracies, Five Sense Solutions and Dispatches From a Dissident, volume 1 and volume 2, and The Road to Damascus: The Anglo-American Assault on Syria. Turbeville has published over 500 articles dealing on a wide variety of subjects including health, economics, government corruption, and civil liberties. Brandon Turbeville's podcast Truth on The Tracks can be found every Monday night 9 pm EST at UCYTV.  He is available for radio and TV interviews. Please contact activistpost (at) gmail.com.
Posted by Admin at 1:42 PM