The Beheading That Never Was? - The Kassig Killing And Western War Propaganda 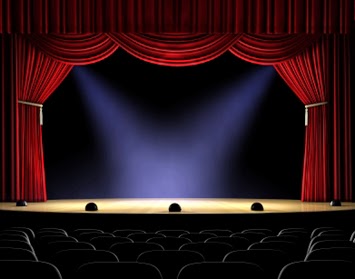 
Currently trending alongside Kim Kardashian’s photo shoot, a Missouri declaration of a State of Emergency, and Charles Manson’s marriage, is the news of the recent alleged beheading of an American citizen by Western-backed ISIS terrorists in Syria.

The latest beheading video to allegedly emerge from ISIS reportedly shows the beheading of Peter Kassig, an “American aid worker” who was captured by the Western-backed fundamentalists in October of last year. Kassig was an Iraq veteran and former U.S. Army Ranger who later became an “aid worker” in Lebanon and Syria, according to USA Today.

Kassig’s family states that, while overseas, Kassig converted to Islam and changed his name to Abdul Rahman.

The video, which was released Sunday, is over 15 minutes long and contains a rather long propaganda buildup before showing the beheading of 12-18 Syrian soldiers.

The beheading of the Syrian soldiers, it should be noted, has received virtually no reporting except for an occasional line or two describing the lead up to Kassig’s beheading.

Kassig’s beheading is not actually shown, however. Toward the end of the video, “Jihadi John,” the ISIS member who has acted as the star of the series of beheading videos is pictured standing next to a severed human head which he claims belonged to Kassig.


If Kassig was indeed beheaded then his murder is without a doubt a tragedy and an act of savage brutality. But there is one thing lacking in the narrative provided by Western governments and their media mouthpieces regarding the beheading – evidence.

Unlike the staged Foley beheading which attempted to depict, albeit poorly, the first few moments of a decapitation, the Kassig beheading video is not a beheading video at all, but simply footage of a man standing next to a severed head that he claims belonged to Peter Kassig.

With the exception of Jihadi John’s word, we are left with nothing with which to confirm that the severed head was actually Kassig’s. Considering the track record of Western governments and the recent trail of beheading videos, however, we would be well within reason to question the veracity of the claims.

At this point, it is impossible for us to know whether or not the head shown in the video truly belonged to Kassig or even if Kassig was actually beheaded. Likewise, we cannot know for sure whether or not the victims preceding Kassig were truly beheaded, although we can say for sure that the depiction of the beheading shown on film was entirely staged.

What we do know, however, is that Kassig and his predecessors are being used for open propaganda purposes. In fact, all of the beheadings that have transpired beginning with the Foley video have been so conveniently timed to the needs and desires of the NATO agenda so as to preclude any reasonable suggestion that the videos themselves were anything other than propaganda.

Remember, when the United States was “debating” the idea of becoming more directly involved in Syria and Iraq, particularly in the form of bombing civilian and government infrastructure and openly funding the death squads they claim to be fighting, a video allegedly showing the beheading of James Foley was released resulting in widespread anger and indignation amongst a general public who were temporarily yanked away from reality TV long enough to view it.

Likewise, when the British seemed hesitant to directly join the imperialist bombing coalition, a video was released allegedly showing the beheading of a British citizen, Alan Henning, also causing widespread indignation amongst the public and shoring up support for British military involvement in Iraq and Syria.

When the French seemed hesitant to join the bombing, ISIS releases a third video of an alleged beheading of a Frenchman, which provided justification for French involvement.

Such convenient timing was also present when NATO was considering “targeted airstrikes” in Syria but were concerned about Assad’s sophisticated air defense systems. Shortly thereafter, ISIS managed to capture Taqba air base in Raqqa, Syria, eliminating the air defense systems in the entirety of the eastern part of the country.

This timing was present yet again when NATO once again began calling for a “No-Fly Zone,” “Buffer Zone,” or “Safe Zone.” Interestingly enough, during the debate over the possibility of the establishment of a “no-fly zone,” even members of Congress were beginning to question why a “no-fly zone” would be necessary in order to combat ISIS since ISIS had no air force. Conveniently, ISIS immediately seized a number of planes left over in the Syrian air fields and allegedly began flying them off the runway.

Either ISIS has the absolute dumbest public relations personnel in world history, or the actions of ISIS are directly controlled by NATO for propaganda, geopolitical, and military purposes. The timing of ISIS’ actions – always in line with the goals of the NATO faction of the world oligarchy – is clearly the result of the latter.

In addition, it is also important to point out that Kassig’s “humanitarian aid work” involves his founding of Special Emergency Response and Resistance, an NGO that is allegedly focused on “delivering aid” to areas that “larger organizations could not operate in.” Remember that NGOs havenot only been responsible for a significant portion of the organization of death squads but also for the provision of medical help and other logistical assistance need to organize and facilitate the destabilization campaign.

It is also important to point out that Kassig himself has expressed sentiment that some would consider sympathetic to death squad fighters in Syria. In an interview with Syria Deeply, Kassig stated

Sometimes rebels want to know if I will help train people or if I will join the fight. I always tell them no. It is of course not that I do not feel terrible for the civilians that are suffering in Syria, but… for an American young man in my position that would be foolish, and regarded as such by pretty much everyone, including the opposition.

I can either be in a position to deliver tens of thousands of dollars of antibiotics for women and children, or I can be another young man with a gun.

Noting that he feels “terrible for the civilians that are suffering in Syria” and that his choices are essentially providing medicine or picking up a gun and joining the rebels, Kassig’s political leanings are relatively clear in that they express obvious sympathy for the death squads painted as “rebels” by the Western media.

Thus, one must ask the question of whether or not Kassig was yet another agent of Western destabilization working under the guise of an NGO and “aid organization.” From what little information is available, it appears that this possibility has fairly high odds of being true.

In the end, this video, which has been used to browbeat the American people and drum up support for yet another foreign military adventure, is set to be used to justify Western military invasion against Syria in the near future. Real or otherwise, it is hoped that the American people do not allow primitive propaganda to fool them into rushing to war on yet another occasion.

Truth on the Tracks with Brandon Turbeville and guest, Mimi al Laham (aka Syrian Girl)
ISIS Agrees To Work With Itself - US Calls For Panic, Attack On Assad
Gun Confiscation Begins in NY Via Dead Family Members

Brandon Turbeville is an author out of Florence, South Carolina. He has a Bachelor's Degree from Francis Marion University and is the author of six books, Codex Alimentarius -- The End of Health Freedom, 7 Real Conspiracies, Five Sense Solutions and Dispatches From a Dissident, volume 1and volume 2, and The Road to Damascus: The Anglo-American Assault on Syria. Turbeville has published over 300 articles dealing on a wide variety of subjects including health, economics, government corruption, and civil liberties. Brandon Turbeville's podcast Truth on The Tracks can be found every Monday night 9 pm EST at UCYTV. He is available for radio and TV interviews. Please contact activistpost (at) gmail.com.
Posted by Admin at 6:00 AM