ISIS In Iraq and The Path To Iran 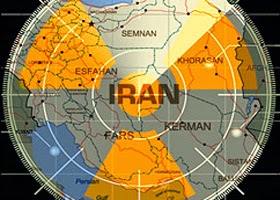 Recently, I wrote an article entitled, “The Clandestine Reasons For ISIS Taking Over Iraq,” where I suggested there were at least two possible reasons out of several for NATO powers to direct ISIS fighters in their rampage across Iraq and subsequent seizure of large swaths of territory in that country.

One of the reasons for directing ISIS’ assault against Iraq is the ability to arm the organization with heavy military equipment to then be funneled across the border into Syria for use in that country. Such equipment as tanks, Humvees, and even helicopters could thus be written off as a mistake and not the backdoor weapons transfer that it was.

Second, and more likely, is the possibility that the United States has allowed ISIS to conquer Iraqi territory so as to justify the eventual invasion of Syria in addition to the reinvasion of Iraq. Indeed, any deployment of American troops, airstrikes, or any other type of US military force, will necessitate a battle against ISIS inside Iraq as well as “cross-border” strikes against the organization in Syria. Such “cross-border” strikes would likely be met with apathetic support from the American people since any restraint regarding borders will be presented and then viewed as placing “handcuffs on the troops.”

Any military action taken across the border inside Syria will not be taken for the purposes of eliminating ISIS. The truth is that such military action will be nothing more than a backdoor attempt at establishing the “buffer zone” that NATO so ardently desired early on in the Syrian conflict. With the establishment of this “buffer zone,” a new staging ground will be opened that allows terrorists such as ISIS and others the ability to conduct attacks even deeper inside Syria.

There exists, however, a third reason for the further destabilization of Iraq, the deployment of ISIS, and the pressure on Iraqi President Nouri al-Maliki to resign – the weakening of Iran and its influence in the region.

To begin with, the deployment of ISIS by NATO and GCC intelligence/government agencies across Iraq places radical Sunni Muslim fanatics even closer to the borders of the Shiite nation of Iran, a country that is clearly the target of the West and slated for the guillotine immediately after Syria and Lebanon. This deployment of death squads thus clearly makes the Iranian government quite nervous at the prospect of facing the type of destabilization that Syria continues to face today.

In addition, it is important to note that the current Iraqi Prime Minister has largely been friendly to the Iranian government in contrast to the previous Iraqi administration and the current puppet opposition, Ayad Allawi. The fact that Maliki has consistently moved to improve relations between Iraq and Iran clearly makes Washington’s job more difficult as it seeks to destroy both the governments of Syria (and Iranian ally) and Iran.

Indeed, the friendly relations between Iraq and Iran hamper the efforts to destroy the Syrian government since Iraq has been allowing Iranian aid flights to Syria over Iraqi airspace, an issue that was a serious point of contention between Maliki and Skull and Bones John Kerry since 2013. Trucked shipments also take place from Iran to Syria via Iraqi territory but aid flights take place on an almost daily basis.

If Maliki steps down as Prime Minister and a “coalition government” made up of radicalized Sunnis and pro death squad or pro American players is formed, then the shipments from Iran to Syria will almost certainly be halted.

The installation of a weak or Shia-hostile government in Iraq is also a future that Iran would like to avoid. Indeed, this is just one of the many reasons that Iran is so eager to commit its own troops to Iraq in order to prevent the spread of ISIS.

While the events transpiring across the Middle East has baffled the American public for many years, the truth is that the ethnic, religious, tribal trigger points, and nuances are well understood by the world oligarchy.

Unfortunately, this knowledge is being put to use in the worst way.

While the American people throw their hands up in frustration, NATO and the GCC move forward with a cleverly crafted plan that was carefully scripted a long time ago.[1]

[1] Turbeville, Brandon. The Road To Damascus: The Anglo-American Assault On Syria. Wilshire Press. 2013.

Brandon Turbeville is an author out of Florence, South Carolina. He has a Bachelor's Degree from Francis Marion University and is the author of six books, Codex Alimentarius -- The End of Health Freedom, 7 Real Conspiracies, Five Sense Solutions and Dispatches From a Dissident, volume 1and volume 2, and The Road to Damascus: The Anglo-American Assault on Syria. Turbeville has published over 300 articles dealing on a wide variety of subjects including health, economics, government corruption, and civil liberties. Brandon Turbeville's podcast Truth on The Tracks can be found every Monday night 9 pm EST at UCYTV. He is available for radio and TV interviews. Please contact activistpost (at) gmail.com.
Posted by Admin at 5:18 PM