The Asian Pivot and the Revolving Empire 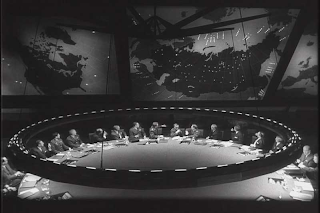 With the obvious decline of the United States and the simultaneous rise of China as both an economic and military world power, the increasingly provocative nature of the relations between these two nations draws up a roadmap for a potentially dangerous future conflict that is global in scope.

The “Asian Pivot” of the Obama administration has served only to open up one more front on the geopolitical battleground for world hegemony, a stage that already has more than enough potentially explosive players to involve the entire world in the most destructive confrontation ever witnessed in recorded world history.

Indeed, the situation in Asia remains volatile, particularly when coupled with the growth of China and its economic expansion across the world and the antipathy held toward China by Japan who is increasingly attempting to break free from American domination while, at the same time, using every available resource to block the Chinese expansion to what it views as its own historical land claims.

Yet, short of documenting the history of the Japanese-Chinese – American friction and geopolitical tug of war, it may be helpful to consult the words of documented insider, Zbigniew Brzezinski, in his book The Grand Chessboard: American Primacy And Its Geostrategic Imperatives.[1]

It should be remembered that it was in this very book that Brzezinski uttered the famous statement that “America is too democratic at home to be autocratic abroad. This limits the use of America’s power, especially its capacity for military intimidation. Never before has a populist democracy attained international supremacy. But the pursuit of power is not a goal that commands popular passion, except in conditions of a sudden threat or challenge to the public’s sense of domestic well-being.”[2]

However, the Grand Chessboard discusses so much more than the lack of desire to wage war by the general public absent a perceived threat. The book discusses in detail the various major players in the geopolitical game and the methods they may use to achieve their goals of hegemony.

With this is mind, Brzezinksi discusses at length the role that China and Japan – centered around the geopolitical goals of the United States – play in world affairs and the potential for conflict between the three nations.

A geostrategic issue of crucial importance is posed by China’s emergence as a major power. The most appealing outcome would be to co-opt a democratizing and free-marketing China into a larger Aisan regional framework of cooperation. But suppose China does not democratize but continues to grow in economic and military power? A ‘Greater China’ may be emerging, whatever the desires and calculations of its neighbors, and any effort to prevent that from happening could entail an intensifying conflict with China. Such a conflict could strain American-Japanese relations – for it is far from certain that Japan would want to follow America’s lead in containing China – and could therefore have potentially revolutionary consequences for Tokyo’s definition of Japan’s regional role, perhaps even resulting in the termination of the American presence in the Far East.[3]

Thus, Brzezinski points out the three-way relationship lined with tension that is presented by the future direction of Chinese influence. The Americans, on one level of geopolitical strategy, seek to contain the growing Chinese influence and to maintain dominance over Japan. Obviously, China does not want to be contained and wishes to expand that influence even further, thus provoking tension between the two powers.

Japan, while seeking to expand its own influence yet not desiring to render itself a sitting duck for an angry Chinese assault (military or economic) attempts to do so by using the Americans as a bulwark against any such Chinese aggression. However, Japan also wishes to see itself as more independent from the Americans in the process, thus provoking tension between the U.S. and Japan at a much more subtle level compared to that existence between the U.S. and China, but still a festering pustule of disagreement waiting to explode in the future.

Obviously aware of these types of consequences even as far back as 1997, Brzezinski continues by presenting another option. He writes,

However, accommodation with China will also exact its own price. To accept China as a regional power is not a matter of simply endorsing a mere slogan. There will have to be substance to any such regional preeminence. To put it very directly, how large a Chinese sphere of influence, and where, should American be prepared to accept as part of a policy of successfully co-opting China into world affairs? What areas now outside of China’s political radius might have to be conceded to the realm of the reemerging Celestial Empire?[4]

What is more concerning for Brzezinksi, however, is the potential alliance of China, Russia, and Iran – essentially, any alliance organization that could threaten Anglo-European imperialism and world hegemony. In this regard, Brzezinski writes,

Potentially, the most dangerous scenario would be a grand coalition of China, Russia, and perhaps Iran, an ‘anithegemonic’ coalition united not by ideology but by complementary grievances. It would be reminiscent in scale and scope of the challenge once posed by the Sino-Soviet bloc, though this time China would likely be the leader and Russia the follower. Averting this contingency, however remote it may be, will require a display of U.S. geostrategic skill on the western, eastern, and southern perimeters of Eurasia simultaneously.[5]

This alliance, of course, has largely taken place both out of mutual benefit and of necessity. FromRussian/Iranian interests in Syria to Chinese economic interests in the region, the Russia-China-Iran axis has become and is becoming an increasingly powerful reality. Most of all, however, this alliance has developed as a defensive mechanism due to the aggression of the Anglo-Europeans against the interests of the three target nations.

Indeed, it is important to remember that Sino-Russian relations have enjoyed friendliness at an “unprecedented high level” in recent years. As Feng Yujun of the Peoples Daily wrote in 2011,

Thus, Brzezinski’s “most dangerous scenario” has already begun to manifest itself openly on the world stage.

Yet, although Brzezinski’s book seems, at first glance, to argue for American primacy and global hegemony more by the implementation of wise political strategy than blunt force, the fact is that much of what Brzezinski argues for cannot conceivably come as the result of non-violent means. The entirety of the argument ultimately leads to a confrontation between the United States and at least two other major world powers – China and Russia.

It would be foolish, of course, to suggest that Brzezinski is unaware of this fact. Indeed, it appears that a confrontation with these world powers, particularly Russia, is exactly what Brzezinski wants.

Webster Griffin Tarpley correctly understood this concept when he addressed Brzezinski’s connections to the Obama campaign in 2007-2008 and those that his “faction” of the ruling elite hold over the Obama administration today. In his book Obama: The Postmodern Coup, Tarpley wrote,

The entire crew [the Brzezinski family apparatus] is made up of petty Polish aristocrats notable mainly for their fanatical, consuming hatred of Russia and Russians. The family project is to hitch the remaining military power of the United States to their monomania of hatred. If they are allowed to succeed, the bloody excesses of the neocons in the Middle East will seem like schoolyard games by comparison, since the Brzezinski gang wants to court all-out confrontation with a first-class thermonuclear power that is moving well ahead of the US in certain crucial types of strategic weaponry. The now-infamous neo-cons have been careful to pick on powers with little or no strategic retaliatory potential. Brzezinksi lacks this faculty of discrimination. This is the reality behind the messianic edification and utopian platitudes dished up by Obama. Under an Obama administration, Americans will risk getting a reminder of what real war looks like, and they may discover that it is a two-way street.[6]

Indeed, Americans may soon discover that the Path to Persia ultimately leads to a more dangerous destination than Tehran.

Brandon Turbeville is an author out of Florence, South Carolina. He has a Bachelor's Degree from Francis Marion University and is the author of six books, Codex Alimentarius -- The End of Health Freedom, 7 Real Conspiracies, Five Sense Solutions and Dispatches From a Dissident, volume 1and volume 2, and The Road to Damascus: The Anglo-American Assault on Syria. Turbeville has published over 300 articles dealing on a wide variety of subjects including health, economics, government corruption, and civil liberties. Brandon Turbeville's podcast Truth on The Tracks can be found every Monday night 9 pm EST at UCYTV. He is available for radio and TV interviews. Please contact activistpost (at) gmail.com.
Posted by Admin at 5:55 PM