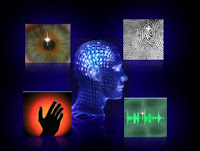 At the beginning of 2012, I wrote an article entitled “Cashless Society: India Implements First Biometric ID Program for all of its 1.2 Billion Residents,” where I detailed the Indian UID program being implemented for purposes of “cutting down on corruption” in the distribution of social welfare benefits.

At the time, I wrote in the introduction to the article, “However, current events in India should serve not just as a warning, but also as a foreshadowing of the events to come in the Western world, specifically the United States.” But, while this statement was clearly not an outlandish claim, the fact is that the Indian UID is very similar to programs which are in operation all over the country and that have been operating since at least late 1998.

In some areas like Los Angeles, New York, Connecticut, Illinois, Massachusetts, Texas, Arizona, New Jersey, and California, the slow emergence of the UID-style program for food stamp recipients is clearly evident. Many other areas of the country are considering the implementation of the program as well such as Florida, Maryland, Michigan, South Carolina, Mississippi, and Pennsylvania.

Like the Indian UID program, the roll-out of the American system will require the fingerprinting of individuals receiving food stamps under the guise of reducing fraud. Yet, like the early status of the Japanese version of the UID, the Juki-Net, the emerging American system is currently being implemented on a state-wide or local basis (county or city), with no administration by the US Federal government.

However, that is not to say that the Feds have no interest in the program. Indeed, as reported on the USDA’s own website, in May-June 1998, the USDA actually conducted interviews with representatives of human service agencies in most of these states to determine their feasibility in terms of reducing food stamp fraud.

Or, at least, that was the stated purpose of the interviews. The real reason for conducting the brief studies on the feasibility of the program, however, might actually have been to determine whether or not the general public is ready for the roll-out of the American UID on a nationwide basis in the near future.

Regardless, the results of the interviews are quite interesting in their own right, even as they are presented by the USDA. In fact, the USDA is rather open about the lack of success of the programs in terms of fraud reduction.

In the report, which is entitled, “Use of Biometric Identification Technology to Reduce Fraud in the Food Stamp Program: Final Report,” it is stated that “Finger imaging has been readily integrated into the human services programs of the affected states. However, despite the positive reaction to finger imaging from the State officials we interviewed, there is still uncertainty regarding the extent to which this technology can reduce multiple participation fraud.”

In the section entitled, “Finger Imaging and Fraud Reduction,” the report reads “Assessing the ability of finger imaging to reduce fraud is difficult because the amount of fraud caused by duplicate participation in welfare programs is unknown, and because changes in caseload after the introduction of finger imaging cannot be interpreted unambiguously as reduction of fraud.”

In fact, the report estimates that the finger imaging technologies, at best, detected only 1 case of duplicate applications in every 5,000.

With these statements in mind, one would be justified in wondering whether or not the question of multiple participation in food stamp programs is even that serious of a question to begin with. Obviously, the premise of the fingerprinting program is built on the assumption that such fraud is occurring. However, neither the local, state, or federal government can provide any actual numbers or credible evidence of such events at least so far as this report is concerned.

Yet, what is more striking than the effects on alleged and supposed cases of fraud is the information relating to the reaction of the general public who were fingerprinted as well as that of the staff doing the fingerprinting.

At this point, it should be noted that the state of Illinois has tested retina scanning technology while Massachusetts utilized facial recognition.

Nevertheless, the report is clear that opposition to the program from both food stamp recipients and those operating the finger printing technology was virtually non-existent. In all cases, the programs actually went better than expected and without the negative responses that the agencies had anticipated. The report states,


The States with operating systems reported that implementation of new biometric client identification procedures had a negligible impact on operations at the local office level. In general, States also reported that the problems and obstacles encountered in operating their respective projects are not unlike those encountered in demonstrating any new technology or procedural modification. These States also reported that their systems and procedures were implemented without unexpected difficulty and were rapidly institutionalized. All the States confronted a range of basic physical space and logistical issues, including where to situate the new equipment, how to appropriately alter job descriptions, who to reassign or hire to handle the new procedures, and how to adjust the flow of clients and paperwork most efficiently. However, none reported any particularly noteworthy difficulties. States reported that clients have been cooperative and accepting of the technology. [Emphasis added.]

Of course, one must always take statements made by government agencies pushing an agenda such as biometric identification with a grain of salt, as many of these agencies are notorious for claiming public support for a project merely as a public relations strategy. This means that many agencies, like the TSA for instance, will claim the vast majority of the public is satisfied with the new procedures, thus insisting that those who oppose it are in a distinct and radical minority, which then creates a self-fulfilling prophecy.

However, considering the levels to which American culture has sunk in recent years, particularly in the areas of privacy and civil liberties, the fact that fingerprinting for the purpose of receiving food stamps does not excite opposition and rage on the part of the recipients is not surprising either.

Indeed, the report posted to the USDA website does not appear to be acting as a propaganda piece. Rather, it's matter-of-fact statement of results from an interview process engaged in between the federal government and the test bed states that have enacted a soon-to-go-national program of fingerprinting for food stamps.

Regardless, the report does admit that some concerns do exist amongst the general public regarding the fingerprinting program. It states


Clients do have some concerns about finger imaging. Roughly 15% expressed concerns in the State surveys and interviews conducted to evaluate finger-imaging programs. These concerns center on issues of privacy, unjust treatment of poor people, inconvenience, and fear of inter-agency sharing.

Although admitting that there is “little data on which to estimate the size deterrence effect,” the report insists that there is also “little evidence that clients discontinued benefits because they were intimidated by the finger-image requirement.”


Based on the results from client surveys in five States, a substantial majority of clients had no objection to finger imaging and thought it was a good idea.

Interestingly enough, since the USDA report was written and published in December 1999, there has been a move to dismantle some of the fingerprinting programs in place all across the country. In fact, as of 2012, Arizona and New York City are the only locations in the country who mandate that food stamp recipients fingerprint as a part of the application process. Soon, if Gov. Cuomo’s new proposals for the program are able to move forward, Arizona may find itself alone in this regard.

However, one would be wise to consider the implementation of these programs in their select locations as nothing more than test projects. Keep in mind, some of the locales not only used fingerprinting technologies but also retinal scans and facial recognition, a technology that has received a massive push forward in recent months via corporations, law enforcement, and the corporate media.

With the constant harping by reactionary politicians and “right wing” commentators about social safety net benefits such as food stamps being abused, the push to more accurately identify the recipients and assure that the allegedly rampant fraud is ended is not likely to wane any time soon.

Thus, coupled with the official results of fingerprinting programs such as those mentioned above are negligible at best, it is not out of the realm of possibility to see calls for both a tightening and enhancement of fraud-reducing mechanisms to soon be announced.

Like in India and Japan, these calls might very well result in the combination of various types of technology and methods of accumulating data. With the record of fingerprinting still out for adequate assessment, the inclusion of facial recognition and retinal scans might then be introduced to work in tandem with social security numbers and other relevant government-data to provide American citizens seeking assistance with their very own Unique Identification Number and identification profile.

Although some areas are backing off on their fingerprinting schemes, we cannot be lulled into complacency or into the belief that biometric identification techniques on the national scale are beginning to fade. In fact, the opposite is actually the case. While some states and cities are apparently dismantling their fingerprinting systems for access to food stamps, the fact is that the biometric identification aspect will undoubtedly reappear.

Unfortunately, when it does, it will almost assuredly be unveiled in a much more advanced and all-encompassing form. By then, the concept of biometric identification will have had plenty of time to gradually become more accepted in the minds of the general public. Thus, it is paramount that those of us who are aware of the potential for this program to return to take advantage of the small window of opportunity we have been presented with in order to mount some manner of opposition.

Brandon Turbeville is an author out of Florence, South Carolina. He has a Bachelor's Degree from Francis Marion University and is the author of three books, Codex Alimentarius -- The End of Health Freedom, 7 Real Conspiracies, and Five Sense Solutions and Dispatches From a Dissident. Turbeville has published over 175 articles dealing on a wide variety of subjects including health, economics, government corruption, and civil liberties. Brandon Turbeville's podcast Truth on The Tracks can be found every Monday night 9 pm EST at UCYTV.  He is available for radio and TV interviews. Please contact activistpost (at) gmail.com.
Posted by Admin at 11:58 AM