On September 20, the Department of Health and Human Services (HHS) announced that it had awarded millions of dollars worth of grants to the Biomedical Advanced Research and Developmental Authority (BARDA) for the purpose of supporting the “advanced development of a novel next-generation anthrax vaccine and a new type of anthrax antitoxin.”


Although the announcement has received very little attention in the media, it is nonetheless concerning to those of us who are not apt to trust that every move made by our government is for our benefit.


The agency receiving the grants, BARDA, is located within the Office of the Assistant Secretary for Preparedness and Response, which itself is a division of HHS. BARDA manages Project BioShield, which “includes the procurement and advanced development of medical countermeasures for chemical, biological, radiological, and nuclear agents, as well as the advanced development and procurement of medical countermeasures for pandemic influenza and other emerging infectious diseases that fall outside the auspices of Project BioShield.” BARDA also oversees the Public Health Emergency Medical Countermeasures Enterprise (PHEMCE).


As one can see, the research grants given to BARDA through HHS are emergency-minded in nature; the idea behind these particular contracts being the development of an anthrax vaccine or treatment in the event of an anthrax attack on the United States. The money provided to BARDA will be funneled from the agency to two vaccine companies who will actually be the ones to conduct the studies and manufacturing processes for the up and coming vaccines.


Vaxin Inc. out of Rockville, MD will receive $14.7 million over two years, with the possibility of an extension of up to four years, which would end up totaling $21.7 million if the extension is granted. Vaxin Inc. will be charged with the development and manufacture of a more expeditious anthrax vaccine. Elusys Therapeutics Inc. of Pine Brook, New Jersey, which will be tasked with developing an anthrax antitoxin, will receive $26.5 million for two years, or possibly $68.9 million for five years, upon the extension of the job.

Specifically, Vaxin will be in charge of determining whether or not the vaccine AdVAV can protect against anthrax with fewer doses than the vaccine that is currently licensed, which requires that the recipient take five doses within 18 months and annual boosters for continued protection. Elusys will evaluate the effectiveness of the drug Anthim in terms of its administration before or shortly after one’s exposure to anthrax.

Of course, anyone who has done cursory research into the safety and effectiveness of vaccines will be aware that vaccinations are neither safe nor effective. Vaccines have never been proven safe or effective by any real study that wasn’t connected to a vaccine maker or pharmaceutical company. In fact, vaccines have a history of causing severe health issues, particularly the one used to “immunize” against anthrax, and there are at least 100 compiled studies showing that.

For instance, in 2005, over 1,200 military personnel who were vaccinated against anthrax before going to Iraq developed serious illnesses, and there were thousands of queries about potential side effects. Just the initial symptoms of side effects to the vaccine were diarrhea, cramping, fever, sleep and memory loss, chronic fatigue, headaches, and chest pains, not to mention the long term effects that went undetected.

True to form, both the military and the medical establishment continued to hype the shots and encourage soldiers to take them. Citing, the false-flag anthrax attacks of 2001, the anthrax vaccine was promoted as being needed “now more than ever.” For example, in typical fear-mongering fashion, Maj. Brian Blalock, public health flight commander at Nellis Air Force Base in 2005, stated that “We’re living in a completely different era. There are terrorists who are intent on using biological agents and there are countries that certainly have the capability.”

In 2006, the Pentagon announced that it would make the anthrax vaccine mandatory for all soldiers serving in Iraq, Afghanistan, and South Korea after the FDA found the vaccines to be safe and effective. Obviously, one might be justified in asking if there has ever been a vaccine that the FDA has not found found to be safe and effective but that is another topic altogether.


Yet it should be noted that the anthrax attacks of 2001 cited by the Pentagon and its spokespeople were not the act of Muslim or domestic extremists as the American public has been hammered into believing by the corporate media and government propagandists. Microbiologist, Dr. Bruce Ivins, the unfortunate patsy blamed for the attacks and another “lone nut” who turned up dead as a result of an apparent “suicide,” was clearly not the perpetrator of the anthrax mailings, as voluminous amounts of evidence point to his innocence as well as testimony of many credible witnesses and the Department of Justice itself have revealed. Indeed, there seems to be a much more sinister agenda in this case, but, as with the vaccine safety issue, this is also another topic which requires far too much attention to discuss within the confines of this article.

It cannot go unmentioned, however, that there were an alarming number of microbiologists who had turned up dead shortly before the anthrax event. As Dr. Francis Boyle, a former government biological weapons legislator, has stated publicly, “Ivins is only the latest dead microbiologist. You also have to tie into this the large numbers of dead microbiologists that have appeared since around the summer before these events, when the New York Times revealed the existence of the covert anthrax weapons programs run by the CIA, and that too is in the public record.”

This is the context in which the recent HHS announcement has appeared and, upon hearing of this new push regarding anthrax and the development of new “medical countermeasures” for it, one should bear close in mind the vast and obvious government involvement in weaponized anthrax and false flag terror. As a result, one must be concerned about the potential for serious mass-scale crisis creation using these available resources and methods.

Indeed, this is not the first time BARDA has been given such a task. According to the HHS press release, the agency has been given the goal of funding the development and acquisition of two anthrax antitoxins in the past. These antitoxins are now present in the Strategic National Stockpile. In addition, BARDA’s direction over the Project BioShield operation, which goes at least as far back as 2004, was relevant to the awarding of contracts to the acquisitions of countermeasures to anthrax, smallpox, botulism, and nuclear exposure as well other bioterrorist attack-related emergency supplies.

These stated goals and developmental grants were largely a result of Barack Obama’s Executive Order 13527, which was signed on December 30, 2009. This Executive Order (EO), according to the “HHS Fiscal Year 2012: Public Health and Social Services Emergency Fund – Justification of Estimates for Appropriations Committees,” makes it the policy of the federal government to plan and prepare for the timely provision of medical countermeasures to the American people in the event of a biological attack through a rapid federal response in coordination with state, local, territorial, and Tribal governments.

The policy’s goal is to mitigate illness and prevent death, sustain critical infrastructure, and complement and supplement state, local, territorial, and Tribal government medical countermeasure distribution capacity. Section 2 of the EO tasks HHS and USPS to develop a concept of operations and national postal model for other cities interested in utilizing a residential delivery system through the USPS to deliver medical countermeasures for a biological attack.

Essentially, the EO directs HHS and USPS to develop a method of distribution of “medical countermeasures” in the event of a bioterrorist attack in the United States.

Test runs for these procedures were conducted in both 2006 and 2007, as well as later in 2010. George W. Bush also signed an order to provide advance distribution of “medical countermeasures” to those letter carriers who volunteered for the program in 2008.

While one could scarcely argue that it is a bad idea to develop mechanisms for the rapid deployment of medicines and life-saving products via the Post Office or other available institutions in the event of a biological weapons attack or outbreak of a deadly disease, one must also view these EO’s and government policies with skepticism and concern. Especially when one takes into account the historical precedent set by governments (specifically the US government) in creating and exploiting just these kinds of situations.

The fact is, while these procedures appear at first glance (at least to the uninformed) to be a protective measure against foreign bioterrorism or domestically executed attacks, it is actually the US government itself that is almost always the culprit when it comes to virtually any kind of terrorism. 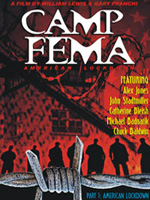 Whether it is the anthrax attacks mentioned above, 9/11, OKC, Swine Flu, or other more small-scale operations, it is not shoe-string extremists that have launched consecutive attacks on the United States; it is rogue elements with the US government itself.

Indeed, among those who research government false flag operations, it is well-known that there are often many potential giveaways as to their coming execution. In some instances, it is military exercises. In others, it is the implementation (or introduction) of laws or policies that would pertain to just such a situation. Therefore, when our government begins preparation for a bioterrorist attack, especially when those preparations are specific in nature, one is definitely justified in a reaction of concern in regards to what this actually means.


These new contracts for development of more advanced anthrax vaccines should cause specific concern in light of previous EO’s signed by both Bush and Obama as well as legislation designed to essentially declare Martial Law in the event of a bioterrorist attack or pandemic virus.

The EO mentioned above (Executive Order 13527) contains language regarding the escort of postal workers carrying “medical countermeasures” by law enforcement officers in order to protect them from “potentially violent crowds,” leading some to speculate as to whether or not this angry reaction would be the result of forced vaccination programs.

Interestingly enough, the Post Office has played an assisting role in the coming Martial Law program in the past. Keep in mind, USPS facilities all across the country have been constructing secretive hardened “criminal investigation rooms.” The source who revealed these room constructions also revealed plans to use these rooms in the event of Martial Law to “separate families.”

While the recent announcement of new anthrax vaccine contracts may be just another waste of taxpayer money on the faith-based scientific efforts known as vaccines, we must not be so quick to dismiss it as such without taking into account the context of these announcements. The United States government has been making plans for years regarding the final crackdown on civil liberties and the ultimate moment to fully transition to an openly authoritarian police state. A bioterrorist attack using anthrax or any other deadly or fast-spreading disease would provide the perfect pretext to do just that.

Brandon Turbeville is an author out of Florence, South Carolina. He has had numerous articles published dealing with a wide variety of subjects including health, economics, and civil liberties. He also the author of Codex Alimentarius - The End of Health Freedom, 7 Real Conspiracies and Five Sense Solutions.
Posted by Admin at 5:23 PM