Yes, I Still Oppose The Lockdown — Principles and Fear in the Age of COVID-19 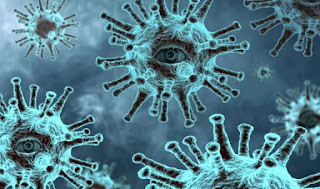 On March 24, I wrote one of my most controversial articles. "Two Hundred And Thirty Years Of Rights And Liberties Shredded: Why I Oppose The Lockdown."

Of course, nothing said in the article should ever be considered controversial. I merely stated my opposition to the "Lockdowns" taking place all across the country, the violations of the 1st and 4th Amendments, and the deliberate crashing of the economy. In a well-educated rational society, such a statement would raise no eyebrows and even agreement would be expressed in the generic, "yes, of course" manner. But a well-educated rational society we do not have. In its place, is a society of emotion and fear and that is perhaps the most dangerous kind.

In response to my article, I was treated to the typical responses that one might expect in the latter type of society. I saw criticism that I was putting money over people, claims that I was ignoring the severity of the virus, and insinuations that I was selfishly holding on to "rights" that apparently only exist in times of peace, prosperity, and good health. Further absurd accusations came that anyone who opposed the "lockdown" is a right wing extremist or even a neo-Nazi.

On numerous instances, I was arrogantly challenged by another writer to "give it a week" and see if my position is still the same. Presumably, the virus outbreak would have worsened by then and I would be so horrified by the death and horror around me, I would retract my previous position about rights being sacred and come to love Big Brother. In a week, I would acknowledge that 2 + 2 = 5 and join the masses calling for lockdowns and shutdowns and whatever else "authorities" have in store for us.

Well, it's been nearly a moth and my position is the same. It will be the same in another week and in another. What my critics, of course, fail to understand is that, if one has rights, those rights do not take a back seat to their fear of getting sick, being a victim of a terror attack, or of dying by any means. Ever.


If my critics were right and the numbers of dead and infected people began skyrocketing in the days and months ahead, my position would not change. I do not apologize for this. I also shouldn't have to explain it.

It is likely that many of the people who wrote to me to tell me how wrong I was and who incorrectly perceived that I would be as susceptible to fear as they, will recognize how unfortunately wrong they were when it counted.

But it is worth pointing out the absurdity of the fear in real time when one observes the statistics related to Coronavirus and/or COVID-19.

First, it should be made clear that I am not denying the existence of the virus. It is not a made up illness. People are contracting it and people are dying of it. Those numbers, however, in no way justify the massive panic that is sweeping the entire world and never would they justify the trampling of basic American rights.

But back to the reason for panic - we have to ask ourselves just what we are so afraid of? For anyone listening to the mainstream media, you would be led to believe that COVID-19 is affecting everyone of all ages with a 100% kill rate and that thousands have died of the virus in every city in the country. You might be shocked to see the numbers of deaths vs the numbers of the population of the country, state, and city. You might be shocked to see the number of full recoveries.

In Italy, one of the most publicized and allegedly hardest hit areas of the world, it has been admitted that the deaths attributed to COVID-19 were almost all elderly people with underlying health conditions. This is not meant to sound harsh to those with underlying conditions or the elderly, but many people in this condition were not only more susceptible to this virus but to many other viruses as well.

However, while mainstream media outlets shout down anyone who questions the numbers as "conspiracy theorists" or of hatred of the elderly, it is hard to take the insults seriously since it is precisely these same outlets and their host nations that make the elderly choose between electricity, food, and medicine. It might be worth asking the thousands of British elderly who freeze to death every year because of the British government's policies if the UK government cares about the elderly. It might be wise to ask elderly Americans who routinely skip medications because purchasing them would see them skip groceries or rent if the US government cares about its senior citizens. If hospitals cared about the elderly, why are so many of them issuing immediate "Do Not Resuscitate" orders for anyone coming in to the facility with COVID-19. For that matter, if they cared about the elderly, why are they imposing DNR orders for all people with cardiac emergencies, particularly the elderly? If the elderly are going to be left to die anyway, why restrict rights at all? Why panic at all? The elderly and disabled are being sacrificed on the altar of panic and fear and, ironically, under the guise of protecting the sick and the disabled.

Indeed, all around the country, in the midst of an alleged pandemic, hospitals are putting doctors and nurses on furlough as they shutter their doors in preparation for the supposed surge of COVID-19 patients that might come someday maybe. No elective surgeries. No cancer tests. In some cases, no emergency room even if you are having a heart attack or were in a car accident. No one is asking how many people will die of preventable diseases because their tests were put off months later, allowing the disease to progress to an untreatable stage.

Likewise, no one seems to be asking, except for a few notable exceptions, how many people will die as a result of the economic crash, not only from suicide and lack of access to healthcare (remember, the newly unemployed are newly uninsured) but also from lack of nutrition and lower living standards that will inevitably occur as a result.

These same people will continue to support Lockdowns, the crushing of the American economy, jail for walking your dog, and the coming vaccine mandates. They will continue to snitch on their neighbors for walking in the park. They will continue to rush forward in whatever direction their television sets tell them to go, even if it is in the opposite direction than what they were told yesterday. It is the curse of anyone who lives in fear and makes decisions based solely upon emotion, to live in a rudderless fashion, changing their positions from day to day and never noticing.

Allowing principles to be your guide not only keeps a person centered, it acknowledges that there are some things that are more important than the assuaging of temporary emotions or fear. As Benjamin Franklin said, "Those who will give up liberty for security will lose both and deserve neither." He was right.

Brandon Turbeville writes for Activist Post – article archive here – He is the author of seven books, Codex Alimentarius — The End of Health Freedom, 7 Real Conspiracies, Five Sense Solutions and Dispatches From a Dissident, volume 1 and volume 2, The Road to Damascus: The Anglo-American Assault on Syria, The Difference it Makes: 36 Reasons Why Hillary Clinton Should Never Be President, and Resisting The Empire: The Plan To Destroy Syria And How The Future Of The World Depends On The Outcome. Turbeville has published over 1500 articles on a wide variety of subjects including health, economics, government corruption, civil liberties and, most notably, geopolitics and the Syrian crisis. His most recent release is a book of poetry, Dance, Amputee. Brandon Turbeville’s radio show Truth on The Tracks can be found at UCYTV. His website is BrandonTurbeville.com. He is available for radio and TV interviews. Please contact activistpost (at) gmail.com. He is from Columbia, SC.

Provide, Protect and Profit from what’s coming! Get a free issue of Counter Markets today.
Posted by Admin at 10:03 AM