Sanctions in Syria: An EXCLUSIVE Look at How Everyday People Are Paying the Price 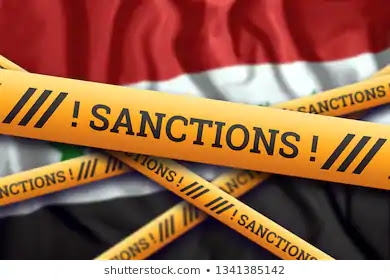 In 2017, I visited Syria. I sat in Damascus and listened to the sounds of mortars, missiles, and gunfire ring out 24 hours a day, 7 days a week. At night, I would walk to the roof of the hotel and watch the firefight raging in Jobar. Damascus residents - innocent civilians - lived in constant fear of terrorist mortars that would rain down on them randomly, sometimes destroying their homes, sometimes killing their neighbors or family members. Sometimes, if they were lucky, they would only land in the street, scaring the shop owners and their customers and sending the street cats for the nearest hiding place. Sometimes, however, it would be the last thing they would hear. Sometimes, it would be the last thing their children would hear.

In that context, I walked through Damascus and talked to the people who lived there. They were resolute, courageous, and strong. Every single one of them had experienced some horrific loss, generally of someone close to them but also friends and neighbors as well as homes and businesses. Yet, despite all that, they maintained this love for life that few of us in the West have ever experienced. “For us,” one girl said to me “life is about living. We are surrounded by death so, for us, living is enough.”

It was easy to get the sense that the Syrian people were willing to fight to the last breath and drop of blood in their body for their ability to live free of foreign terrorism and for the dignity and sovereignty of their country. I got this sense not just in Damascus but also in Aleppo, Homs, Tartous and everywhere else I visited. A few times I was even told that, if America had the guts to invade Syria, then Syria was ready. And Syria would not be Iraq.

Once, in discussion with a Syrian man, the question was asked how Syrians seem to be able to get back up on their feet and start living again, sending their children to school, working, rebuilding even as the war continues two miles away. The answer was simple: “This is Syria.” When it was suggested that the Western powers do not understand the Syrian connection to their country and their unmatched resolve to continue living and rebuilding what was lost, he agreed. “That’s right,” he said. “They don’t understand us. And that is why they lost.”

I walked through the Old City of Damascus to the sound of car horns and bars, conversations and music. The mortars and artillery shells were silent. Sitting on the roof of my hotel, I could see the outer edges of the city, the mountains, and the constant traffic. At night, stars and city lights. Jobar was finally quiet, albeit dark.

In Damascus and, most notably, Homs, I noticed that a number of new shops had opened along with a new bar and several new restaurants. In Homs, where around half the city was utterly destroyed, life was returning to the part that remained held by the Syrian government throughout the war. Every city I visited, I saw an attempt of life to push through the last eight years of death and destruction.

But what I also noticed was that, despite these positive developments, there was an element of despair and sadness in the air that was not present two years ago.

While the military situation in Syria has improved dramatically over the past 24 months - the Syrian government has retaken 3/4 of the country, pockets of terrorism in the major cities have been eliminated, the battle for Idlib is beginning, and the Kurdish terrorists in the Northeast are being forced to accept the fact that they will have to negotiate with the Syrian government - the economic situation has not.

In fact, due to the ravages of war but overwhelmingly due to Western sanctions, Syria's economy is perhaps at the worst point yet. Although Syrian business owners are doing their best to rebuild, the most important aspect of business is lacking - customers. With so much of the country destroyed by the war, exports essentially eliminated by sanctions, and the inability of Syrians to use most international financial institutions and technologies, the country's economy is at a standstill. A factory owner whose operations were destroyed can reopen his factory, but he will have to invest the money to rebuild his facility, buy new machines, and hire new workers. But who is he going to sell his goods to? He can't export them. The Syrian market is small and the population is so financially strapped, no luxury product will sell enough to make a decent profit and even the necessities are falling short of being a lucrative market. Restaurants re-open, but who can afford to go out? Same with hotels and bars.

People simply can't afford to buy products, whether they need them or not.

Of course, this isn't to say that no one is buying anything or that there is no life returning to Syria. In the areas that have started rebuilding efforts, you can indeed see people flocking to restaurants and bars. But Syria needs more than food and alcohol to survive.

For many, particularly younger people, if one is lucky enough to have a job, it takes three of them simply to make ends meet.

As in all other cases of sanctions, the average person in Syria is paying the price. This is well-known as US Secretary of State, Mike Pompeo stated that Iran must listen to American demands "if they want their people to eat." It's the same old story from ages past. Sanctions are the equivalent of a naval blockade or burning wheat fields. Surrender or we'll starve you out.

Syrian President Bashar al-Assad is also aware of how these sanctions are being used and he stated as much in an interview with RT when he said:

Those people were expected to rise against their government during the different stages of the war but they did not. They were supposed to support the terrorists – the ‘moderate rebels’ and ‘angels’ of White Helmets – but the people did not and stood with their government. So, they have to suffer. They have to pay the price and learn their lesson that they should stand with the agenda [of the West].

“This might also be a last-ditch attempt to push them to be against the government. They tried it last winter, they tried it before but it did not work because people knew the whole story and knew where their interests lie.”

Assad has an optimistic perspective. But people cannot continue on this way forever. The Syrian people have sacrificed everything for their country and done so three times over. Now, at the finish line, the sanctions have effectively moved the goal post yet again, this time so far ahead they can't even see the end.

Unfortunately, the sanctions have taken their toll on the Syrian people. When I visited in 2017, everyone in Damascus lived with the threat of losing their lives to a mortar, a bomb, or a rifle on a constant basis. Most major cities still had pockets of terrorism that took innocent lives at random almost daily. The enemy was at the gates and the Syrian people were focused on defending their country. Now, with the enemy driven from the gates and the war in the Northeast, far east, and Idlib, those same people now have time to focus on what they've lost - family, friends, lovers, homes, and businesses. Two years on, the sadness has taken root as the day to day routine attempts to return to some semblance of "normalcy," despite the crippling sanctions. Many are simply unable to see a future in Syria or any future at all. Behind the smiles, there is an unavoidable sadness. With the return of routine comes the sting of loss, the lack of the people that made that routine worthwhile.

So it seems the sanctions have done their job. They are starving and freezing out the Syrian people and they are killing the hopes and dreams of those people to rebuild and move toward the future.

President Trump won the US election in part because the American people were tired of imperialist and endless wars being waged overseas. Trump promised to stop being "stupid" and only recently twice promised to end those "ridiculous" wars, particularly Syria. However, in mid-November, 2019, the US military seems to have only re-deployed to a more strategically defensive position and the President is openly stating that America is going to "keep the oil" that belongs to Syria. If Syrians are disappointed and desperate, so are Americans who hoped for an end to the war.

At this point, it appears all people of good will - victims and citizens of the perpetrating state alike - are left helpless, only able to "speak out" but not able to actually do anything to free their country from the invaders' grasp or to prevent their country from being the invader. Across the oceans, it seems like all we can do is to shout in solidarity to others but, beyond that, we are at a loss to do anything other than to survive and, if we have the opportunity, to do what we can to help others survive also.

I'd like to believe there is something we can do as people to end the war but I'm no longer sure there is. As one Syrian man told me, "You spend your youth believing you are outside of history and that you can change the world. But as you grow older you realize that history is just the same shit with different names in different countries. It never changes. History is filled with people who believed they would change the world and didn't."

In many respects, he's right. We may very well be at a time where the best we can do is to help each other survive and that's all. But history is no excuse to give up on the future. We know what happens if we do nothing. Even if we do act, it's still true that the odds are that we will fail. But there is always a chance that something will happen when all hope seems lost that will alter the course of our future forever. The odds aren't good but those are the ones we have to play. In the meantime, we can't underestimate the value of the little things and how helping each other survive in the smallest ways may be that catalyst that finally does change the world.


About Brandon
Brandon Turbeville writes for TheOrganicPrepper.com and his own website, BrandonTurbeville.com He is the author of ten books, Codex Alimentarius — The End of Health Freedom, 7 Real Conspiracies, Five Sense Solutions and Dispatches From a Dissident, volume 1 and volume 2, The Road to Damascus: The Anglo-American Assault on Syria, The Difference it Makes: 36 Reasons Why Hillary Clinton Should Never Be President, and Resisting The Empire: The Plan To Destroy Syria And How The Future Of The World Depends On The Outcome. His books can be found in the bookstore at BrandonTurbeville.com and on Amazon.

Turbeville has published over 1500 articles on a wide variety of subjects including health, economics, government corruption, civil liberties and, most notably, geopolitics and the Syrian crisis. His most recent release is a book of poetry, “Dance, Amputee.”
Posted by Admin at 6:41 AM