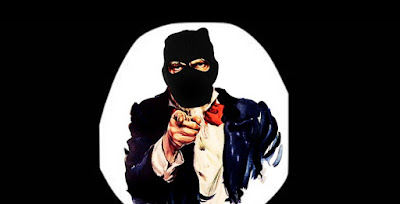 For the abundance of evidence pointing to the fact that the United States and its “allies” control the terror group al-Qaeda and use it for their own purposes both at home and abroad, it seems many observers have a hard time swallowing such a bitter pill. There was a time, however, when, in internal emails, then Secretary of State Hillary Clinton's Deputy Chief of Staff and Director of Policy Planning, Jake Sullivan, admitted to the Secretary that “AQ is on our side in Syria.”

The email, sent to Clinton on February 12, 2012 and subsequently exposed by Wikileaks, referenced a previous email that Sullivan had apparently sent to Clinton from the Executive Secretariat at the Operations Center. The email, among other things, contained an update on recent violence and statements made by al-Qaeda leader Ayman al-Zawahiri. For instance, the email reads,

ATTACKS RESUME IN HOMS (U) Sporadic rocket and gunfire killed at least four people in the Baba Amr neighborhood of Horns, following a partial day's lull in violence. Syrian security forces permitted some families in mainly Sunni Muslim opposition areas to leave.Reuters) UNCLASSIFIED U.S. Department of State Case No. F-2014-20439 Doc No. C05789138 Date: 10/30/2015 AL-ZAWAHIRI URGES MUSLIM SUPPORT FOR OPPOSITION (U) Al-Qaida leader al-Zawahiri called on Muslims in Turkey and the Middle East to aid rebel forces in their fight against supporters of Syrian President Asad in an interne video recording. Al-Zawahiri also urged the Syrian people not to rely on the AL, Turkey, or the United States for assistance.euters)


It was evident early on that the US bombing of alleged ISIS targets inside Syria was, in reality, an attempt to support the terrorist organization backed by NATO and the US as opposed to an attempt to defeat it. While such a suggestion has been repeatedly labeled as a “conspiracy theory” by the mainstream media and other gatekeepers in the “independent” media, the fruits of America’s labor in terms of the bombing campaign cannot be ignored. Likewise, neither can the world ignore the results of Saudi Arabia’s bombing of Yemen.


The truth is that the United States, NATO, and the GCC/Arab League are bombing in couched support of ISIS, increasing its gains and hold on power with every sortie fired. With this fact recognized, the NATO/GCC network of national governments can now officially be labeled as the Air Force of Al-Qaeda.

For instance, while the secular government of Bashar al-Assad remained the only force inside Syria actually fighting al-Qaeda and ISIS – terrorist organizations trained, funded, armed, and deployed by the United States, NATO, and the GCC – the brutality of these death squads was used by the Western propaganda machine to justify a bombing campaign that was actually directed at Syrian military and civilian infrastructure.

These strikes were launched against Syrian oil refineries (see here also), bridges, civilian neighborhoods, warehouses, agricultural centers, and grain silos. Others were made strategically against infrastructure that was set to soon be taken back by the Syrian military after long-fought battles with the terrorists.

Likewise, the US bombing campaign in Iraq had much more to do with protecting Western-owned oil fields and death squad herding than eliminating ISIS. In fact, Iraqi armed forces and government officials have repeatedly revealed that the US military has actually been supplying ISIS during the entire course of the bombing.

Yet while the Western mainstream press has attempted to paint the Iraqi claims of American assistance to ISIS as “conspiracy theories” and the manifestation of jealousy, that same press has been forced to admit that the bombing campaign resulted in a stronger ISIS presence in Iraq and Syria and that the terrorist group has become stronger in terms of strategic location and military presence.

The idea that the United States is fighting ISIS or al-Qaeda in Syria and Iraq is laughable. In reality, the only forces fighting terrorists in either country have been Syria, Russia, and Iran.