Thousands Are VOLUNTEERING to Be MICROCHIPPED in Sweden: Can the Rest of the World Be Far Behind? 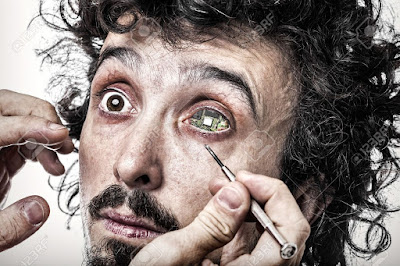 Once, people who warned that the world was entering a time when all citizens would be microchipped, tracked, and traced were laughed at, mocked, and labeled religious fundamentalists, or crazy conspiracy theorists. Such a world would never take shape we were told and the people warning of it were paranoid and delusional. Fast forward a decade and the people who warn about human microchipping are still maligned as conspiracy theorists but the microchipping is most certainly taking place.

In an article published in the Daily Mail, lacking shock or warnings of growing technological fascism, we see the revelation that thousands of Swedish people are now voluntarily being implanted with microchips that contain information regarding their identity. More than 4,000 Swedish citizens are “taking the chip,” demonstrating that, although it is not a mass movement, the coverage from mainstream media will ensure that it soon will be.

The microchip “bypasses the need for cash, tickets, access cards and even social media,” according to the Daily Mail.

BioHax International, started in 2013 by Jowan Osterlund, a former professional body piercer, is now the market leader in the industry of civilian microchipping. But it’s not just BioHax that is involved in promoting the technology and springboarding it into society. In June, 2017, SJ Rail, the Swedish train operator, announced that 100 people were using microchips for train rides, obviously indicating that the rail system was already set up to handle the payment system before anyone was ever microchipped.

For this system, passengers with a microchip in their hand have their ticket loaded directly onto the device and the train conductor can read the chip with a smartphone to confirm payment.

The Daily Mail paints the chip in a positive light, recounting the opinion of Szilvia Varszegi, 28, who said the chip “basically solves my problems.” The “problems” Ms. Varszegi is referring to is apparently the “problem” of manually purchasing a ticket or engaging in a phone-based transaction.


Ms Varszegi said: 'When another phone reads the chip, they see the [link] and they can open it in the phone browser.'

There are concerns over the system though none of them are related to the possibility of forced microchipping, tracking and tracing, or control of everyday citizens. The concerns are merely related to the privacy of financial information. The benefits of not having to type or use cash seem, at least for the 4,000 pioneers of the brave new world, far outweigh the dangers of potentially living a semi-life of a constantly-monitored slave existence.

Still, there have been a few hiccups. When it was launched last year, rail staff would sometimes be taken to a passenger’s LinkedIn profile instead of ticket information, since LinkedIn has embraced the technology and the microchipping scheme with open arms.

This specific system is only currently in place in Sweden at the moment the country’s travel system does use the same Near Field Communication as London’s oyster cards and contactless bank cards, leading many to believe that it will be expanded soon.

The microchips are around the size of a grain of rice and are implanted using a syringe into the back of the hand, usually above the thumb.

A number of Swedish companies are offering the service to their employees – usually for free – in order to encourage them to be able to enter the building quickly or pay for food in the cafeteria.

The Daily Mail points out that the implants were first used in 2015, confidentially, before they were rolled out to the general public. But the microchipping has been going on longer than that. For instance, in 2004, it was reported that many Mexican officials were getting “tagged” with microchips in order to improve security.

That same year, nightclubbers in Spain were getting themselves microchipped with essentially the same technology as that being rolled out in Sweden with the same perks, along with the requisite snob appeal.

And we can’t forget the famous Andy Rooney episode of 60 Minutes shortly after 911 where he promoted the idea of something “permanently implanted in my arm” that might identify him, almost as if he knew such a thing existed and almost as if he were part of a coordinated propaganda push to convince Americans that they needed this device for their safety and, of course, their convenience.

Of course, that’s not stopping the Daily Mail from claiming that the technology is new and implying that Swedes prefer convenience over privacy. Conveniently, the outlet doesn’t interview any Swedes who are really opposed to the system.

Twenty-eight-year-old Ulrika Celsing had a microchip injected into her hand that allows her to enter her workplace without needing her security card.

She said she is not concerned over the potential hacking of the data stored in the chip.

'I don't think our current technology is enough to get chip hacked,' she told AFP.

'But I may think about this again in the future. I could always take it out then.'

To enter her workplace, the media agency Mindshare, Ms Celsing simply waves her hand on a small box and types in a code before the doors open.

'It was fun to try something new and to see what one could use it for to make life easier in the future,' she said.

Mircrochip implants are not new in Sweden, and thousands already have them, using the devices to swipe in and out of the office, and even pay for food.

Swedish citizens have long accepted the sharing of their personal details.

The country has a track record for sharing of personal information, which may have helped ease the microchip's acceptance.

Personal details in the Scandinavian state are registered by the social security system, with other administrative bodies.

It is possible for people to find out each others' salaries through a quick phone call to the tax authority.

Mr Libberton said: 'In Sweden, people are very comfortable with technology and I would say there is less resistance to new technology here than in most other places.'

Some experts have urged caution with the burgeoning microchipping scene.

Ben Libberton, a microbiologist at the MAX IV Laboratory in the Swedish city of Lund which provides X-rays for research, told AFP: 'At the moment, the data collected and shared by implants is small, but it's likely that this will increase.

'The more data is stored in a single place as could happen with a chip, the more risk it could be used against us.

'If a chip can one day detect a medical problem, who finds out and when?'

He added that the chip implants could cause 'infections or reactions of the immune system'.


Very tepid criticism for a system that, once connected to the Singularity movement and the Chinese social credit scheme, could literally spell the end of humanity.

In a little known article published in the Guardian in 2007, entitled “ “Revolution, flashmobs, and brain chips. A grim vision of the future,” Richard Norton-Taylor relays the findings of a 90-page report administered and released by the British Ministry of Defense. The research team was tasked with describing a future “strategic context” that the British military might encounter and how it might react in the middle of that context.

By 2035, an implantable 'information chip' could be wired directly to the brain. A growing pervasiveness of information communications technology will enable states, terrorists or criminals, to mobilize 'flashmobs,' challenging security forces to match this potential agility coupled with an ability to concentrate forces quickly in a small area.


I highly recommend you access and read through the Norton-Taylor article cited above as it provides a very “grim vision” of the future indeed and one that is not far off.

Speaking of grim but unfortunately accurate visions of the future, when discussing the coming technological fascism, author and researcher Alan Watt stated:

It [technology/internet/etc.] has many purposes but one of them was never to free the people, it would be used as an incredible tool of data-collection and using, like television and repetition of different topics, or the same topics or phrases again, it would be used to condition the public in their opinions, until, really, they’d be addicted to it, they could never do without it. That’s the intent, because you will go cashless eventually and it will be used as a form of social approval and disapproval, if they cut you off from the net: you won’t be able to do your banking, get money to pay your rent etc. Bertrand Russell talked about this sort of technique to be used in the future and it’s coming now. 'Cloud' will come in and that will take over and be THE one for the planet and everyone will rush into it thinking ‘my God I don’t have to worry about spyware or viruses or upgrades, it’s all done for me, out there somewhere in the big 'cloud.'' And the Cloud, eventually, will be censoring your emails and actually popping up windows to tell you 'are you sure you want to use this word, this politically incorrect word in this email?' Then it might give you a little list of fines or punishments etc. etc. This is all planned folks, that’s how you do it.


At one time, the idea of microchipping the mass of humanity seemed like dystopian science fiction. Today, however, it is not only a possibility but a likelihood if human beings, particularly those living in the Western world do not wake up to the dangers inherent in the technological control grid.

Recommended viewing by the author:

Alan Watt - the Great Work, the Noble Lie and the Brain Chip - http://www.youtube.com/watch?v=lN3V8G...

Alan Watt on the Real Reason for the Brain Chip + You Must Come Alive and Know Yourself - http://www.youtube.com/watch?v=os6_mb...