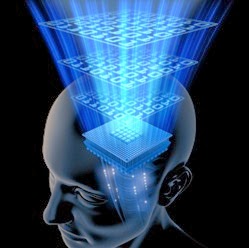 Over the last year, it seems as if the technological control grid has been kicked in to high speed as various forms of biometrics, transhumanism, smart grids, the internet of things and neuroscience merge closer and closer together. Indeed, it would be naïve to suggest that this was not the goal all along. However, the fact that these “new” technologies are now being connected together in public view suggests that society in general is further along the path to the full implementation of the total surveillance system and electronic dictatorship than anyone may have initially believed.

For instance, it has recently been announced that Johns Hopkins University is in the process of creating a Google-style searchable digital library of children’s brain scans. The project will be supported by a grant from the National Institutes of Health to the tune of $600,000 over three years under the guise of an attempt to greater assist doctors in the diagnosis of irregularities occurring in the brain. Doctors will also be able to compare the brain scans in order to identify changes in brain structure and, hopefully, identify diseases even earlier.

As Michael Miller, a Johns Hopkins biomedical engineering professor and the lead researcher for the program states, “We're creating a pediatric-brain data bank that will let doctors look at MRI brain scans of children who have already been diagnosed with illnesses like epilepsy or psychiatric disorders. It will provide a way to share important new discoveries about how changes in brain structures are linked to brain disorders.”

At the present time, the database only holds about 5,000 brain scans and only from children treated at Johns Hopkins. According to Anne-Marie Alcantara of Mashable.com, the scans are indexed and arranged into 22 different categories such as, psychiatric disorders, chromosomal abnormalities, vascular diseases, congenital malformations, infections, or epilepsy.

“Due to the high volume of information in the database, researchers believe it will help physicians easily recognize and classify pediatric brain disorders, as well as reclassify and identify new brain diseases,” Alcantara writes.

As reported by The Hub, the news center from Johns Hopkins, the researchers, along with Marilyn Albert, a Johns Hopkins professor of neurology, the institution is attempting to expand this database to include the elderly as well.

Johnathan Lewin, chief radiologist at Johns Hopkins Hospital has stated that “This research is one of the first real applications of big-data analytics, taking medical information from large numbers of patients, removing anything that would identify specific individuals and then bringing the data into the cloud to allow very high-powered analysis.”

Although there is no mention of patient consent in the press release, one hopes (but one does not expect) that the individuals whose brain scans are added into the database are asked their permission before doing so.

Another issue, however, is the ability of the medical establishment to upload such images to a database which is then uploaded to the Cloud, for other researchers to peruse. While it could scarcely be argued that such a development is a purely negative one, it should raise the eyebrows of anyone who is concerned about privacy and the growing web of interconnected systems in seemingly unrelated fields.

We, as a people, have allowed ourselves to become encircled and entrapped by digital devices, databases, and promised convenience. Such developments as the brain scan database could indeed be used to greater improve the ability of doctors to diagnose illnesses or it could be used as a modern-day digital Cold Spring Harbor. Moreover, as Apple co-founder Steve Wozniak cautioned today, the Cloud is not NSA-proof, making it likely wide open to an array of government agencies and hackers of all stripes. In the case of standard personal data, this is troubling enough; but when information such as brain scans and DNA are introduced, it brings the threat to a whole new level. And make no mistake, the goal is to upload the entirety of who we are into the Cloud, as stated clearly by Ray Kurzweil who suggests that medical nanobots soon will act as sensors inside the brain and connect us directly to Cloud computing.

Thus, while we must applaud scientific developments such as this one, we must also be vigilant to ensure that such developments are not used to surveil and enslave instead of creating increased freedom and improvement in our standards of living.

Recently by Brandon Turbeville:
Brandon Turbeville is an author out of Florence, South Carolina. He has a Bachelor's Degree from Francis Marion University and is the author of six books, Codex Alimentarius -- The End of Health Freedom, 7 Real Conspiracies, Five Sense Solutions and Dispatches From a Dissident, volume 1 and volume 2, and The Road to Damascus: The Anglo-American Assault on Syria. Turbeville has published over 275 articles dealing on a wide variety of subjects including health, economics, government corruption, and civil liberties. Brandon Turbeville's podcast Truth on The Tracks can be found every Monday night 9 pm EST at UCYTV.  He is available for radio and TV interviews. Please contact activistpost (at) gmail.com.
Posted by Admin at 1:01 PM