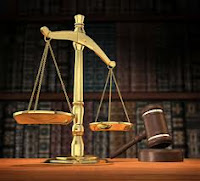 Katerina Jeleva, the Utah mother whose son has been stolen from her via a corrupt DCFS and family court system, is coming up on February 12.

Katerina is being forced to go to court at her own expense in order to defend herself against the termination of her parental rights even after she has been proven innocent of any wrongdoing on at least three occasions.

If Judge Mary Noonan of the Family Court rules against Katerina, she could terminate Katerina’s parental rights altogether. However, if the judge rules in favor of Katerina and does not terminate her parental rights, then Katerina will finally regain custody of her son after an unnecessarily long battle.

It is imperative that we contact Judge Mary Noonan and her Clerk and remind them both that we are watching this case and that we expect Katerina’s son to be returned to her.

Even after her exoneration, Katerina has still been denied the rights to even visit her son due to legal trickery and outright sabotage by the other parties involved. For those of you who are unaware of Katerina’s situation, I encourage you to access the articles and interviews linked at the end of this article to get an idea of the never-ending battle she has been forced to fight thus far. I also encourage you to read the summary of her case as it now stands, also included in this article.

Again, if you want to help Katerina, please contact the court using the contact information posted below and encourage them to rule in Katerina’s favor. Remind the court that the world is watching this case and that injustice such as this cannot continue to be tolerated. Remember to be polite, but firm.

In short, when Katerina was conveniently served with a Protective Order by her ex-husband shortly after his own bankruptcy proceeding, Katerina’s son was immediately taken from her by DCFS agents and armed police. Yet, after repeated interviews and investigations by psychologists, sex abuse investigators, and other DCFS agents, it was determined that there was absolutely no evidence that Katerina had abused her son.


Soon after her son was returned to her, however, Katerina was served with yet another Protective Order by her ex-husband – this time with the help of rogue Guardian ad Litem, Amber Ruder. Once again, after the filing of the second Protective Order, Katerina’s son was forcibly removed from her, with police literally taking the child out of her arms.

The process of interviews and investigations thus began anew and, again, Katerina was exonerated. Yet, after being ordered to organize and facilitate the family therapy sessions, Guardian ad Litem Amber Ruder flatly refused to obey the judge’s orders, telling Katerina that she “cannot and will not do this for you.” Ruder subsequently claimed that Katerina’s son may not be returned to her at all because the two have been separated for such a long time that it might traumatize the child to return to his mother. This is in regards to a child who, in the opinion of the child psychologist who interviewed him, showed signs of being coached by other adults in what to say to the therapist in order to implicate his mother in misconduct in the first place.

Ever since the second Protective Order, Katerina has been fighting an uphill fight in what seems like a never-ending legal battle where she is forced to represent herself despite having very little time and money at her disposal. In addition, Katerina has had to contend with a Guardian ad Litem who was not only being uncooperative, but was actively sabotaging and opposing Katerina’s efforts to be reunited with her son.

Between the behavior of Ruder, and Katerina’s ex-husband’s legal team led by attorney Jere Reneer, Katerina has had to endure such underhanded tactics as court issued documents being sent to her previous attorney’s office instead of to her (as she is now representing herself due to financial hardship) among other things.

After a great deal of resistance by Ruder and Katerina’s ex-husband, Katerina was finally able to attend a therapy session with her son – a meeting which scarcely could have gone better, according to Jeleva, particularly under the circumstances.

Unfortunately, much of the Amber Ruder-related saga continued in the months following.

Not satisfied with the outcome of the DCFS investigations (as they determined that there was no evidence for any abuse), Ruder requested a third interview session with DCFS in an environment more conducive for her purposes, but was rightfully denied by the Judge.

Very soon, however, a third “anonymous” claim of abuse was conveniently made against Katerina and the interview and investigation process began all over again for a third time. Once again, Springville Police Department Detective Jeff Ellsworth was tasked with investigating Katerina’s case. As before, Ellsworth concluded that there was no evidence for abuse. Indeed, he clearly stated as much in his incident report when he wrote, “I have investigated this matter before, and the information that was brought forward does not provided enough evidence to support Sexual Abuse. This case will remain inactive.”

Likewise, Emee Drews, the DCFS worker assigned to the case regarding the third accusation, stated that the interview she conducted did not disclose anything new and that there was not enough evidence to support the claims of sexual abuse. After watching the interview, Detective Ellsworth determined that the alleged incident being dealt with was actually the same incident he had investigated much earlier and had decided there was no evidence of child abuse.

Thus, on September 7, 2012, the third investigation was closed due to unsupported evidence.

All the while, however, Katerina’s attempts at supervised therapy with her son were flagrantly derailed in direct violation of the court order by her ex-husband who, Katerina claims, was acting on the advice of Amber Ruder. Furthermore, as the report written by Dr. Gale Stringham makes clear, both the ex-husband and the child were told by Amber Ruder that the child “didn’t have to see his mom if he didn’t want to.” Of course, Ruder had zero authority to make this decision because the therapy was court ordered. Keep in mind, Ruder’s function was Guardian ad Litem, not judge or jury.

As a result, Katerina’s son, who was ecstatic at seeing his mother at the first therapy session was not present at the second therapy session due to “something that came up,” preventing the ex-husband from attending the court ordered therapy and obstinately declining to accept any rescheduling by Dr. Stringham until at least a week later. After this long delay between therapy sessions, Katerina’s son began acting mysteriously hesitant about seeing his mother and even contradicting himself about claims made against Katerina’s new husband around the same time the first allegations were made against Katerina.

Furthermore, Stringham’s assessment regarding the possibility of the child having been coached in the second therapy session is comparable to her suspicions earlier in the year after the initial Protective Order had been filed. In a letter to the court, Stringham wrote,


[His] responses during the second visitation raises serious concerns regarding him receiving adult influence. Although it would not be unusual for a child who is reconciling with a parent under similar circumstances to be again guarded at the beginning of another contact, a number of [his] comments both during his one-on-one disclosure to me and during the time with his mother did not sound like the typical language of a child his age. It also appears from his response to receiving the video that he had spoken with someone about her plan to bring the present.

(Note: the “present” was simply a gift Katerina was going to bring to her son after the first session. At the first session, her son was eager to receive the video and was looking forward to it.)

Shortly after this statement was released, Amber Ruder began complaining to the court via the submission of a motion suggesting that the therapist was providing the wrong kind of therapy.

As a result of the continual underhanded tactics of Ruder, Katerina’s ex-husband, and his attorney, Jere Reneer, Katerina was forced to respond via her filing a variety of court motions.

Although Katerina’s motion to the court to have GAL Amber Ruder removed from her case was denied, GAL Ruder is no longer the Guardian ad Litem of Katerina’s case. In fact, perhaps due to public pressure as a result of the coverage from the alternative media and the subsequent protest and contact from readers and listeners all across the spectrum, GAL Amber Ruder is no longer Guardian ad Litem in any capacity on any of her former cases. Ruder has been effectively removed from her position as Guardian ad Litem. In Katerina’s case, GAL Ruder has been replaced by her supervisor, John Moody.

However, the fact that GAL Ruder is gone is no reason to become complacent. The fact is, one GAL has simply been replaced with another. Fortunately, Mr. Moody has acted in a much more responsible manner than former GAL Ruder, administering his duties in a professional and neutral manner. This, in itself, is a vast improvement over the past GAL.

Nevertheless, the fact remains that there is no reason for a GAL to be involved between Katerina and her son in the first place.

Setting aside the issue of whether or not agencies like DCFS and the family court systems should themselves even exist; in this particular case, it is clear that family court system is now acting outside of its jurisdiction. Because Katerina is not charged with any crime by the State of Utah, and because the Protective Order filed against her has now expired (on September 30, 2012), there is absolutely no reason for a Guardian ad Litem to be present. Nor is there any need for interaction with the Juvenile Court (family court) system. Essentially, Katerina’s case is now a civil matter, not a criminal or juvenile court matter.

Regardless, the Utah family court has refused to uphold her Motion to Terminate Jurisdiction Over the Minor Child.

It is for this reason that Katerina now goes to trial. Her court date was originally scheduled to begin Monday January 28, 2013 and continue through Wednesday January 30, 2013. However, because all of the testimony could not be included within this timeframe, the trial date was extended to continue on February 12 and is expected to conclude on this date. This trial will determine whether or not Katerina will be able to seen her son again as the trial is centered around the complete termination of parental rights.

The fact that the trial has been continued to February 12 provides us with yet another opportunity to contact the court and encourage them to administer true justice by returning Katerina’s son to her.

Katerina Jeleva discusses her case with Alan Watt of Cutting Through the Matrix.

Truth on the Tracks with Brandon Turbeville: Katerina Jeleva and her Ordeal with the Family Court System

Brandon Turbeville is an author out of Florence, South Carolina. He has a Bachelor's Degree from Francis Marion University and is the author of three books, Codex Alimentarius -- The End of Health Freedom, 7 Real Conspiracies, and Five Sense Solutions and Dispatches From a Dissident. Turbeville has published over 190 articles dealing on a wide variety of subjects including health, economics, government corruption, and civil liberties. Brandon Turbeville's podcast Truth on The Tracks can be found every Monday night 9 pm EST at UCYTV.  He is available for radio and TV interviews. Please contact activistpost (at) gmail.com.
Posted by Admin at 6:18 AM