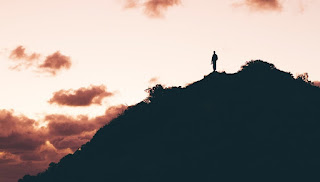 Fast forward five years, after five years of the slaughter in Afghanistan, three years of war crimes and crimes against humanity in Iraq, open surveillance, suspension of habeus corpus, torture, militarized police, public humiliation and sexual assault at airports, and a broadened definition of “terrorism” at home, those of us who spoke out in 2001 found more receptive ears. If only those ears had been listening on September 12, then all of the aforementioned atrocities could have been avoided.

In March, 2020, almost twenty years later, I found myself in the same position yet again. This time, many of the people who had since gotten with the program, spoken out against totalitarianism, police states, wars, and the like, were now shouting at those of who dared to question the all-knowing and (in their eyes) completely justified governments who were not only banning public gatherings, but forcing citizens to cover their faces in public, waging war on their own economies (particularly the smaller businesses) and even regulating funerals, religious services, and whether or not sovereign human beings could hug their own family members. The US government was bad it seemed, except in times when there was the perceived danger of getting sick. In the moment of COVID, they had all come to love Big Brother.

I was particularly shocked at the "patriot" types who had long warned against the "enemy within," themselves so steeped in religious imagery that they constantly preached against a society where the government would regulate who could buy and sell based upon its whims and a twisted sense of "social credit" and compliance. Their own obsessions with staying alive at all costs lead them to embrace the very thing they had previously seen as a harbinger of the end times and an unforgiveable sin.

Nevertheless, at the moment the insanity began, I wrote numerous articles opposing mask mandates, “Lockdowns,” and the attack on civil liberties and economic freedom. I was met with catcalls of “Do you want people to die??” “Well, what are they supposed to do??” and other loaded questions that were always armed with the well-propagandized and psychically driven notion that these governmental policies were not the affront to human life and dignity that they actually are.

After writing for nearly 20 years, I felt more discouraged than I had ever felt. If so many of my readers, who had been right along side me in the fight to end the war on Syria as well as many other battles, were so easily led into not only giving up their own freedom but assisting in forcibly removing it from their friends and family members, then I didn’t see the point in continuing to write words that, at best, would be realized correctly years after the fact and, at worst, be used to convict me as a undesirable in the court of public opinion or government tribunal.

So, I simply stopped. I stopped writing altogether. Soon after, I stopped reading the news. I stopped debating. I stopped talking about the issues I once cared so much about. I didn’t even bring it up. I will spare you all of the details but, in the midst of my hiatus, my personal life fell apart. My health took a downturn. The alternative media lost one of its most important voices when my friend, Alan Watt, passed away suddenly and I replaced the news that I devoured so much with whiskey and vodka. I determined that the scene in the film where my battle with the coming system takes place publicly was over and I would no longer resist openly.

But, for some reason, I still couldn’t give in. Or, rather, I was not allowed to. I simply could not return to the matrix and blend in with everyone else because the great eating machine has now turned itself to feed upon the American people and, once again, it seems I cannot avoid the inevitable confrontation with it. It remains to be seen if either I or the machine will survive that confrontation but, as Alexander Solzenhitsyn said, "Let the lie come into the world, let it even triumph. But not through me."

Dear reader, we may not be able to stop what is coming, but we can at least enter the next life with the dignity of one who has not contributed to it, who refused to allow himself to be consumed and coopted into serving it. Who said you can tell whatever lies you wish to tell, but I will not believe them and I will never repeat them. You can do whatever you want to me, but you can never force me to do it to someone else.

"How little was required for struggle and victory - merely not to cling to life! A life that was in any case already lost," Solzhenitsyn wrote. How right he is.

It's been nearly two years and, reader, I have yet to wear a mask. I have refused on any occasion I was asked and especially when it was demanded that I do so. On some of those instances, my refusal set off a chain reaction, others around me took theirs off also and soon the face covered crowd had faces yet again. Other times I was the only one.

I have refused to "social distance," opting instead to join crowds of unmasked people during the height of the hysteria, even when governmental power declared it criminal to do so.

I have never ever obeyed "stay at home" orders and I have never obeyed Lockdowns. I will simply not comply with tyranny or submit to insanity and hysteria. Neither from my government or from my friends.

Most of us have always been so careful in the alternative media. We've always chosen our words to hide the things we really want to say. But, over the last two years, we've seen where a precocupation with safety and being careful leads. Instead, I encourage you all to refuse to comply at every level.

Do not wear a mask. Do not social distance. Do not shut down your business. Do not take the vaccine. Do not obey. Do not back down from your government or your community members who want to bully you into submission. Resist. The existence of your culture and your country do not depend on presidential candidates or activist leaders. Your very existence as an individual rests on your shoulders alone. If you will not preserve your right to live a free and individiual life, who will? And who should?

And how we burned in the camps later, thinking: What would things have been like if every Security operative, when he went out at night to make an arrest, had been uncertain whether he would return alive and had to say good-bye to his family? Or if, during periods of mass arrests, as for example in Leningrad, when they arrested a quarter of the entire city, people had not simply sat there in their lairs, paling with terror at every bang of the downstairs door and at every step on the staircase, but had understood they had nothing left to lose and had boldly set up in the downstairs hall an ambush of half a dozen people with axes, hammers, pokers, or whatever else was at hand?... The Organs would very quickly have suffered a shortage of officers and transport and, notwithstanding all of Stalin's thirst, the cursed machine would have ground to a halt! If...if...We didn't love freedom enough. And even more – we had no awareness of the real situation.... We purely and simply deserved everything that happened afterward.” - Solzhenitsyn

So, here we are, nearly two years later, and I am typing away at a keyboard again. I am writing.

I do not have any illusions about what effect anything I write may have. I don't know when or if I will write another article. You shouldn’t expect anymore day to day updates on Syria or any other topic. I may write them, but nothing is for certain and I am not making any promises.

The world is heading in a very dark direction. Economies are being destroyed. Freedom is being drawn and quartered. The soul of humanity is being surgically altered. The lights of humanity are flickering and the power is cutting out. The prisoners are now being led out to the courtyard and the guards are taking aim. As Orwell said, "The moral to be drawn from this dangerous nightmare situation is a simple one: don't let it happen. It depends on you."

I have spent two weeks trying to muster up the motivation and the courage to write this article, such as it is. It may be the beginning of a long volley of articles or it may be one of only a handful of the last few I am able to write.

I don’t have a specific purpose to this piece, except to explain my absence and to encourage those few individuals left out there to resist. To encourage all of you to utter the most powerful word in any language that exists in this world . . . "No."
Posted by Admin at 7:52 AM